If you have seen a Bollywood movie you will have been able to observe how fascinating the traditional costumes of India are. In this article, we talk about the traditional garments of the country, both men and women, and we show you photos of them.

Traditional women's costumes in India are characterized by their colorful and fine fabrics. These are the types that take the most today:

He sari or saree It is the most outstanding garment of the traditional feminine dress of India. It consists of a fabric that is about 5 m long and 1.2 m wide.

It coils to the body and forms a dress. A blouse is usually worn underneath it. Also, you can also wear a long skirt known as peikot. The most used materials are cotton and silk.

He sari It can be of different colors and can also have prints or embroidery. Depending on the style, several aspects such as the social level of women, their age, etc. can be known. In northern India, the most commonly used colors are red, yellow, orange and blue, in addition to floral patterns. 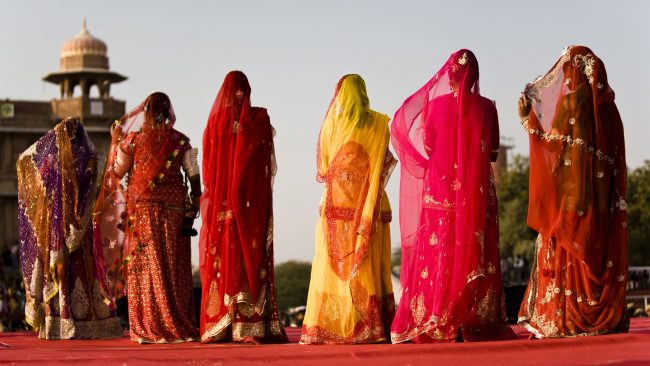 It is the garment that the bride saw during her wedding. However, this time the sari also covers the shoulders and head, and is usually red or pink.

He salwar It is a wide pants that is adjusted to the ankles. It is mostly used in mountainous areas from the north, it is more convenient and practical to perform some work. Men also wear it.

On the head they can wear a duppata, a kind of veil, although you can also put it on the neck, as if it were a scarf.

On this pants a long-sleeved tunic is worn that reaches the knee called kameez. However, it can also be worn with other items such as kurti, a garment that reaches the hip and has embroidery on the neck and sleeves. 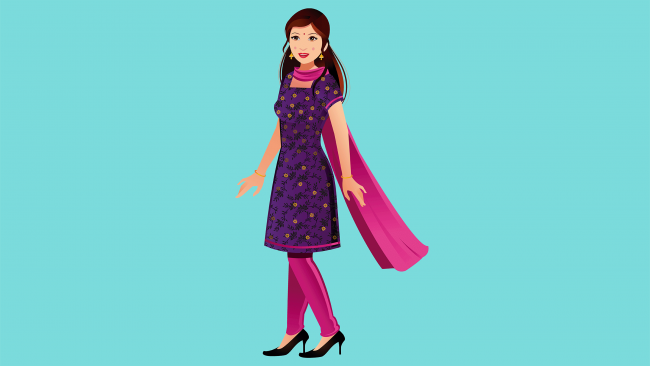 He bindi It is a red dot that is placed in the center of the forehead, just above the eyebrows. It is related to Hinduism and is considered The third eye, the one who sees beyond the outside world. If the woman is a widow, she wears the bindi black.

Men can also wear it. In this case it is called tilaka and is more elongated than that of women.

However, today, especially in cities, the bindi It has become a decorative element, so small and bright jewels are also worn in this area, which are placed as an adhesive. 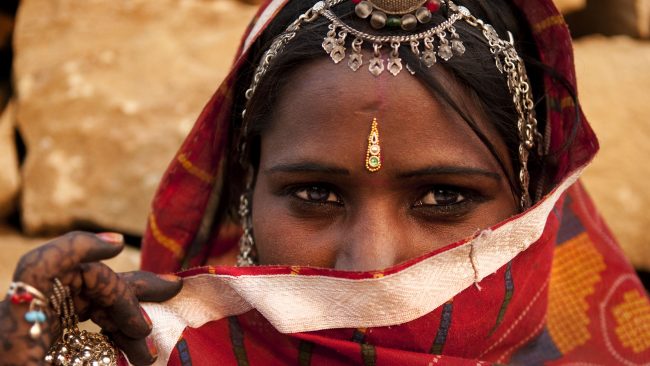 Men's clothing has received influences from other cultures. Although it has centuries of history, it is still used today.

He dhoti It is of Hindu origin. It consists of a piece of colored cotton White or of course it passes through the legs and is rolled around the waist. Its dimensions are approximately 5 m long and 1.2 wide.

Although the dhoti carried throughout the country, it can be seen especially in the state of West Bengal and in the Ganges Valley. 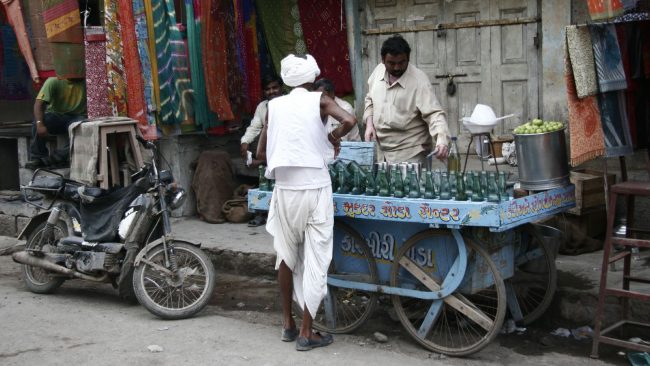 This is usually accompanied by the Kurta or panyabi, a shirt without a collar that reaches the knees and can be used both on a daily basis and for a special occasion.

He sherwani It is a kind of long tunic that has a closed neck. It is decorated with embroidery and can be of different colors. It is the garment that men wear in their wedding. 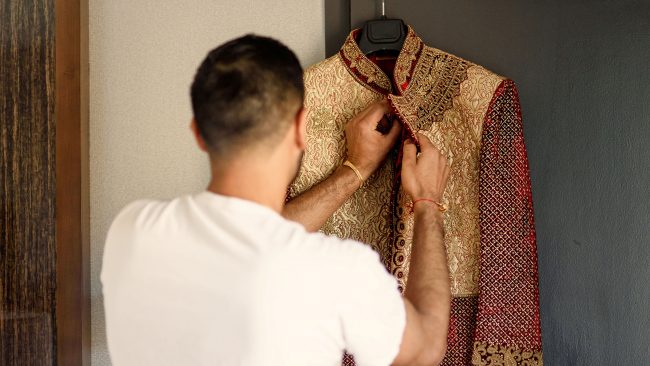 This garment can be compared with a skirt. It is tied to the waist and can be of a single color or have some special print. It is made of cotton and depending on the region has different uses and forms. These are some examples: 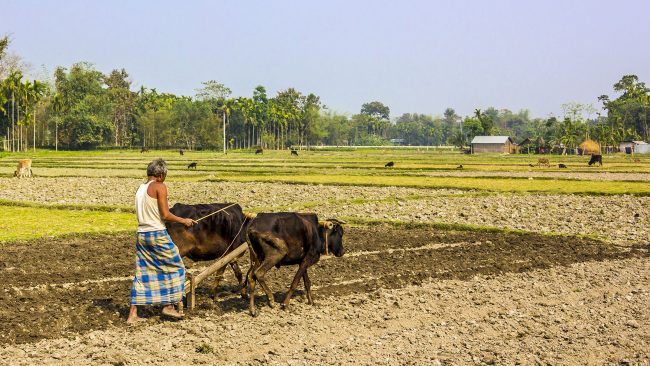 He pagri It is one of the elements of Indian men's clothing that most attracts the attention of visitors. It is a kind of turban They are put around the head. It is usually made of cotton. 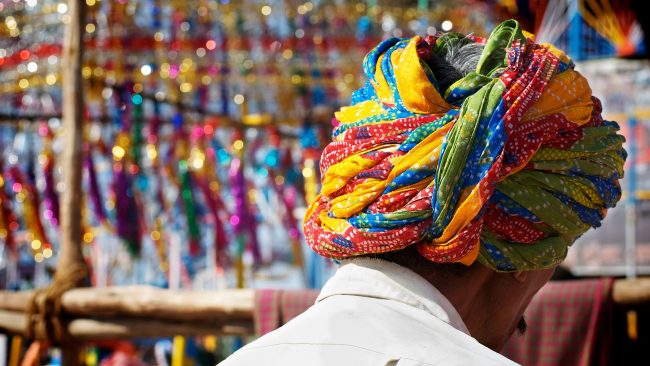 This garment is a fragment of non-sewn fabric and must be tied manually. Depending on the region in which we are, we can observe different types. It is a symbol of honor for the Indians.

This article has been shared 571 times.