The most tourist areas of London do not pose any danger, since they are always full of people and most are controlled by CCTV cameras, including the subway and buses. However, as in any major city, there are certain neighborhoods that are not recommended to visit, which we list below.

Most conflictive areas and neighborhoods

Deciding which are the most conflictive areas and neighborhoods in London is, in reality, a complicated task and subject to the personal vision of each person. Although we cannot generalize, it is true that there are a number of neighborhoods with a reputation for being dangerous or, at least, conflictive.

In broad strokes, the south london it covers the most rejected area to live by tourists and even Londoners themselves, due to the increasing crime rates that have been seen in recent years.

Neighborhoods such as Brixton, Stockwell and Balham, among others, are the least prestigious among tourists and natives. In general, these are areas where there is great ethnic diversity and economic and social problems, as well as a high rate of unemployment and crime. 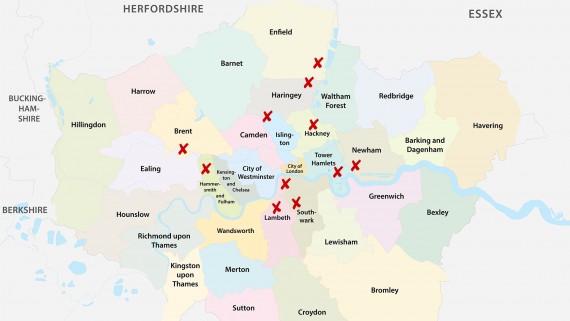 Getting around by taxi, bus or subway is another thing that most tourists wonder if it is safe, especially in the case of the subway. As we have already mentioned, London is a city with a high tourist rate.

For this same reason, during the day you will always find streets full of people walking and visiting the many tourist attractions of the British capital. The same stamp can be observed when it comes to traveling by public transport, which in daylight does not involve any danger, except the presence of pickpockets.

From night, the last subway passes at 00:30, so after midnight people stop seeing the different stations and that is when it is recommended not to walk through these areas, as there could be presence of street gangs or Other conflicting groups. 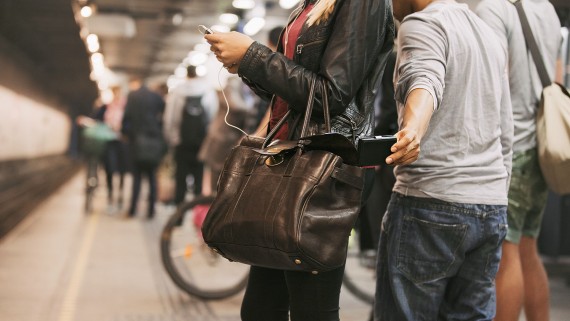 Actually, when it is said that a neighborhood is conflictive or dangerous, reference is not made to the neighborhood as a whole, but to certain areas within it where statistics indicate that it should be caution when accessing them.

They are usually subway stations, crossroads, certain parks or buildings, etc. In any case, here is a list of the most dangerous neighborhoods in the British capital:

Located in the municipality of Lambeth (Greater London County or Greater London), Brixton borders Stockwell, Camberwell and Streatham, among others. In the period from 1981 to 1995 several disturbances took place within it, generally due to the deep social and economic problems surrounding this area. 24% of its total population is of African and Caribbean origin, which is why this area is popularly known as the Afro-Caribbean community of London. 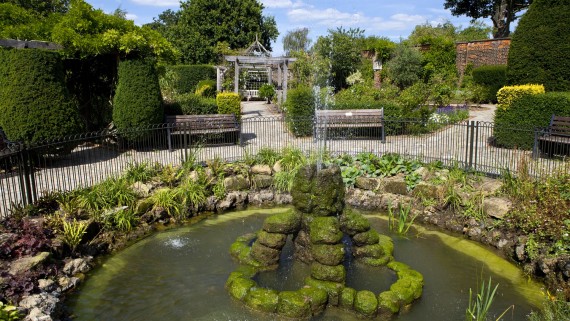 Elephant and Castle comprises the area traditionally known as Newington and it is, in fact, a crossroads located in the Southwark district. Its fame has led to the name of the entire surrounding area, where there are places of certain popularity such as the Elephant and Castle Shopping Center or the big residential block Central Heights Metro. 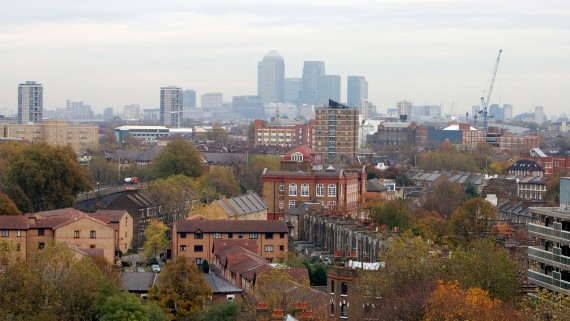 It is a municipality known locally as The London Borough of Hackney and it is located northeast of the city. Like many other neighborhoods in London, it is a multi-ethnic area where there is a strong cultural contrast that causes strong contrasts between its inhabitants. He Hackney borough, composed of a 60% population that does not belong to the group of white Britons, is the area that has the worst reputation of the British capital. 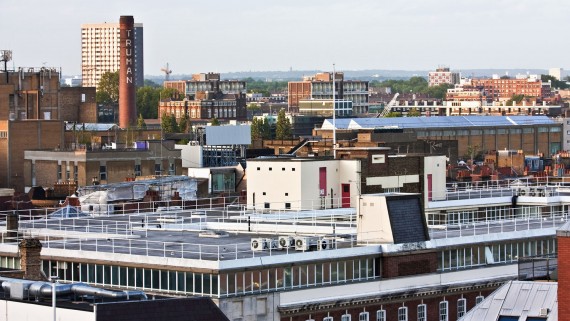 Peckham is another of the neighborhoods considered troubled in South London, in the district of Southwark and 5.6 km southeast of Charing Cross. With its more than 11,000 inhabitants, it is one of the main urban centers of the Greater London metropolitan area. This neighborhood is reputed to be insecure because it can be seen the presence of gangs and also due to the riots that rocked London and England in general in 2011. 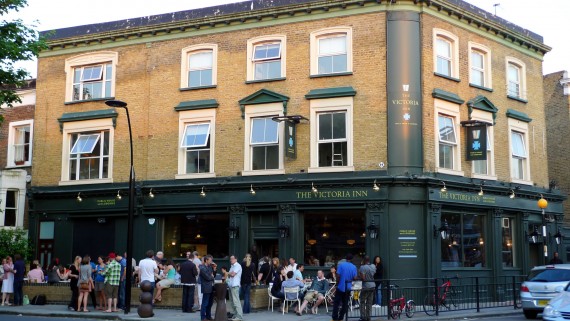 This area belonging to the City of Westminster, in the West End area of ​​London, is one of the main leisure areas of the city. Although today, due to the transformation that took place in the 80s, it is an area out of danger, many are those who still confer some bad reputation, perhaps due to the legacy left by the presence of sex shops and the nightlife during the twentieth century, which gave it a reputation for dirty and dangerous. For its part, Chinatown Nor is it considered a dangerous area despite what is usually thought. 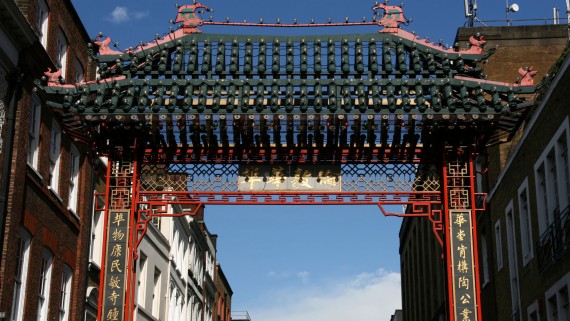 Terrorism is a threat that is very present in the United Kingdom, according to the Interior Ministry (Home office) British.

Thus, during the period from 2001 to 2009 alone, almost 2,000 people were arrested in the United Kingdom for causes directly related to terrorism, of which more than 400 were accused of committing a terrorist offense and almost 300 were convicted.

In short, according to the 2014 Global Terrorism Index, a person who is in the United Kingdom is 188 times more likely to be a victim of homicide, while in the United States this figure is reduced to less than half. 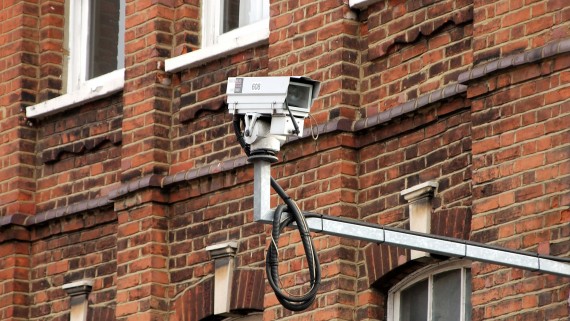 Among the various terrorist attacks that London has seen in recent decades, especially the Attacks of July 7, 2005. Four explosions paralyzed the city's public transport network during peak hours, specifically at 8:50 a.m.

The first three happened on the London subway, while the fourth happened on a bus in Tavistock Square. A total of 56 people died after these attacks and 700 were injured. In short, this was the bloodiest terrorist act in the United Kingdom of recent times.

Also, in 2013 another attack took place at the hands of Islamist terrorism. It was the murder of a soldier in Woolwich, a London neighborhood in the southeast of the capital that has gained a reputation for being very dangerous as a result of this attack.

Since 2012, when the 2012 London Olympics took place, and especially in 2015, London is at risk after the attacks in Paris (France) and Copenhagen (Denmark).

A new case occurred in March 2017, when a car struck several passersby in the vicinity of the British Parliament, a fact that resulted in several fatalities. Again, on June 3 of this year, an attack was suffered in the city in which there were both outrages and stabbings, which left dozens of injured and a significant number of deaths. 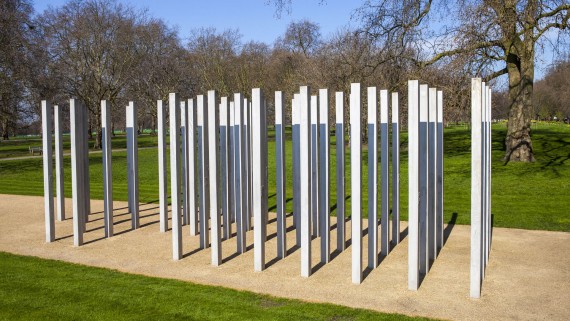 As you may have already observed, if we travel to London and move through the tourist center, we will find ourselves in a safe zone in which we can take a walk and relax.

However, taking a series of basic precautions is always a highly recommended measure, since in London, as in the rest of world capitals, there are thieves, pickpockets and other criminals who go for tourists because they know that their Caution levels are low because you are enjoying what the city has to offer.

So that you do not overlook these details, we give you a series of very useful tips.

If you travel to London, you can keep calm because the city has the oldest police force in the world, the Metropolitan Police Service. This makes London a safe place for tourists.

In addition, it has another 4,000 support agents called Police Community Support Officers that can be seen frequently in the streets and that are prepared to fight small crimes.

The emergency number in the United Kingdom is 999. By calling this number you will be contacted directly with the police, firefighters or ambulance. When calling, you will have to inform the reason for your emergency and then you will be given the corresponding service.

If you have suffered an accident and need to find a pharmacy, go to the hospital or call a taxi, you will be interested to take a look at our article Useful addresses and telephone numbers in London.

Robberies or crimes in the subway

As we have mentioned above, the general presence of thieves and pickpockets in particular in the subway is high. Therefore, the London police have a special service called British Transport Police To treat these crimes.

It also has offices in most important metro and train stations in the city. However, if you cannot access this service, you can always access the traditional Metropolitan Police. 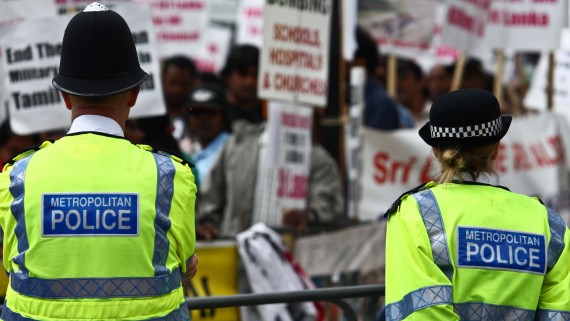 A very basic measure is not to leave valuables or important documents in the hotel room or hostel. In any case, if for whatever reason you cannot carry your passport, credit cards or any valuables, it is best to rent a safe at the hotel.

We have already mentioned this before, but although the subway closes at 00:30 and there are no high rates of night crime in London, we do not recommend walking through dimly lit streets at night.

If you still can't avoid it, the most sensible thing would be to always be alert and avoid doing activities that may diminish your attention, such as looking at the mobile phone and wearing headphones. Also, if you take a night bus, we advise you to sit on the first floor, since it is an area visible to the driver.

In London there is an important network of pirate taxi drivers whose main objective is the tourist unaware of London's reality.

Special care must be taken with these illegal minicabs, since not only do they not have the permission to transport passengers, but many times their vehicle does not comply with the optimal state to drive, thus increasing the risk of a traffic accident.

To make sure you don't take an illegal taxi, try to get it through an office and set the price of the ride as soon as you get in the car.

If you travel to London with children, remember not to lose sight of your child for a single second. Although this advice may seem super obvious, it should be taken into account in a city as large as London.

With all the people who walk through the city center, neglecting a moment can mean not finding it in the crowd. If it is very small, a good option to be sure could be to use a safety harness for children.

This article has been shared 156 times.