The Isla de Lobos It is located northeast of Fuerteventura. Separated by sea ​​arm The River, in the Strait of La Bocaina, 2 kilometers wide and 10 meters deep. 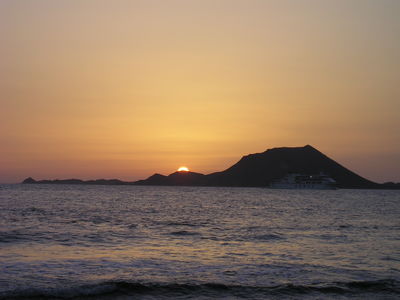 It can be seen perfectly from the coast of Corralejo and is accessible by boat, the “Majorero”, which leaves the port of Corralejo daily at 9:45 am. The ticket costs between € 15 and € 20. 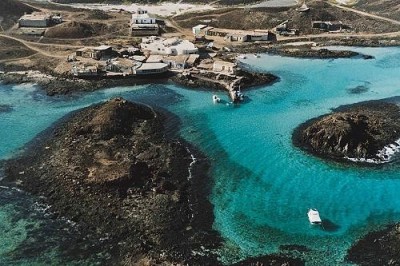 The island has 468 hectares, where its highest height is the La Caldera Mountain, with 127 meters. The Lighthouse of Isla de Lobos He saw the birth of the poet and ceramist Josefina Plá. It has a camping area and a traditional restaurant. 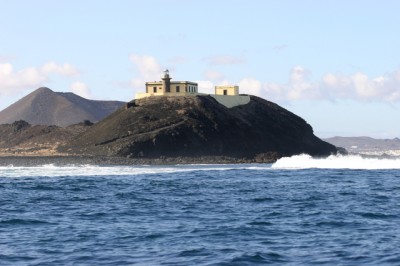 During the fifteenth century, Isla de Lobos was an ancient sanctuary of pirates and monk seals. Unfortunately today there is not a single copy. Although on its flooded coasts salt flats are formed to which the birds that nest in the cantiles of La Caldera come. 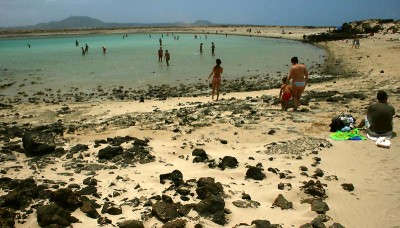 The island is part of the Protected Park of the Dunes of Corralejo. It has been officially declared, bird protection zone, being one of the best preserved areas of the Canary Islands. Populated by a flora composed of endemic species of high ecological value, it is a refuge for a large population of sea and migratory birds. The seabed of the island is declared Underwater Reserve.
Scuba diving is a highly recommended activity in the La Concha Beach for its crystalline waters.