The National Museum Il Bargello It is located in the capital of the Tuscany region, Florence (Italy) near the Lady’s Square. It is located in the Palazzo Bargello, which previously worked to house the Consistory of Florence, and was later used as a prison. The building was carried out between 1255 and 1261 and is the oldest seat of government in the city. Originally it was the residence of the police spy chief, “Bargello”, hence the name in 1886 began his sculpture museum profile, and from that moment he received donations from different characters, such as Louis Carrand, French antique dealer, who donated works of art, gothic and renaissance. Also pronounced Costantino Ressman, an ambassador and collector of weapons and Giulio Franchetti donated his collection of fabrics dated between the sixth and eighteenth centuries. 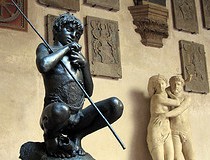 The distribution of the museum is as follows. On the first floor is the Hall of Miguel Angel, where several of his works are exhibited, such as the drunken Bacchus, the bust called the Brutus, among others, which are also accompanied by the works of other artists. There are several masterpieces that can be admired in the galleries, among which several artists such as Brunelleschi and Cellini stand out, in addition to having collections of ivory, enamels, jewels, tiles, upholstery and weapons, but the most important museum treasure , it becomes one of the legendary works of the famous sculptor and artist “Donatello” the David. Its restoration has been completed and truly stands out among the other works by the same author who also reside in the museum. 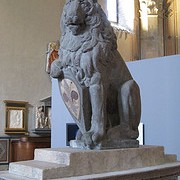 Definitely the Il Bargelo Museum has many impressive works to offer, however it is not the busiest, since the most popular galleries have taken center stage. However, this allows connoisseurs to enjoy more peace of mind by not having to queue or wait to visit. The cost of admission is 4 euros, being significantly cheaper than the rest, without neglecting the quality. 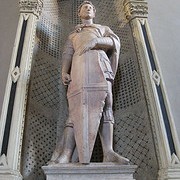