The famous Sanjusangen-do Temple is a famous Buddhist temple throughout the world for preserving the Japanese cypress figure of the goddess of a thousand arms and a thousand more life-size statues of the “thousand armed Kannon,” which they are on the sides of the mentioned statue, distributed in ten rows and about fifty columns guarded by 28 protocol guardians. The name of the temple literally denotes “Hall with thirty-three spaces between columns”, alluding to the meticulous architecture of the main hall found in the sacred building. 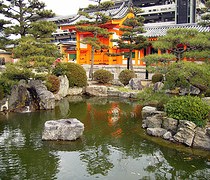 The history of the temple is located in the EDO period, when Taira no Kiyomori concluded the construction of the temple under the command of Emperor Go-Shirakawa, in 1164. Next, in January, the temple witnessed the famous event called “Rito del Sauce”, in which the faithful are touched with a sacred branch of willow on their head, to cure and prevent migraines and other diseases. 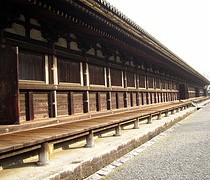 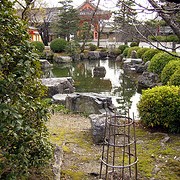