In Spain we can find several Japanese restaurants in Madrid Y Barcelona. It is a cuisine that has evolved over time, beginning with the Ancient Age, in which the kitchen was greatly influenced by Chinese food. Later in the Middle Ages, it was evolving until the modern age, in which western culture was introduced. 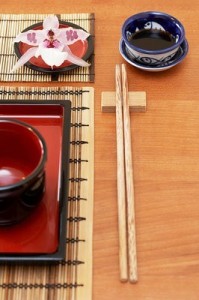 The japanese cuisine It is based on the emphasis of seasonality of food, presentation and quality of ingredients. There are many versions about the fundamental ingredients of Japanese food. Some believe it is the Sushi, or stylized meals like the kaseiki. Some Japanese believe that the fundamental is the daily food of the Japanese, especially that which existed in the It was meiji (1868-1912), before World War II. There are few modern Japanese who know their traditional cuisine. 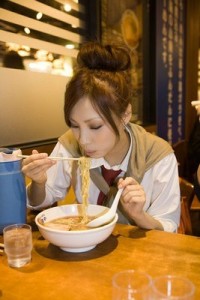 For food to be considered Japanese, there are some essential condiments that can not be missing, such as salsa soy (sho yu), dashi Y miso. Are also present Sake, konbu, onion, leek, sesame seeds and oil, gomashio, nuts and wasabi. 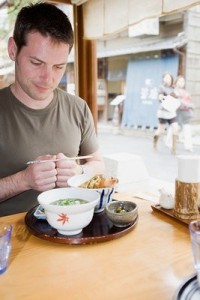 Preparing food in a Japanese restaurant.