The Kaiser Guillermo Church, also called Church of Remembrance (Gedächtniskirche in German), is located on Breitscheidplatz, near the Kurfürstendamm avenue in Charlottenburg, Berlin.

World War II left this church in ruins, and it has been preserved that way. It has been declared a protected and commemorative monument against war. 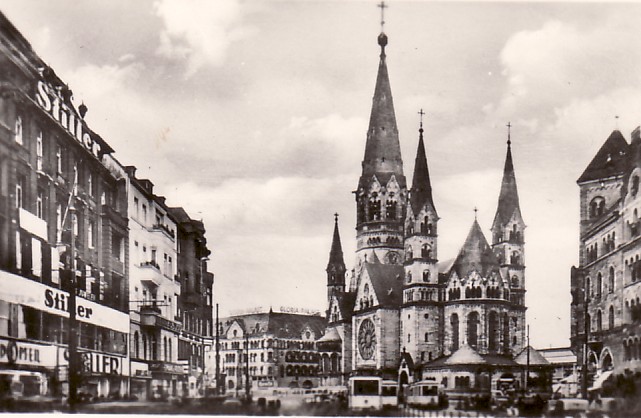 This church was a gift he gave William I to his grandfather William II. It was built between 1891 and 1895, has a neo-Romanesque architectural style.

At present, a section of its original construction, a huge 68-meter towers, four parts built in 1961 and the modern part of the church are made up of two towers that by their shape resemble a powder and a lipstick.

In 1961 a church of blue glass and octagonal shape was built next to the Kaiser Guillermo Church. This building was carried out with the aim of providing an idea of ​​unification and balance between ancient and modern architecture.

The area surrounding the church is also interesting, the atmosphere is curious about this church, there are many young tourists, street performers with interesting shows and craft vendors.