The Alameda Park It is in the center of Santiago de Compostela. Flanked by the South Campus university and west of historical center of the city, from where it is accessed by the Porta Faxeira (of the beech trees). It is composed of three differentiated areas: the Paseo de la Alameda, the Carballeira (oak) of Santa Susana and the Paseo de la Herradura (Ferradura). 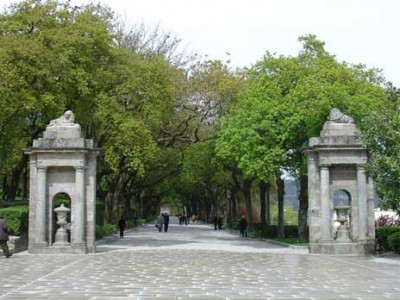 It has an area of ​​56,000 square meters that are covered in about 30 minutes with a guided tour. But a free visit guarantees us hours of relaxation in the large areas of shaded grass, with granite benches with cast iron backings where to stop at the photographic expedition from which we will take a treasure. The Alameda accumulates a interesting botanical review with large specimens, that’s why here the Compostela Parks and Gardens Interpretation Center. 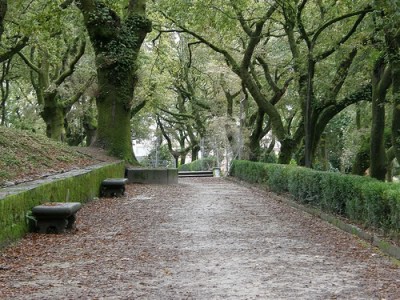 Since the nineteenth century it is the main promenade of Santiago, as well as lung and social hall. The people of Santiago carry out multiple activities in it, such as the Book Fair held in April and the summer celebrations. 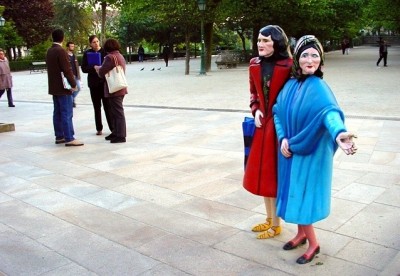 Upon entering we receive the statue of Las Dos Marías or Las Dos en Punto, a polychrome sculpture reminiscent of two sisters, very make-up and dressed in bright colors, who walked on time every day and gained popularity among the population.
From the Paseo de la Ferradura, the chestnut pergola of India is the best known viewpoint of the Santiago’s cathedral. Any time of day is good to contemplate the spiritual center of the city from here. 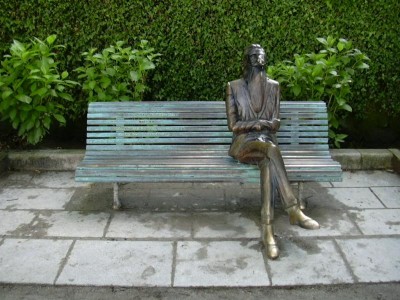 On top of the Santa Susana hill, we found the chapel consecrated in the twelfth century and rebuilt in the seventeenth to keep the relics of Santa Susana.
The Galician Letters Walk It is chaired by the monumental statue of Rosalia de Castro and we are surprised by others at street level, such as Valle-Inclán, which rests on one of the park’s benches.