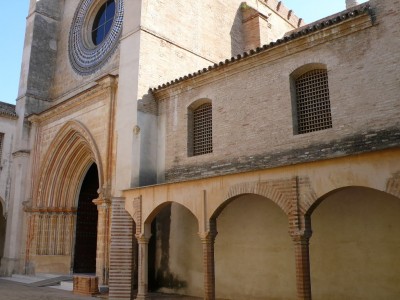 Since its origins, by 1400, it has suffered severe crises alternated with moments of great splendor and has been exposed to flooding by the floods of the Guadalquivir. 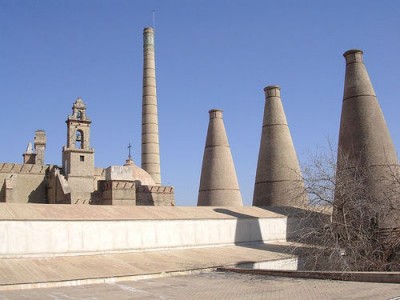 After many occupations and evictions, at the beginning of the 19th century it was bought by the English merchant Charles Pickman who turned it into a crockery and porcelain factory Who achieved worldwide fame. Until 1982 it worked as factory and monastery. I remember that step left five furnaces and several chimneys next to the monacal core. 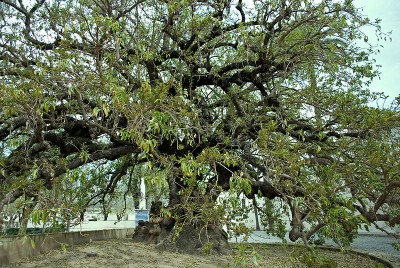 On the occasion of the 1992 International Exhibition It was restored and became the Royal Pavilion. Today it houses the Andalusian Center for Contemporary Art. 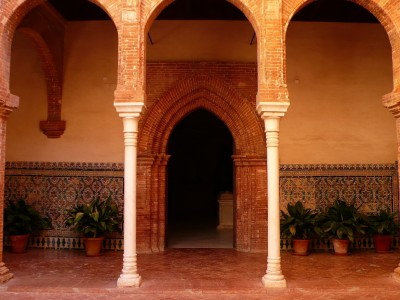 Featured on our visit:
The Chapel of Santa Ana, Mudejar style, built as the burial of Christopher Columbus, and was used as such for 30 years. Famous is the ombú whose plantation is attributed to the discoverer’s son. In the gardens you see the monument in honor of Columbus raised by the Marquise of Pickman.
The church, Mudejar, contemporary style of the Cathedral. The Sacristy that kept works of Zurbarán. The Chapter of Monks, with the marble tombs of the Ribera family, with beautiful murals. The Chapel of the Magdalena, which served as a church and boasts murals and tiles of great value. And an excellent ceramic collection from the time of the factory.