The “City of London”, is also called “The City” or “Square Mile”, for having an approximate extension of a square mile.

It is a neighbor of the city of Westmisnter and development center of the current city of London. During the Middle Ages the City constituted the city. Currently there live less than 9,000 inhabitants, although more than one million people work on it every day. It’s one of the financial centers most important in all of Europe and, arguably the heart of London.
Some sectors of London Wall, which protected it in times of its Roman foundation, remain visible in the area of ​​the Tower of London, the London Museum and the church of St. Alphage. 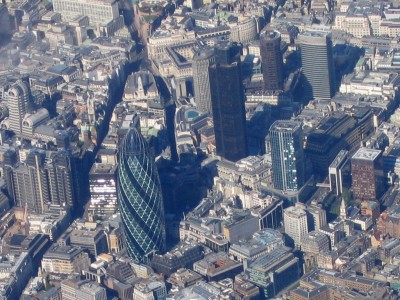 The City caught fire twice: 1212 and 1666. The latter was called Great Fire of London, because the fire, which left only one fifth of the area standing, burned for 3 days.
In recent years it is spreading with new and modern office buildings to the areas of Southwark and Hackney. The contrast between the old City and the modern avant-garde skyscrapers that are being built, such as the “pickle” of the architect Norman Foster. All around the St. Paul’s Cathedral and the churches of Wren, in a maze of old streets. 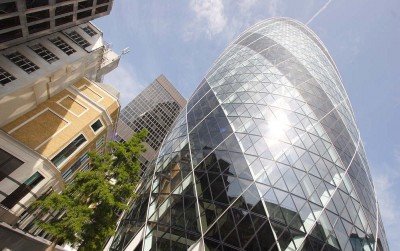 To visit this neighborhood it is interesting to go on a weekend since there is almost no commercial activity in it. The bad thing is that few bars and pubs have their doors open in those days.