The Northern Cemetery, known as “La Recoleta”, is located on 1760 Junín Street Recoleta neighborhood from the city of Buenos Aires. It occupies almost 6 hectares of land that belonged to the garden of the Franciscan Recoletos Convent, where the name of the neighborhood comes from. 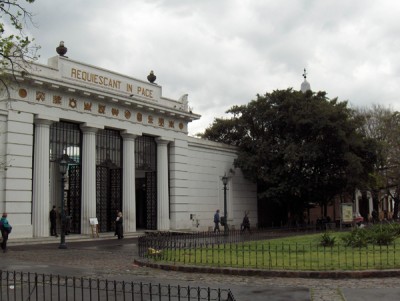 It was the first public cemetery in Buenos Aires, created in 1821. Its design was in charge of the French engineer Prospero Catelin and, in its existence, has undergone two major restoration interventions. It houses about 6,000 graves, each with history.

It is one of the most recognized cemeteries in the world because it houses a large number of works by Funeral architecture and sculptures of great masters National and international. Highlighting the collection of stained glass windows in the vaults and the abundant funerary symbology that adorns them. It is considered a National Historical Museum, and more than 90 vaults have been declared a National Historical Monument.

Illustrious people in the history of Argentina are buried in Recoleta, among them Presidents of the Nation such as Raúl Alfonsín or Domingo Sarmiento, writers such as Adolfo Bioy Casares, scientists such as the Nobel Prize Luis Federico Leloir, artists and all kinds of men who forged history. 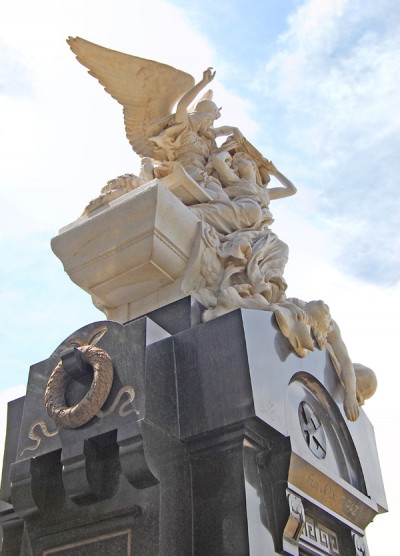 Leaving behind the entrance porch, with double row of Doric columns and frieze with allegories of life and death, we find the Catholic Chapel presided by a sculpture of Christ in Carrara marble. In front of the Chapel we will see the pulpit for ceremonies of other cults.

The schedule Cemetery of Recoleta is daily from 8 to 18 hours. Every last Sunday of the month, at 2:30 p.m., they are organized Guided visits Free of charge. 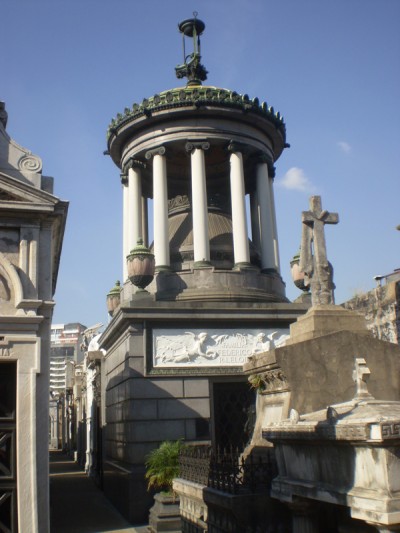