With two thousand years old, the Roman Coliseum It remains the symbol of the eternal city, which attracts thousands of visitors every year. This means long queues and endless waiting. Here we present a small interactive guide to get to know in depth the Roman Coliseum. 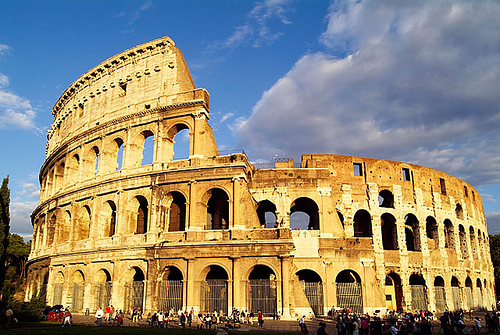 He Roman Coliseum It is probably the most famous monument in the world, known for the colossal bronze statue of Nero in the second century AD. C that was placed near the monument, and that it was actually baptized with the name of Flavio Amphitheater.

The historic complex was dedicated to fighting and games between gladiators, as well as simulations of hunting wild and exotic animals.

The exterior consists of four superimposed architectural orders: the first three are formed by eighty arches framed by half columns, while the fourth order is divided into panels interspersed with windows. 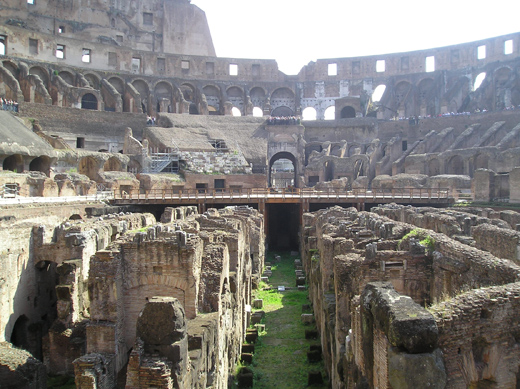 In the last order it was issued on wood and masonry substrates to support a huge canvas that served to protect the spectators from the sun and rain. The stadium was built with a large wooden table covered with sand. In the basement there was a long series of tunnels in which the beasts were held captive, and where the scenic equipment and elevators are preserved.

At some times of the year it is possible to descend to the bowels of the monument, in familiar environments dating from the 5th century A.D. To overcome the issue of long lines you can buy the ticket in advance through the contact center or on the tourism website www.coopculture.it. 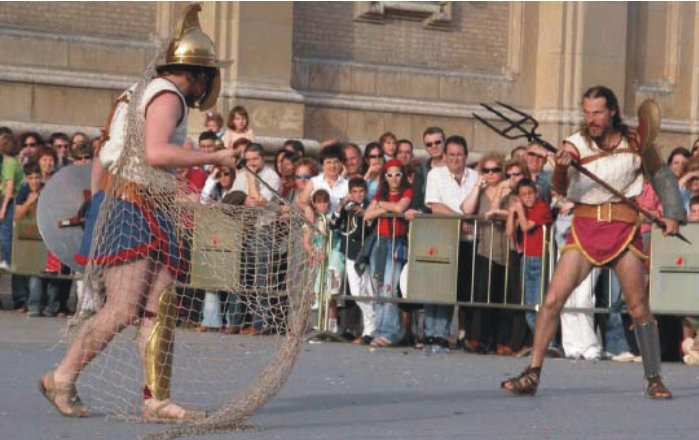 The same happens with the purchase of one of the two tourism cards: the Rome Pass valid for 3 days (with free access to the Colosseum without queuing), and the Archeology card valid for 7 days (includes an entry for each of the following sites: Palazzo Massimo, Palazzo Altemps Crypt Balbi, Hot Springs of Diocletian, the Colosseum, the Palatine, Baths of Caracalla, Villa dei Quintiles, and Mausoleum of Cecilia Metella).