Lisbon With all its elegance and beautiful tourist landscape, it has two large bridges with a lot of history: 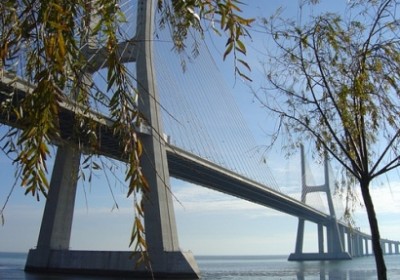 On the one hand we have the Vasco da Gama Bridge, which is located in the Grande Lisboa to connect Montijo and Sacavém.

This bridge is built on the Tagus river and it was open to the public in 1998.

Without a doubt, the bridge is the longest in Europe, with 17.2 kilometers of extension. Its construction originates in the search for an alternative option to the route of the 25 de Abril bridge, since the traffic in the area constantly produced bottlenecks on the bridge.

Due to the magnitude of the work built and the proximity to which it is arranged with respect to the Natural Park of the Tagus Estuary, several preventive measures had to be taken so as not to cause damage to the ecosystems in the area. 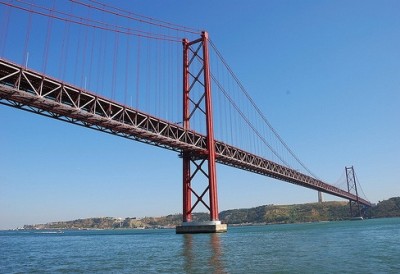 In fact the important change in the area, had as response the mobilization of 300 families that lived nearby and had to be relocated before the construction of the bridge.

The 25 de Abril Bridge, on the other hand, also over the Tagus, was built in 1960, and has an extension of 2 km. Of older construction, this bridge has metal grilles that make it a danger for vehicles traveling at more than 70 km / h.