The best water parks stand out for their vertiginous slides and their offer for the whole family. In this list we show you the most outstanding ones in which we can bathe in Spain. Although they are spread throughout the country, few are located in the north, since in this area of ​​the country the climate is less warm. What is the best water park in Spain?

In Aquavelis we found several types of slides among which is Kamikaze, which has a descent of 80 meters. This places it among the best in Andalusia. 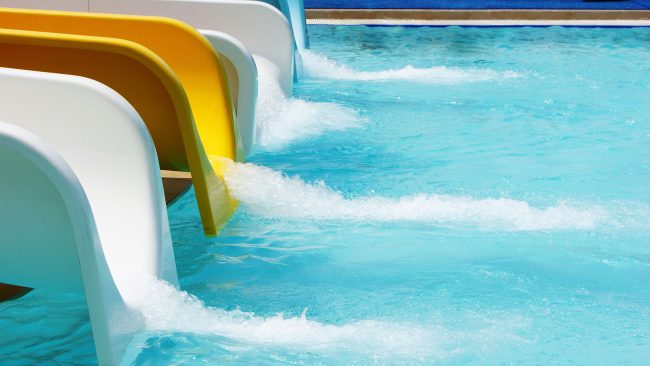 Inside of the Cerceda Aquapark Children can choose between three different children's pools. In addition, there is also a wave pool and a jacuzzi, apart from the different attractions. It is one of the few water parks that we can find in Galicia.

In Aquaola They offer nine different attractions and pools. Its services include the minibus, which leaves from Cenes de la Vega, six kilometers in Granada, and is free.

The most impressive slide of Acua Water Park is Rio Grande, which has a route of 100 m. They also organize different events, such as theme days and concerts. 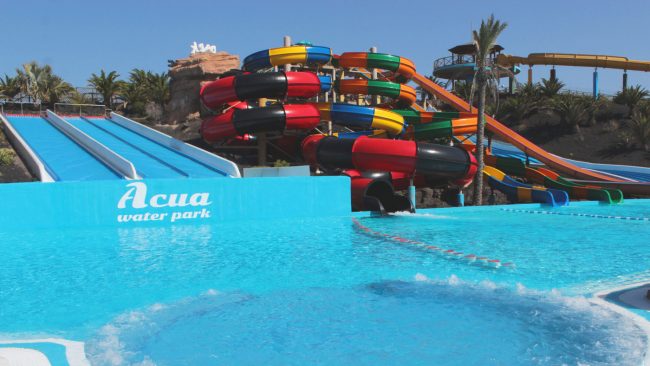 In Aqualand Maspalomas they have an attraction since 2015 formed by high-speed slides that lead to eight lanes. Among the activities offered is bathing with sea lions.

A total of thirteen attractions are open to the public in Aquasierra, thirty kilometers from Córdoba. Among its services is the VIP terraces, ideal for resting peacefully.

In Mario Park We found two lakes and a wave pool. Also, among the different attractions is the mystery cave, which you will have to ride to know what's inside.

In Aquopolis Seville the star is Turbolance, a set of united attractions that get you to live different experiences in a single trip. If you plan to return several times, you can purchase a annual pass. Here is the promotional video of the park:

In Aquopolis Villanueva de la Cañada They classify the attractions into three types, depending on their degree of intensity:

High emotion
six attractions for the most daring among which stand out Turbolance and Waikiki Jungle.
Moderate
Seven models aimed at young and old. The beach, Malibu Beach, has a total of 2,000 m².
Children
Two exclusive areas for children.

In Marineland They organize dolphin exhibits. In addition, there are other animals such as sea lions, penguins and parrots, which also have their own show. On the other hand, there are water attractions of various types. 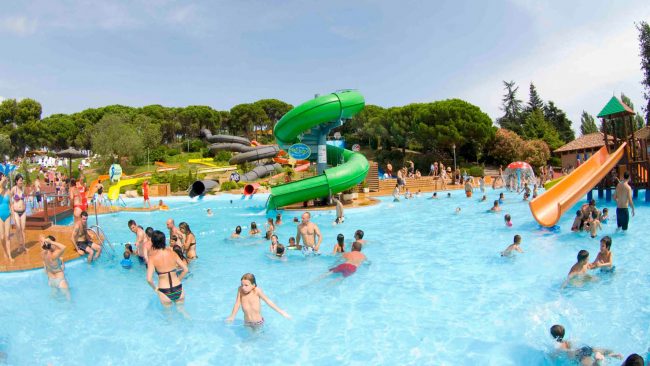 Aqua tropic It is one of the most special parks in the south, as it is the only one in the country where water is salty, which helps to take care of the environment. It has a total area of ​​35,000 m².

In Aqualand Torremolinos The attractions are divided into four distinct categories:

Adrenaline Fun
the twelve most impressive and vertiginous attractions of the park.
Kidzworld
a children's area so that the little ones can also enjoy.
Family fun
a pool of 1,440 m² focused on the whole family.
Chill out & play
An ideal bubble pool to relax.

In Aquopolis Cullera you can relax in the Volcano Jacuzzi. However, if you want to have fun with friends, you can do races on the slides called Speed ​​race. Children measuring less than 0.9 m enter free. In this video you have a summary of your offer:

In Aqualandia You can jump on the highest slide in Europe and the highest slide-capsule in the world, which is 33 meters high. In total, we found twenty different attractions that you can see in the following promotional video:

This water park is considered the best in the world thanks to its impressive attractions. Among them stands out Tower of Power, a 28-meter slide in which 80 kilometers per hour is reached and ends up passing under a giant aquarium that contains sharks and blankets. 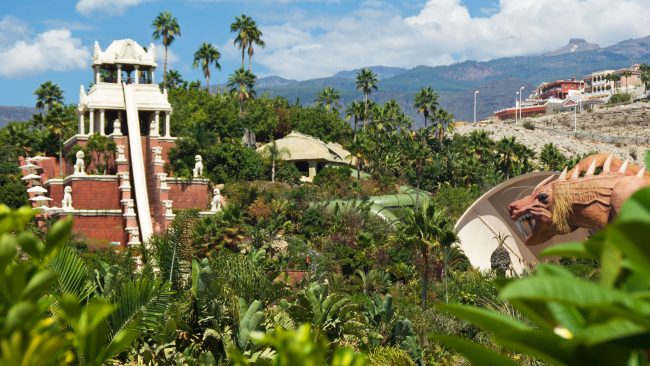 However, in Siam Park there are also some children's areas and to relax, as well as a wave pool that produces the artificial wave biggest in the world, because it reaches three meters high.

In this video you can see how exciting it is to jump from Tower of Power, its highest slide, only suitable for the most daring:

Thanks to the good weather on the island, Siam Park remains open throughout the year, although in winter it has a somewhat reduced schedule.