The world's leading airlines for passenger transport can be classified by countries. Depending on the routes they operate, we find regional, network and large-scale airlines. Here we offer you a list with the best international airlines.

This airline is based in Valencia and operates as a franchise for the Iberia airline. Air Nostrum makes more than three hundred daily flights and has a fleet of more than sixty last generation aircraft. In addition, it offers flights to destinations within Africa and Europe.

It offers more than two hundred daily flights and has bases at the airports of Gran Canaria, Asturias, Palma de Mallorca and Barcelona. Among its frequent routes are those whose destination is Gran Canaria and Tenerife, both north and south.

This Spanish airline was founded in 1927 and currently leads the routes that connect Europe with South America. Its base is located at the Madrid-Barajas Airport and offers flights to more than one hundred destinations in forty countries. Although it is not a low-cost airline, frequent passengers can regularly access promotions and discounts when buying tickets. 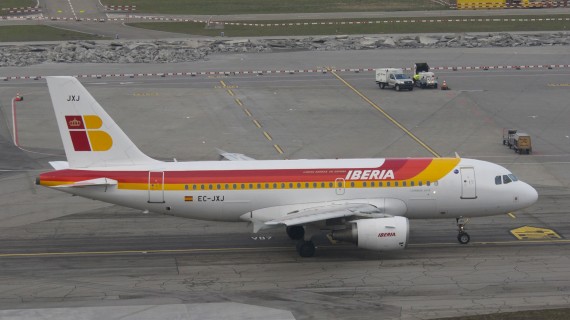 This company is considered one of the safest in the world and is based in Cologne. It has more than five hundred aircraft and, together with Thai Airways International and United Airlines, is a founding member of the airline alliance Star alliance.

After Lufthansa, Air Berlin is the second most important airline in Germany and one of the most important in Europe. Its main airport is Berlin-Tegel Airport, Berlin (Germany).

Make routes to mainly tourist destinations in the Mediterranean, including the Balearic Islands and the Canary Islands, and also to North America, the Caribbean and Asia, among other international destinations. 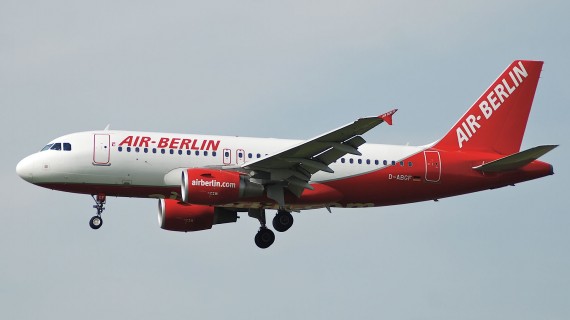 This airline belongs to the Lufthansa company and is based at Düsseldorf Airport, in Dusseldorf (Germany). This airline was founded in 1993 in Dortmund and, later, signed some agreements with AirFrance and KLM Royal Dutch Airlines to link some German airports with others in Paris and Amsterdam. Currently, Eurowings operates national and international routes for the low-cost company Germanwings.

This airline is one of the world's leading companies and the number one in terms of flight offers between North America and Europe. British Airways is also the most important airline in the United Kingdom and has routes to Europe, Africa, Asia, Australia, South America and the Caribbean. 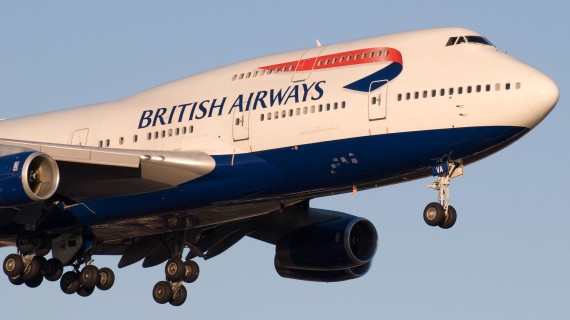 This regional airline of British origin is based in Aberdeen, Scotland. It performs passenger flights nationwide and its main base is Aberdeen airport.

Since it has a type A operating license, BMI Regional also carries cargo and mail transport. This company was founded in 1987 under the name Business Air and changed its name to the one it currently maintains in 2001. It is currently owned by the German Lufthansa.

This airline has been operating since 1968 and also operates flights for cargo transportation. Among its destinations are: Colombia, Cuba, USA, Honduras, Panama and Guatemala. It also operates domestic flights within the Cayman Islands and Jamaica.

Its international destinations are France (Angers) and Norway (Bergen, Oslo and Stavanger).

This airline is based in Glasgow International Airport and is owned by British Airways. It began its activity in 1962 and operates regular flights nationwide to Scotland (Aberdeen, Barra, Campbeltown, Edinburgh, Glasgow, Inverness, Islay, Kirkwall, Sumburgh, Stornoway, Tiree and Wick, among others), Northern Ireland (Derry / Londonderry ), England (Manchester) and the Isle of Man. Their international flights only reach Dublin and Cork, both destinations located in Ireland.

Since its founding in 1933, Air France has transported billions of passengers on its routes in more than three hundred cities and within 85 countries. Together with airlines such as Alitalia and Aeroméxico, it is part of the alliance Sky team. 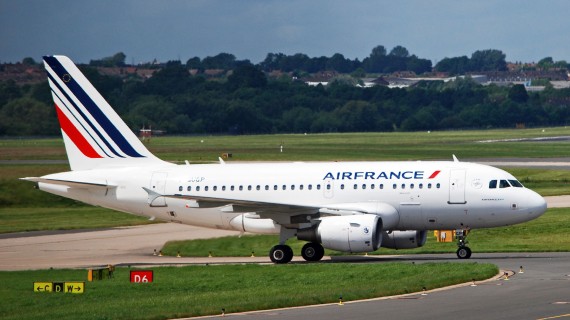 This company, whose full name is Aigle Azur, Société Transports Aériens, is based at Paris-Orly Airport (ORY). Its foundation took place in 1946 and since the 1950s it operated international flights thanks to which it connected France with Africa and Asia.

Currently, among its destinations outside Europe are Algeria, Burkina Faso, Mali, Morocco and Tunisia. Within Europe, it operates flights within France (Lille, Lyon, Marseille, Mulhouse, Paris and Toulouse) and to Spain (Malaga) and Portugal (Funchal, Porto and Lisbon).

Airline originating in Belgium that has its main base at Brussels Airport. Brussels Airlines has two types of services on flights to Europe: B-flex, executive class with full services; and, B-light, class with low-cost flights that only includes basic food.

Scandinavian Airlines System started operations in August 1946 and is currently a multinational that operates in Norway, Sweden and Denmark. Most flight deals are destined for countries in North America, Europe and Asia.

Founded in 2001, Swiss is the most important airline in Switzerland. Swiss offers routes to different countries in North America, South America, Africa, Europe and Asia. 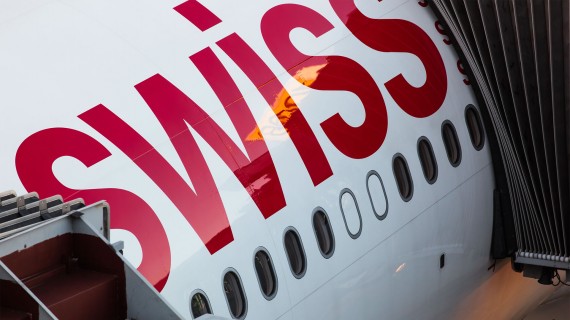 Portuguese Air Transport is the leading airline in Portugal. Most of its flight offers are related to destinations in Africa, Europe and South America.

Founded in 1966, Transavia is a French-Dutch airline that is characterized by offering low-cost flights to vacation destinations in Italy, the Canary Islands, Catalonia and Greece. Transavia is part of Air France-KLM.

This airline was founded in 1919 and is currently the main airline of the Netherlands. KLM offers flights to more than 130 cities in the world and has business and economic class on all its flights.

Commonly known as Airlines, is the main airline of Argentina and one of the largest airlines in all of Latin America. It covers a wide range of destinations within Argentina departing from the Buenos Aires airport, among which are:

Within the Americas, this company operates flights to the US, Mexico, Cuba, Bolivia, the Dominican Republic, Brazil, Colombia, Paraguay, Peru, Uruguay, Venezuela and Ecuador, among others. It also offers two European destinations: Spain (Barcelona and Madrid) and Italy (Rome).

The most important airline in Mexico that, together with its subsidiaries Aeroméxico Connect and Aeromexico Travel, has almost one hundred aircraft. It offers the Club Premier frequent flyer program and regular flights to Canada, Colombia, Costa Rica, Cuba, United States, Peru, and others.

This is the name given to the aero-commercial consortium that emerged from the union between the Chilean company LAN Airlines and the Brazilian TAM Airlines. LATAM is currently the largest airline in all of Latin America and is ranked ten worldwide.

LATAM also offers flights to Europe, with destinations such as Spain, Germany, France, Italy and the United Kingdom; and also to Oceania (Australia, New Zealand and French Polynesia).

It is an airline of Colombian origin. It was the first founded in America and the second in the world. Founded in 1919, Avianca owns the most modern aeronautical fleet in Latin America.

Its main airport is El Dorado International Airport, Bogotá (Colombia). Avianca has signed code-share agreements with international airlines such as Aeromexico, Iberia, Lufthansa, United Airlines and US Airways, among others. 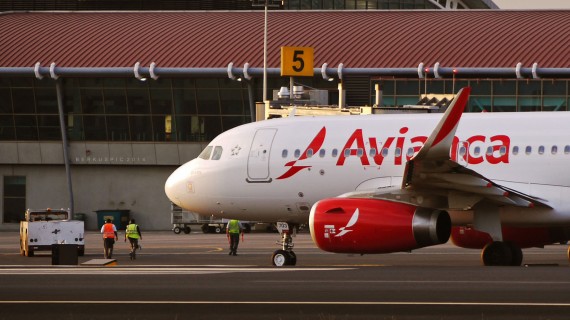 It is the second most important company in Colombia after Avianca. It is headquartered at the El Dorado International Airport in Bogotá, Colombia. It covers both national and international destinations from this airport and other Colombian cities.

The company has been operating since 1993. Among its destinations within Colombia, this airline flies to Barranquilla, Bogotá, Bucaramanga, Cali, Cartagena, Cúcuta, Medellín, Pereira, San Andrés Isla and San José. Outside of Colombia, these are their destinations: Aruba, Costa Rica, Cuba, Ecuador, Guatemala, Mexico, Panama, Dominican Republic and Venezuela.

It is an airline passenger transport and cargo. This airline transports more than 100,000 passengers per month, thus leading the Chilean air market and 5% of international air transport. It began its activity in 2001 and operates international flights since 2008 to Bolivia, Argentina, Peru, Brazil and Ecuador.

The airline Air Service to National Territories (SATENA) It has been operating since 1962 and is of Colombian origin, based at the El Dorado International Airport. It is considered the second line with the highest level of occupation in the country. At present, it makes national flights from Medellin to Bucaramanga, from Bucaramanga to Cúcuta, from Cúcuta to Ocaña and from Medellín to Cúcuta, with an average frequency of one flight per day.

Known as AA, American Airlines is the world's largest airline based on annual revenues. American Airlines has a fleet of over 600 aircraft and is based in the city of Fort Worth, Texas. Its routes cover the entire North American territory, the Caribbean, Canada, China, India, Japan, and Latin America.

This airline is the third largest in the United States and is headquartered in Chicago, United States. United Airlines has a fleet of more than 250 aircraft and has routes to more than two hundred destinations.

It was founded in 1939 under the name All American Aviation Company, which later became USAir and, finally, changed it in 1996 for the one it currently owns. It offers a wide range of destinations both in the US and in Latin America and Europe, among the latter Germany, Belgium, Spain, France, Ireland, Italy, the Baos, Portugal, United Kingdom and Switzerland. 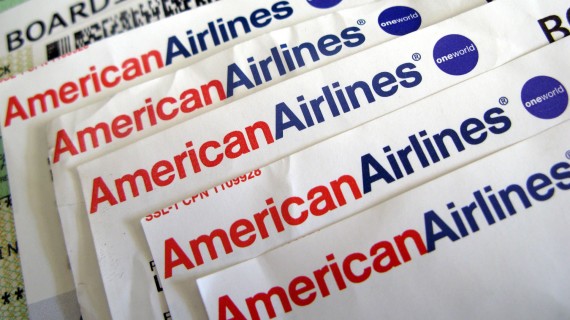 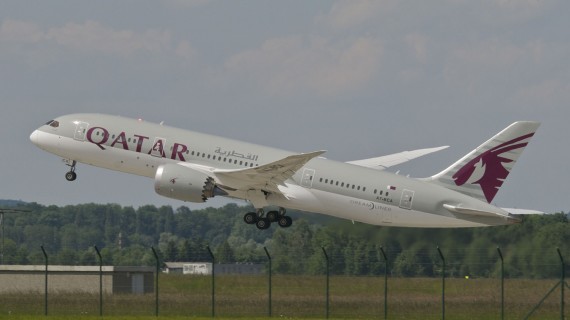 It is an Asian airline based in Hong Kong, China, which carries both passengers and cargo. Its main airport is the Hong Kong International Airport. It operates routes to more than fifty destinations, including Africa, Asia, Europe, North America and Oceania. He began his activity in 1946.

It is the main airline in Asia and one of the most important in the world. It was founded in 1947 and its main center of operations is the Changi International Airport in Singapore. It operates routes to Africa (North, East and South), America (North and South America), Asia (Middle East, South and Central Asia and the Far East), Europe and Oceania.

Based in Dubai, United Arab Emirates, it is a subsidiary airline of The Emirates Group, whose entirety is owned by the Government of Dubai. It is the largest company in the Middle East and operates more than 3,000 flights weekly. It operates a large number of national and international routes.

Its base is located at the Atatürk International Airport, in Istanbul. It has 261 destinations, of which 43 are in Turkey and the remaining 108 include countries in Europe, Africa, Asia and America. It was founded in 1933.

In this section, we show you a list in alphabetical order with the main low-cost airlines in Europe, Latin America and the United States. You can find more detailed information in the article List of companies that offer cheap flights. 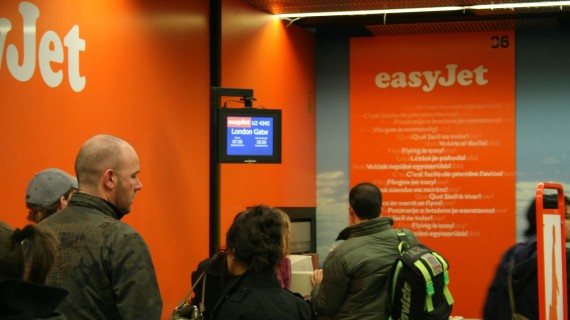 This article has been shared 192 times.