London is the largest city with the largest urban area on the entire island of Great Britain and Europe. Currently, an estimated 8.63 million inhabitants reside and its metropolitan area is divided into a total of 33 districts shown in the following sections along with maps of airports, the metro and bus lines.

Location in Europe and the world

As we said, London is in England (United Kingdom) country that is located northwestern European continent. The country, in turn, is part of the island of Great Britain, northeast of the Republic of Ireland. In the following map you can see exactly where the country is with respect to the rest of the world. 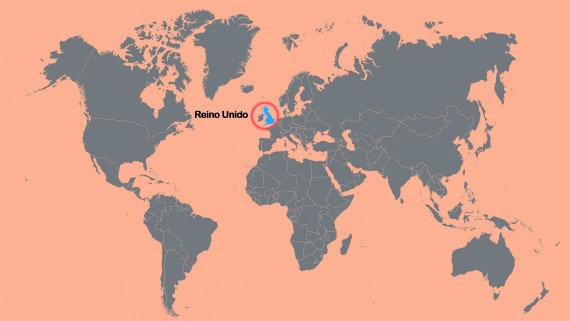 At the hydrographic level, the United Kingdom is surrounded by the Atlantic Ocean, the North Sea to the east and the English Channel (in English, English Channel) to the south. For its part, the British capital is located south of the island of Great Britain, next to the River Thames, which runs through the city.

He Thames River, specifically, it is born near Kemble (Gloucestershire, England) and crosses the cities of Oxford, Wallingford, Reading, Henley-on-Thames, Marlow, Maidenhead, Windsor, Eton and, finally, London. In total, its length reaches almost 350 km to its mouth in the English Channel. It is also a navigable river that connects London with the sea and the network of inland channels of the country, including the Bristol Channel. 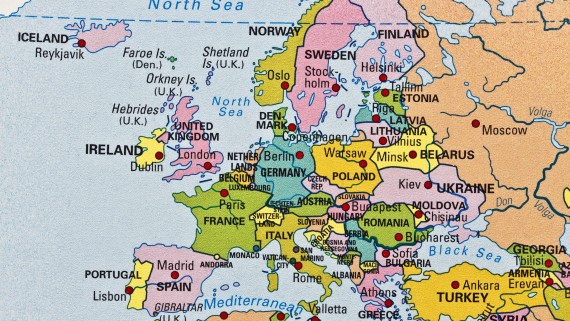 London has a total of 4 airports: Gatwick, Luton, Stansted and Heathrow. In addition, it also has the call London City Airport. We show you the maps of all of them in the following sections.

London Heathrow Airport (IATA code: LHR), known simply as Heathrow, is he UK main airport given its high annual traffic rate and the number of connections it offers. For example, in 2003 it received more international traffic than any other airport in the world.

Located 24 km west of London, it connects with 160 destinations around the world through almost 100 international airlines. In addition to the 4 terminals with which it has, it is currently in the process of expansion and will have a total of 5 terminals. 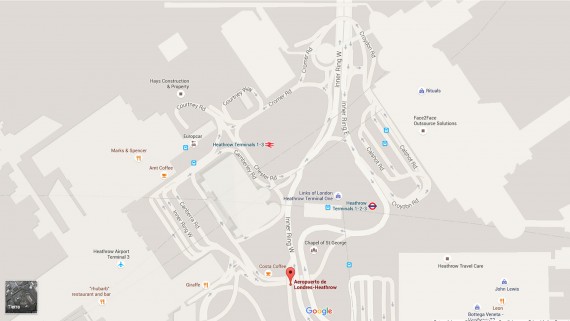 As you can see in the previous map, while terminals 1, 2 and 3 are connected to each other, terminal 4 is located south of the airport and connects with Heathrow Express, the fast transport train between Heathrow and London.

Given the restrictions that charter airlines have to operate in Heathrow, most are based in Gatwick. And the same goes for many transoceanic flights to and from the United States, due to restrictions on flights of these characteristics that govern Heathrow. 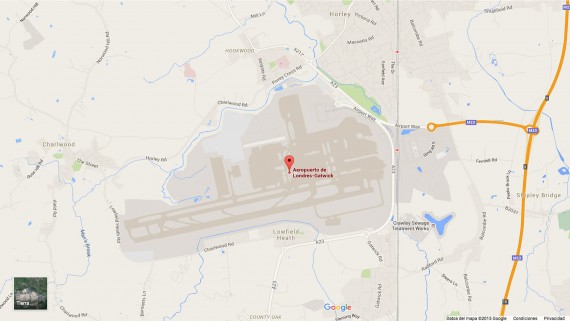 London Stansted Airport (IATA code: STN), better known simply as Stansted, is found in Essex, 50 km from the city center, close to the M11 motorway that connects London with Cambridge. 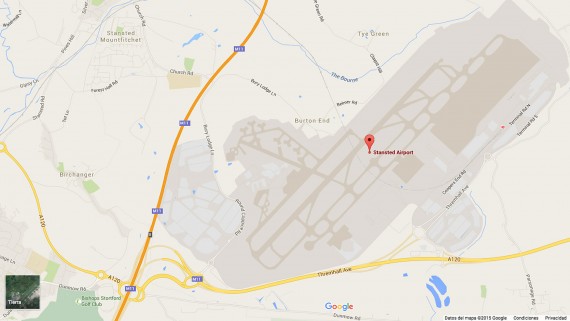 Although it currently has a runway of more than 3,000 m, an extension is planned in which up to three more runways will be added. The main low cost airlines in Europe arrive at this airport, such as Ryanair, easyJet, Air Berlin or Germanwings, among others.

London Luton Airport (IATA code: LTN), previously called Luton International Airport, is located about 48 km northwest of central London, specifically in Luton, Bedfordshire. It is easily accessible by car through the M1 motorway from London. Luton is the fourth largest airport in the London metropolitan area after Heathrow, Gatwick and Stansted. 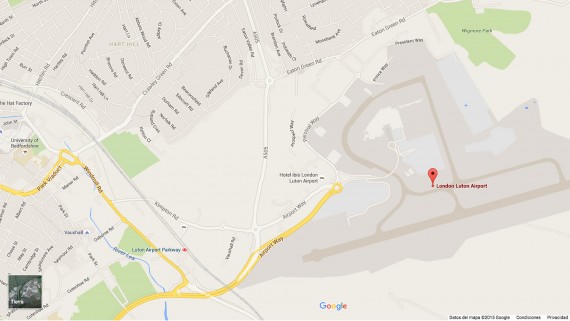 In comparison with the other four, it is ranked number 5 in terms of traffic levels, since its main purpose is to give quick access to the City of London, the main financial district of the city. 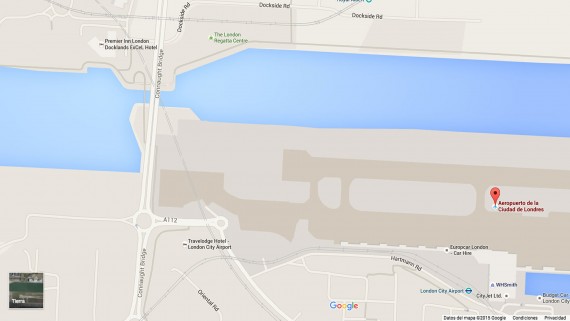 Conventional airlines such as Air France, Alitalia, British Airways, Iberia, EuroManx, KLM, Lufthansa, Luxair, Scandinavian Airlines, Scot Airways, Swiss and VLM Airlines are the ones that operate at London-City airport. The exact coordinates of the airport are 51.504837, 0.049509 and the address is as follows: Hartmann Rd, London E16, 2PX, United Kingdom.

As we have mentioned before, London forms a huge urban area. For this reason, since 2004 the city has been divided into a series of subregions called North, East, West, Central and South. In addition, each of them is subdivided into municipalities or boroughs in English.

Each of these subregions are those used when preparing postal codes, and the same is true in the rest of British cities. Thus, for example, when the letter W appears in a postal code, it means that the address is in the western sub-region of the city. And the same abbreviations are used for each subregion: WC for Wits T City, N for North, NW for North Wits T, S for South, etc. If you want to know more about the postal service and the postal codes of the country, we advise you to read the article The postal service in the United Kingdom. 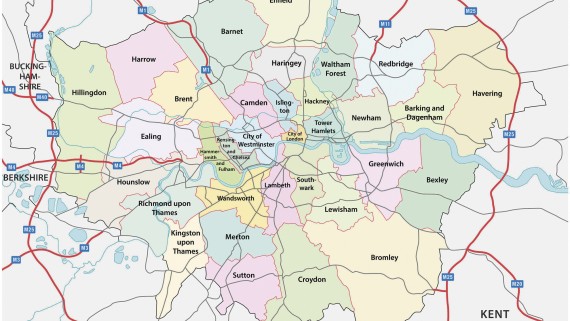 London currently has 32 municipalities to which the old City, currently converted into the city's main financial district, must be added. Therefore, London consists of a total of 33 districts distributed among its different subregions. In the following documentary a detailed review is made by the situation of the city of London today:

The London Underground has a network where they exist in total 11 lines, which makes it one of the largest networks on the planet. This is very comfortable for both locals and tourists, since you can say that wherever you are you will have a metro stop nearby. Thanks to this, moving around London by public transport is the most recommended option. 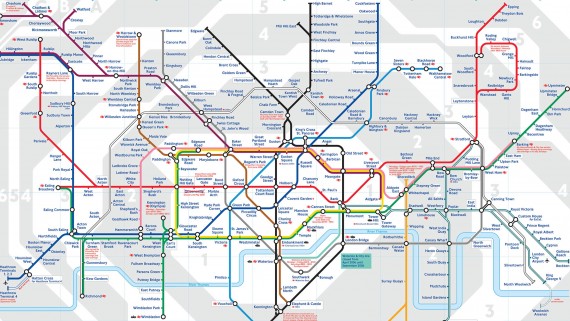 In addition, as in the subway networks of other cities, London is divided into 9 concentric zones. All of them begin their route in the historical center of the city and from there they arrive at different points of the same. Luckily for tourists, it should be said that most of London's tourist attractions are located in zones 1 and 2, so moving from one to another is even easier. The rest of the areas cover the surrounding area and the outskirts of London.

London's famous double-decker red buses are a nice way to walk around the city, but not the easiest and fastest way to do it, especially when the route is long distance. As we have explained in the previous section, for this the most advisable is the metro or underground, name given in English.

Even so, the London bus network is one of the largest in the world. It currently has about 400 bus lines and more than 15,000 stops throughout the city. The main disadvantage of such extensive public transport networks is that getting oriented is somewhat complex, even for the native inhabitants of the city.

Although in the map below you can see the main bus routes through the center of London pointing out the main tourist attractions, if you want a detailed map of the London bus network we advise you to click on this link, which will take you to the official website. 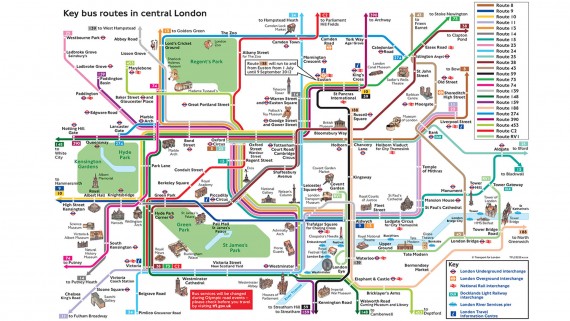 Thanks to them, moving by train within the country is relatively simple, since they practically offer connections with any part, either within England or outside it, that is, in Scotland or Wales.

Below is a table that shows each of the stations next to the cities that can be reached and the possible connections there are:

England is one of the four nations that make up the United Kingdom and is located in the northern third of the island of Great Britain, northwest of Continental Europe and surrounded by almost 800 small islands, including the Isle of Wight. In its entirety, the territorial extension of England covers 129,720 km², with a population of 51,446,000. 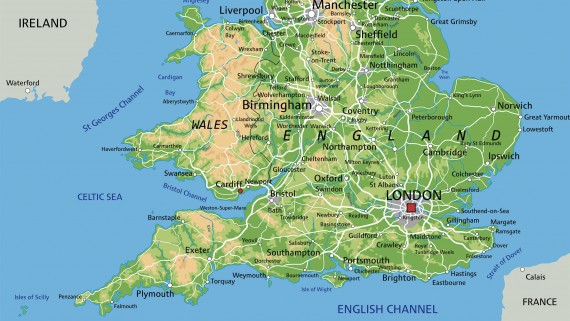 At present, the expansion of the urban area of ​​London has been prevented by the Metropolitan Green Belt (Green belt in English), which is the undeveloped area of ​​the London metropolitan area. The Green Belt covers almost all of Surrey's territory, eastern Berkshire, central and southern Hertfordshire, southern Buckinghamshire, southern Bedfordshire, western Kent and southwest Essex. In addition, it is usually spoken for certain purposes of inner London (Inner London) and outside London (Outer London).

The area of Inland London It includes the following municipalities: 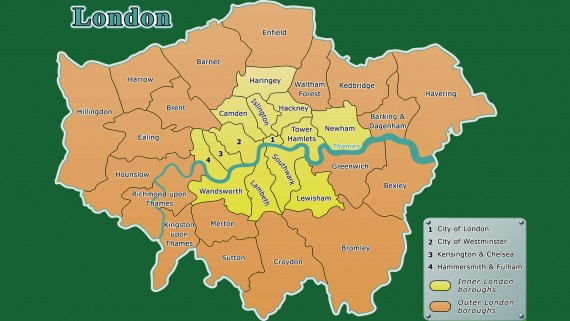 For its part, London Exterior It is the outer part of Greater London that surrounds Inland London and is composed of the municipalities of: 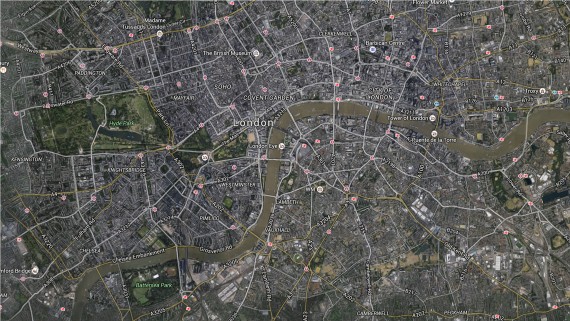 This article has been shared 83 times.