The Lugo Cathedral It is inside the walled enclosure from the city in the Santa Maria Squarenear the Santiago Gate. Its construction began at the beginning of the 12th century, to replace an earlier one of the 8th century. 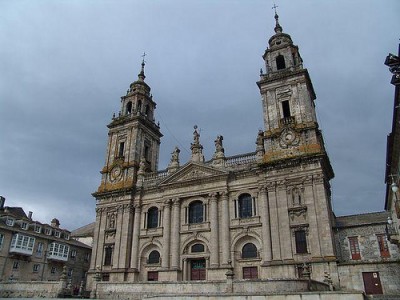 It began with Romanesque style and the closing of the towers of the current facade was made at the end of the 19th century. In those centuries there were reforms, extensions and changes in style that resulted in a very curious architectural mix that walks through history. 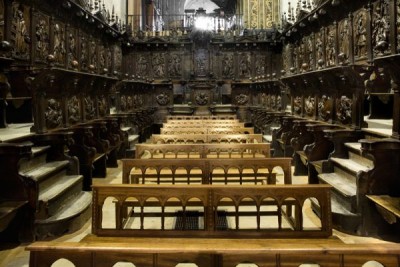 The monumental facade is neoclassical, Galician Romanesque style are the Triforio and the three naves, with a Chorus carved walnut of the highest value, made by Francisco de Moure. The baroque are the Sacristy, the Chapter Hall, the Cloister and the Chapel of Our Lady of the Big Eyes. In the Renaissance we located the chapel of San Froilán and the second body of the Main Chapel. 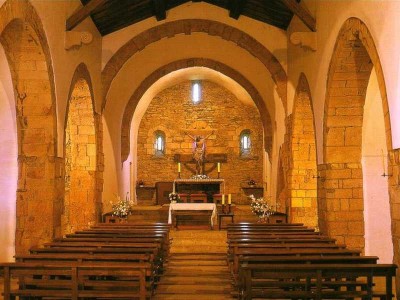 Stresses especially the Chapel of the patron, the Virgin of the Big Eyes, from the 15th century, made of richly polychrome granite, with an expression that impacts the fresh and close. 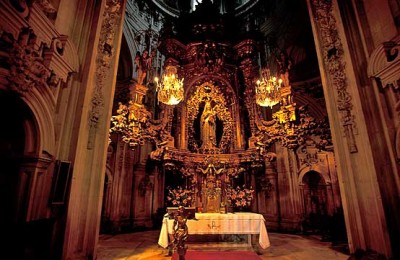 It can be visited from Monday to Sunday from 8:30 a.m. to 8:30 p.m. and admission is free and free. It is worth taking the necessary time to tour this beautiful temple.