An amazing hotel and luxury Resort will be built in “Ein Bokek”, One of the most visited and populated tourist destinations at the expense of the famous“ Dead Sea ”, with the desire to meet the needs and whims of all those who look for luxury, comfort and originality in this location. 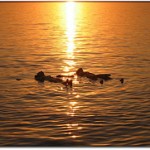 Journey to the Dead Sea

Under the sum of one hundred million US dollars, the construction of a 240-room hotel will be carried out, which will exhibit two swimming pools and a luxurious airport for high-end customers. The original idea and also the budget for this project in the Dead Sea, come from the Cosmopolitan city of Moscow, considered one of the three richest cities in the world.

With this project, Israel intends to radically increase the number of tourists visiting the country year after year, reaching a total of approximately 5 million with a limit to 2012. This figure represents a difference of 2.3 million visitors, compared to last year. 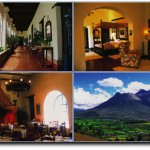 Hotels in the Dead Sea

9 percent of travelers and tourists who visited the Dead Sea last year came from Russia. This is because both countries (Russia and Israel) signed an agreement that allows free entry without a visa, since last September 20, so it is expected that in 2009 the visits will increase with an approximate total of 400,000 Russian tourists .