Cuba is an archipelago and country of the Caribbean Sea that every year thousands of people visit. Before traveling to it, it is important to know some basic aspects and know the location of each population. In this article, we show you different updated maps that could be of great help.

Cuba is a country that more and more tourists visit due to its interesting culture, historical buildings, the charm of cities and the joy of its inhabitants.

Before visiting the island, it is important to know where each destination is located and the main services for tourists. Therefore, the following image is quite useful: 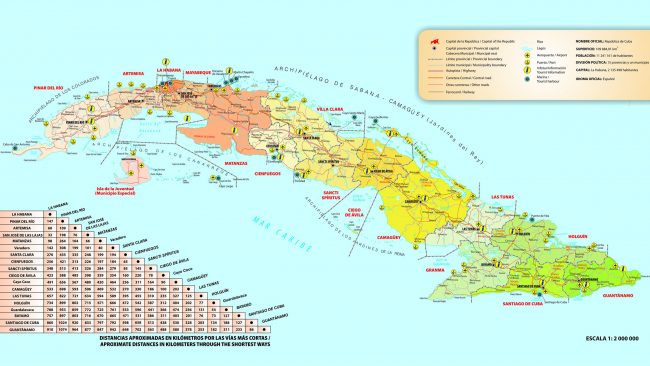 On the map we can observe, among other things, the location of the points of tourist information, ports and airports. In addition, we find the distance between the main cities.

The political division of Cuba is currently in force since 1976. However, in 2010 there was a change, as the old province of Havana was divided into Artemis and Maybeque.

Therefore, today we find 15 provinces and a special municipality: Isla de la Juventud. This is the name of the provinces written in alphabetical order:

On this map you can see the location of each of them and their capital, which in most cases has the same name as the province to which they belong: 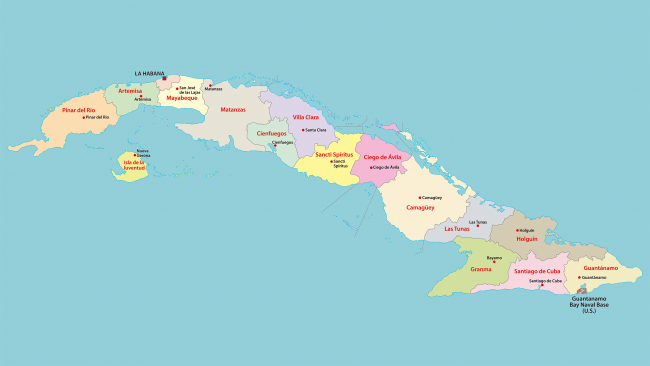 Also, within these provinces we found a total of 167 municipalities. Apart from the capitals, among the most populous are Arroyo Naranjo, Contramaestre and Boyeros. Here we find the most prominent: 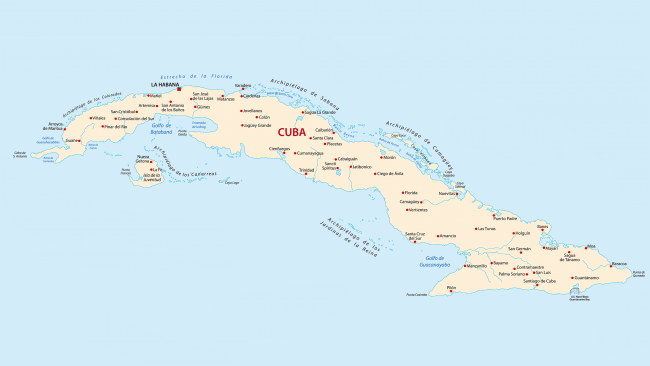 Cuba has a total area of ​​109,884 km², making it the largest country in the Antilles. It consists of an archipelago with a main island surrounded by more than a thousand cays or small islands. In this silent physical map extracted from a satellite image you can see how the relief of the country is: 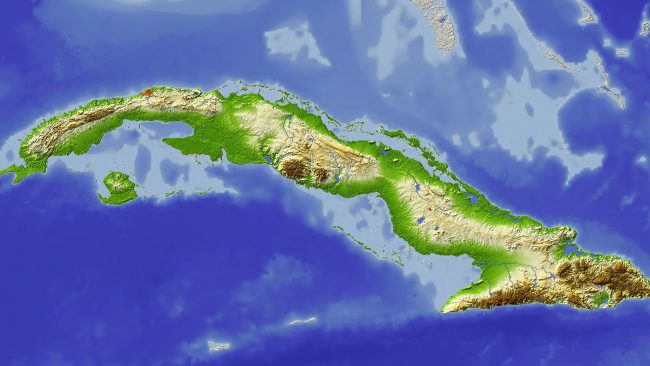 Cuba has 5,746 km of coastline and around 289 beaches. It has flat areas and large mountainous systems. The most prominent mountain ranges are:

As for the highest point is Turquino Peak, which is located at 1,974 m.a.s.l. The rivers of the island are quite short. The longest is Cauto River, which is 343 km long.

One of the most comfortable ways to get around the island is by car. Therefore, it is vital to know the location of the roads. On this map you can see where the main roads of the country pass: 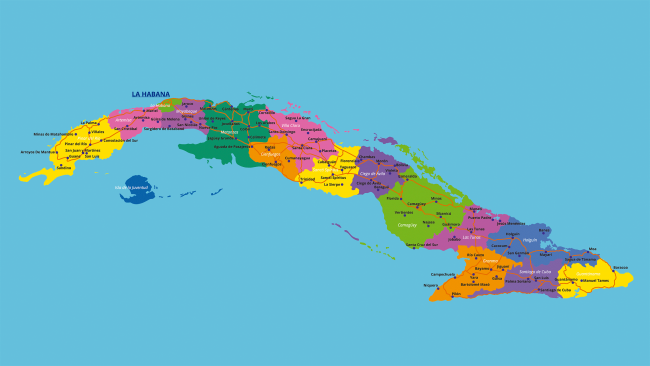 On the other hand, the cities of the country have been changing over the years. In this old map we can see how Havana was in 1898. One of the areas that have been better preserved and that is one of the main attractions of the city is Old Havana, the oldest part. 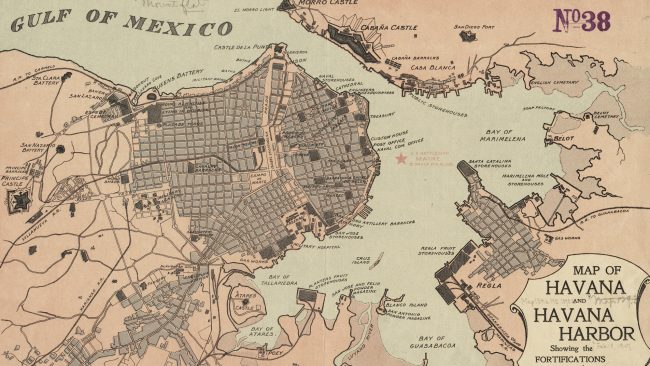 This article has been shared 34 times.