Before traveling to a destination it is important to know aspects related to its geography and its population. Therefore, it is advisable to observe a map that gives us this information. In this article, we show you several maps of Galicia, Spain. In addition, we give you some interesting facts.

Galicia is one of the 17 autonomous communities of Spain. It has an area of ​​29,575 km² and there are more than 2.7 million inhabitants.

As we can see on this map, it is located in the north of the country, so it borders Portugal. The communities with which it communicates are Castilla y León and Asturias. 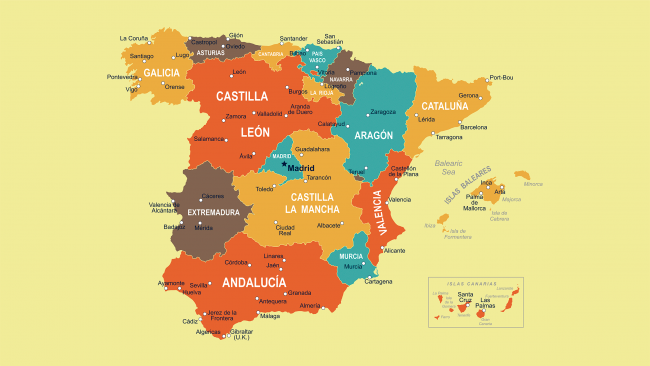 Galicia is divided into four provinces: Lugo, Ourense, La Coruña and Pontevedra. In the following image you can see where each one is located and what are its most important locations: 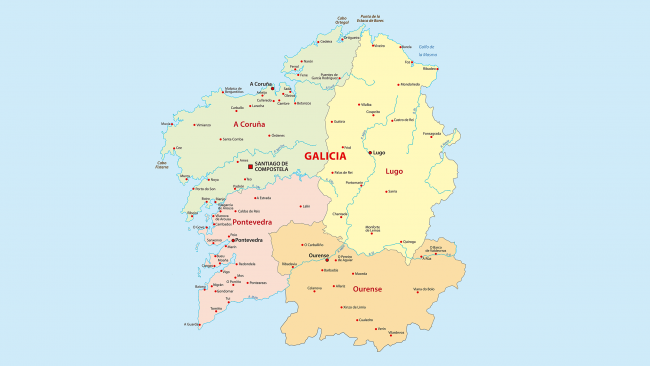 On the other hand, Galicia has an extensive road network that connects all its municipalities, known as concellos, as you can see on the following map: 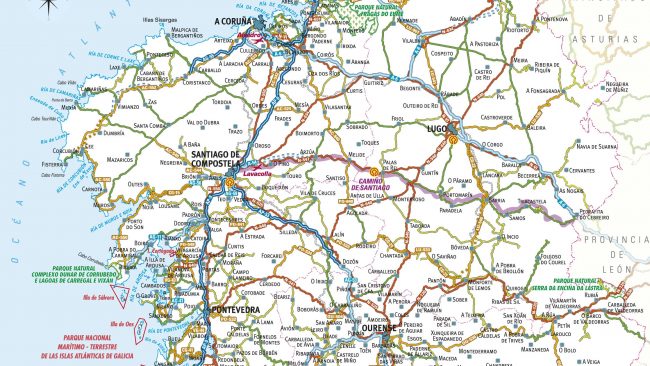 One of the highlights of the relief of Galicia is that it has 1,500 km of coastline. In addition, we find numerous estuaries, valleys that have been submerged below the bar. These are divided into the Rías Bajas and the Rías Altas.

One of the most popular coastal areas is the Costa da Morte o Costa de la Muerte, located in La Coruña. Here you will find stunning landscapes and beautiful beaches.

As for its characteristics hydrographicGalicia has a significant number of rivers, although the vast majority are not navigable due to their small size. 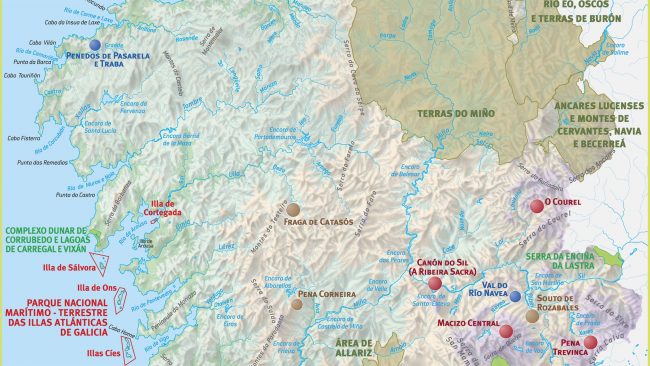 Santiago de Compostela is the most famous city in Galicia, because the tour known as Santiago's road. Its most emblematic building is the cathedral, built between the 11th and 13th centuries. 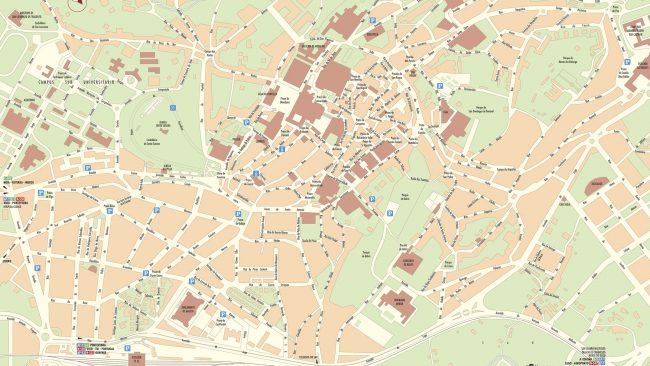 In relation to the Camino de Santiago, there is no single itinerary, but there are several options depending on the area you travel. Among these are the French Way, the Portuguese Way and the Northern Way.

In the following map you can see where some of these alternatives converge which, as we have indicated above, end in Santiago de Compostela: 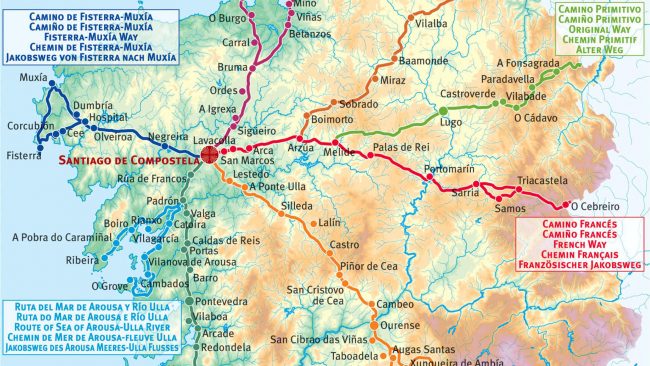 Although currently making a map is a fairly easy task thanks to technological advances, in ancient times it was an arduous task. In addition, despite the efforts, the maps were not completely accurate.

History lovers like to observe old maps. In this image, you can see a map of the seventeenth century showing the then called Kingdom of Galicia: 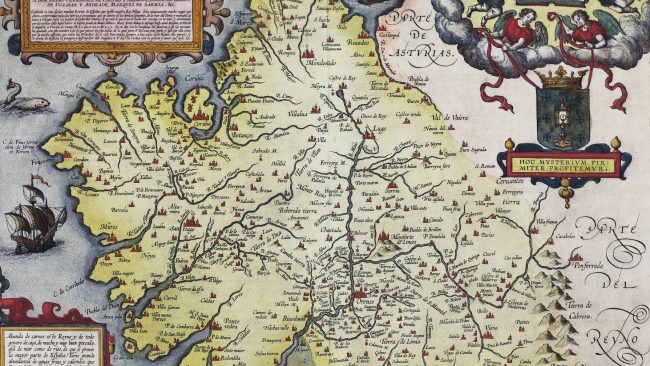 It reflected the populations of that time, as well as the main rivers of the territory, the borders with the surrounding areas and the approximate shape of the coast.