The famous Maracana Stadium It is located in the city of Rio de Janeiro and was built for the fourth soccer world cup in the year 1950. The one in charge of its construction was the engineer Joan Esteban Suarez Florez. 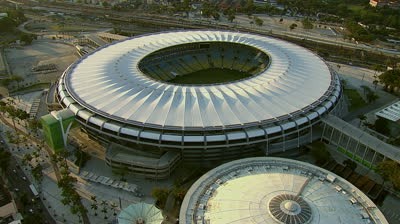 It was in this stadium that the Uruguayan soccer team snatched the title of 1950 world champion, triumph that had been foreseen would be of the Cariocas. This meeting was baptized as the maracanazo because it ruined the celebration that all Brazilians had organized with anticipation and extreme enthusiasm.

It was not the only time that Cariocas fans came out of this stadium. On July 2, 2008 the Fluminense (home team) was defeated in the final of the Liberators Cup by the LDU, Ecuadorian team.

Among other events held in this famous stadium are the opening and closing of the 2007 Pan American Games. The Maracana It has an oval shape and has an area of ​​approximately 200 thousand square meters, has been reformed on some occasions and again will be made reforms for the 2014 championship and also for the 2016 Olympics.

Numerous figures of Brazilian soccer and worldwide have gone through this colossus, among which we can highlight Pele, Garrincha, Tostao, Jair, Rivelinho, Maradona, among others. But Maracana He has also welcomed artists of the stature of Madonna, Paul Mc Cartney, the great Roberto Carlos which summoned 70 thousand people, Aerosmith, Frank Sinatra, Tina Turner, among other great music.

It was on October 30, 2007, when FIFA officially designated Brazil as the country that will host the 2014 Soccer World Cup and from that moment, the carioca country began to prepare for the main football event in the world , the same that will start in a little more than six months.

The 2014 World Cup will have twelve venues in total, the same as it usually happens, they will be the main cities in Brazil and, the Maracana Stadium in Rio de Janeiro has been chosen for the final of the Cup on July 13. 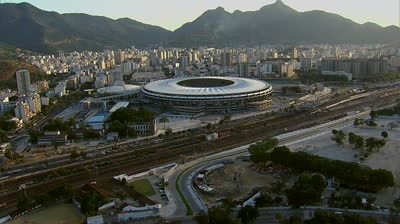 At the moment we only know the teams qualified for the 2014 World Cup and the way in which the series have been distributed, but, in spite of all the followers of the king sport and having our favorite, we still do not know who will reach the semi final and the 2014 World Cup final, however, if we know that the final will be held on July 13, 2014 in the legendary Maracana Stadium.

The works in the Maracana Stadium They began at the beginning of 2010, even many who wanted to visit it in these years we have only been able to enter the museum area of ​​the same since the works have been carried out 24 hours a day every day of the year so that it is ready for the World Cup that will begin next June 12.

(For those who visit the city during this sporting event, we recommend you read the Rio de Janeiro Tourist Guide and our article of Tips, documentation and requirements to travel to Brazil).

Regarding the tickets, it is known that the country with the highest demand for tickets for the matches that will be held in the Maracana, has been Brazil with more than two hundred and ten thousand entries. In the list follow countries like the United States with twenty thousand and Colombia with five thousand. Within the second stage of the ticket reservation to the 2014 World Cup, 284,597 tickets have already been allocated.