The Maria Pita Square It is located in the city center of A Coruña. It was projected in the mid-19th century, and was originally called Alesón Square. 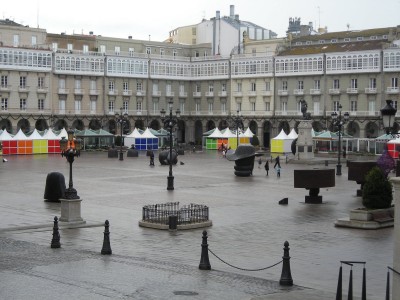 Currently this Plaza is dedicated to Maria Pita, the local heroine who in 1589 led the defense of the city against the attacks of the English privateer Francis Drake.

Tradition tells that María Pita harangued the population at the shout of "Who has honor, follow me", which demoralized the English troops of 20,000 troops. Therefore, in the center of the Plaza we can see an important statue of 9 meters high finished in bronze, the artist's work Xosé Castiñeiras, in honor of this brave woman. 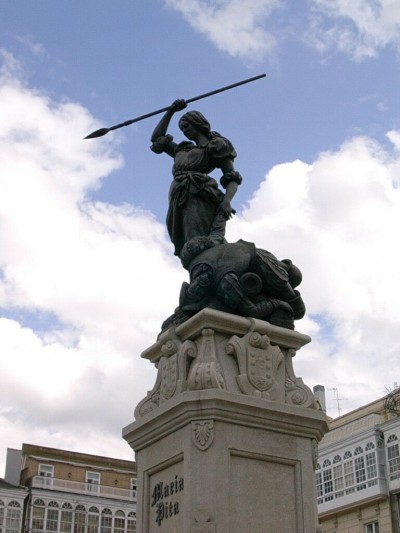 The Plaza has an area of ​​more than 10,000 square meters surrounded by arcaded buildings, with significant wrought iron balconies and the city's famous glass galleries. 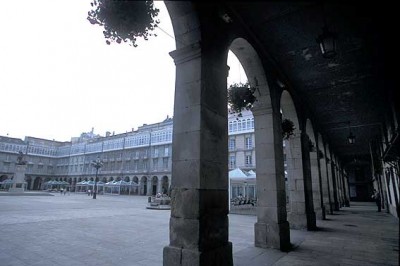 Among the highlights is the city ​​Hall of the city, an eclectic monumental construction built in the early twentieth century. On one side we will see the St. George's Church, baroque style construction of the late 17th century. 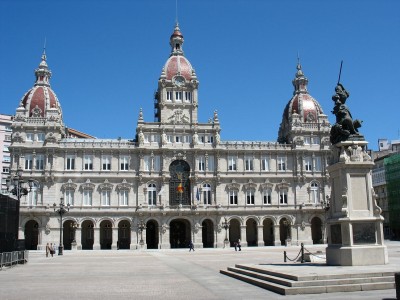 The area around the square It is eminently commercial, and the porches are the best place to regain strength with some tapas and the traditional white wine of the region. In the underground space of the Plaza operates a parking which facilitates access by car to the place.