The Marina of A Coruña It is one of the most emblematic postcards of the city. In the heart of the city, we see the characteristic glass facades with artistic designs that at the end of the 19th century, with the design of the architect Juan de Ciórraga, began to be installed in the Marina Avenue.

They are currently one of the largest glazed complexes in the world, thanks to which the city has earned the nickname of Crystal City for such a unique scenery. 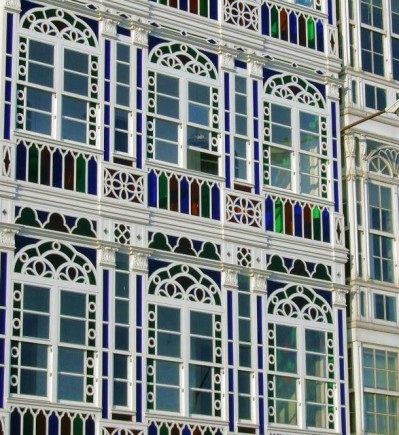 They are iron, wood and glass structures, of eclectic style that arrived from the hand of the sailors, who in the 18th century closed the stern of the ships with a similar system. To protect the houses on the coast from wind and sea moisture, the bourgeois copied that method. They implemented it in what are actually the rear facades. With great rapidity, they extended until finding the current ones that in some cases exceed 25 meters in length. 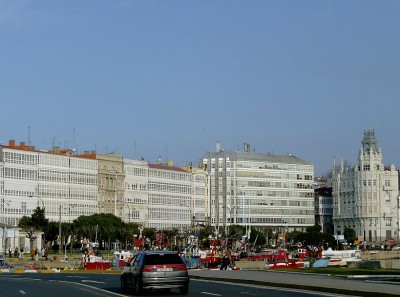 Under the arcades of the galleries we can find many bars and cafes that occupy the space. The effect in the afternoon, at sunset, is of incredible beauty. 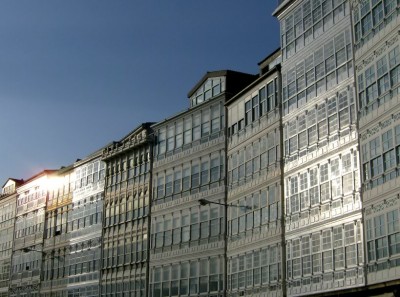