The Bilbao metro It has a “Y” shaped path with two lines that run along both banks of the estuary until they converge on a common trunk that reaches the south of the city. It is connected to the trolley car, the commuter train and long haul, and with the terminal of Bilbao buses, Termibus. In total, the Meter It has 40.61 km, has 38 stops (22 underground and 16 surface) and 74 accesses (excluding elevators). 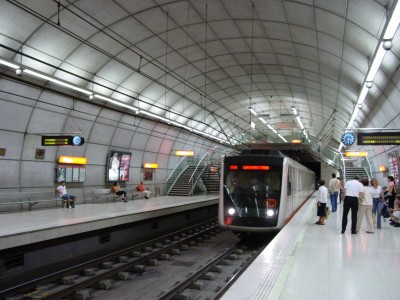 The design of the Metro network from Bilbao was commissioned to the team of Norman FosterBritish architect This was based on steel, glass and concrete, in order to achieve a wide and comfortable urban design. A remarkable aspect is the access structure of the Meter, based on glass, which are affectionately called “fosteritos”, for the relationship to its architect. 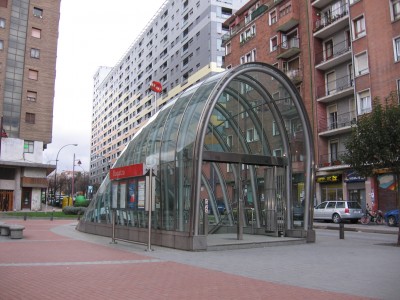 Both lines of the meter They are as follows:

The node station between both lines is San Inazio in the neighborhood of Ibarrekolanda. The subway is divided into 5 tariff zones. In the following image is the location of the metro areas:

The banknotes specific to Bilbao metro (sold in the dispensers of the stops themselves) can be:

System banknotes it is closed, that is, it is necessary to validate the ticket both in the entry and exit machines.

There is night service uninterrupted throughout the night from Saturday to Sunday (Friday in summer), with trains every 15 minutes on the common trunk and every 30 minutes on the rest of the routes. During the Bilbao Big Week the Meter Offers special services every night.