In the Financial Center of the City of Rio de Janeiro is the Metropolitan Cathedral, an interesting architectural work that since 1979 is part of the attractions of this cozy city. 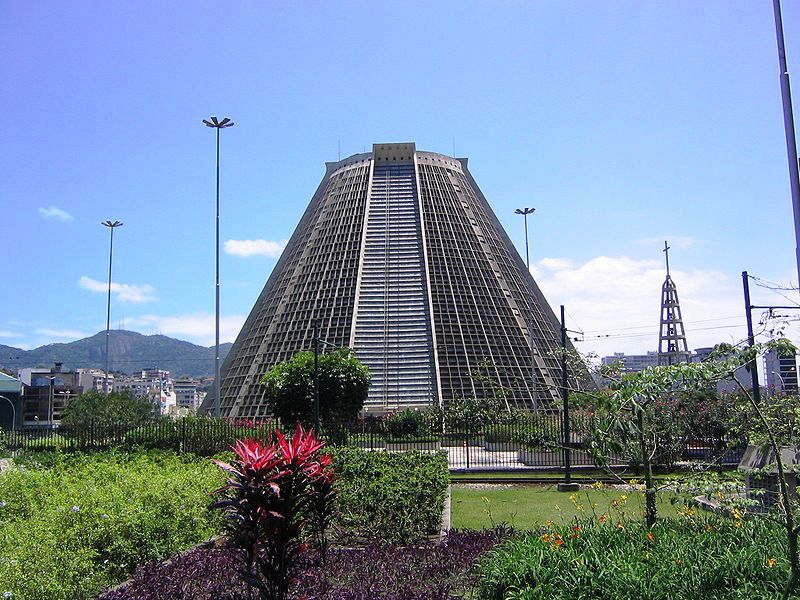 The Metropolitan Cathedral It is a modern building with capacity for about 20 thousand people. It has a conical shape and an imposing structure that differs from the old churches for his sobriety.

Inside, its 4 stained glass windows of various cross-shaped colors stand out, which begin on the floor and culminate on the ceiling, totaling 60 meters high, which accentuates the imposing character of the work. 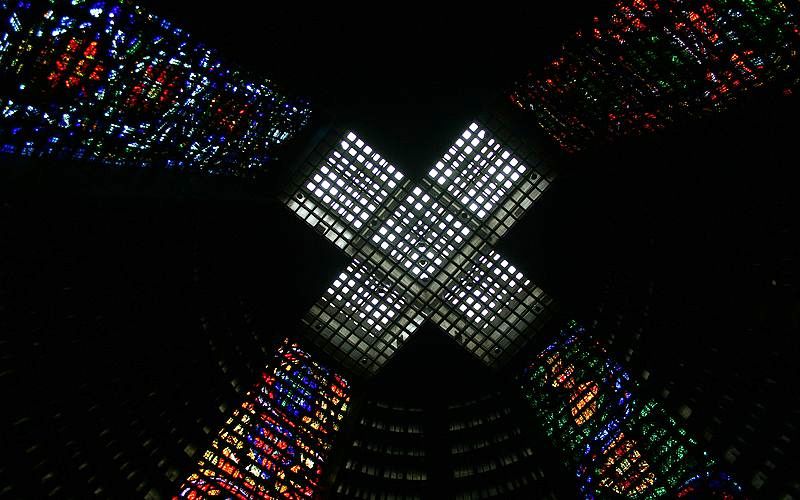 Its designer was the architect Edgar Oliviera de Fonseca of modernist tendency. The main door has been covered with 48 bronze plates with low reliefs that give it a modern look. In addition, it has an attractive bell-shaped bell tower.

Inside you can also see sculptures, murals and various artistic works. It is also worth mentioning the Museum of Sacred Art in whose interior we find sources that were used in the baptism of the princes of the imperial house.

Formerly the Metropolitan Cathedral I call Cathedral of São Sebastião do Rio de Janeiro and is surrounded by Lapa arches, and the huge building of Petrobras 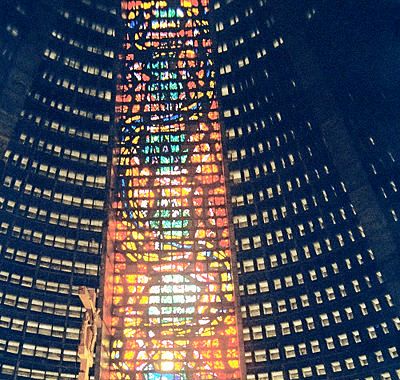 Its structure stands out among the buildings that are located in that part of the city. Without a doubt, a place that tourists cannot miss if they travel to the cozy city of Rio de Janeiro.