The Monastery and Church of San Martín Pinario (San Martiño) of Santiago de Compostela, is in the Immaculate Square, in the Cmonumental entrance of Santiago. This architectural complex is the second most important in Galicia, behind the Cathedral. 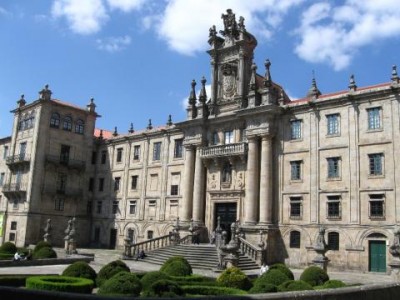 The foundation of the old Monastery, in the 10th century by the Benedictine monks, is linked to the cult of the Apostle Santiago, to guard his tomb. With the passage of time the congregation gains importance and is consecrated, in the twelfth century, the St. Martin’s Church. 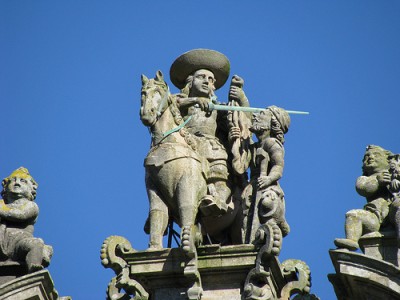 The set presents an architectural richness with details from different periods for having been enriched over several centuries. As a result, the Renaissance cover with a remarkable Plateresque facade, which contrasts with the sober lines of the monastery. The image of San Benito presiding over the main entrance in a niche, with the shield of Spain above between Jacobin scallops and the whole set topped with the image of San Martín splitting its cape and sharing it with a poor man, make up an imposing reception. 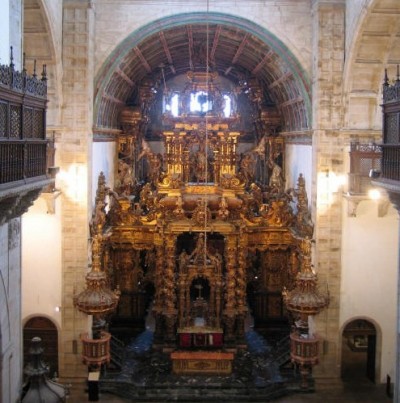 The Church, with a Latin cross plan, is a true spectacle of baroque imagery where several altarpieces and walnut stalls of the Choir stand out. It is worth mentioning the Cloister of the Portería or Processional, of the 17th century, distributed in two floors. 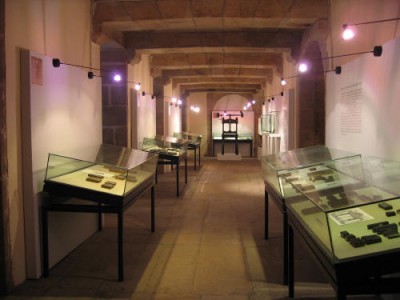 Through the Church we access the Museum which is divided into 12 rooms occupying some dependencies of the monacal building. It allows us to see collections of sacred art, liturgical objects, archaeological remains, two apothecary documentation and physico-chemical cabinets. The visit the museum It can be done from Tuesday to Sunday, from 10 a.m. to 7 p.m. in summer, and in winter, from 11 a.m. to 1:30 p.m. and from 4 p.m. to 6:30 p.m. The general admission It is € 2.50 and € 1.50 for pilgrims, students and seniors.
At present, the Monastery hosts the Headquarters of the Conciliar Seminary and other dependencies, not being visited.