The Monastery and Church of San Paio (San Pelayo) of Antealtares is in the monumental center of Santiago de Compostela, on Antealtares Street. It was an important center of Benedictine power. It is one of the best exponents of Baroque compostelano 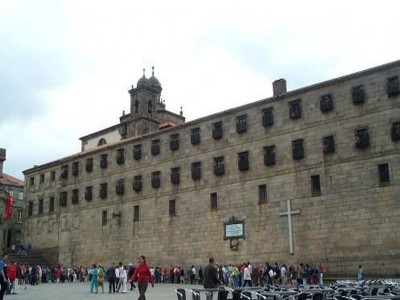 Founded in the ninth century by King Alfonso II in order to guard the Sepulcher of the Apostle Santiago that had just appeared, a task entrusted to the 12 monks who occupied it. In 1499 the monks withdrew and it was the Benedictine nuns of closing that inhabited the place and that nowadays make concerts of Gregorian music and the famous pastry shop that is sold daily through the lathe, between 9 and 13 hours and 15:30 and 19. 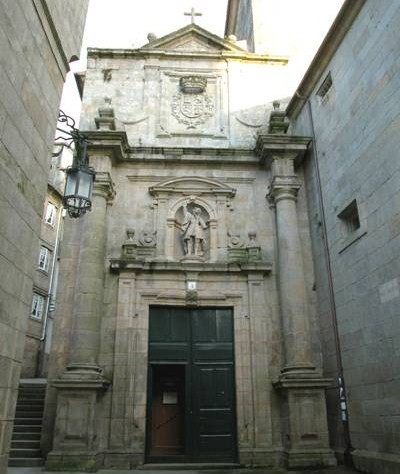 The Monastery is dedicated to San Paio, a Galician saint who was martyred in Cordoba by Muslims and who remembers with his image presiding over the facade of the temple. 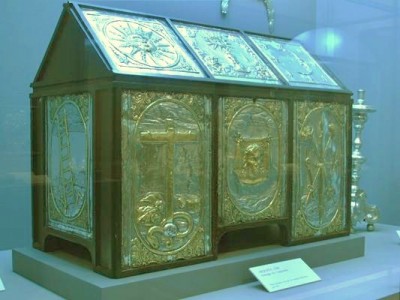 As the primitive construction was demolished, what we see today is almost entirely the work of the 17th and 18th centuries. Highlights the granite side wall that closes the Quintana Square and that it presents in the center a tombstone in reminder of Literary Battalion organized by university students to defend themselves against Napoleonic troops.

The opposite façade is the Portería, at an angle to the Door of the Cars, which recalls the escape from Egypt. 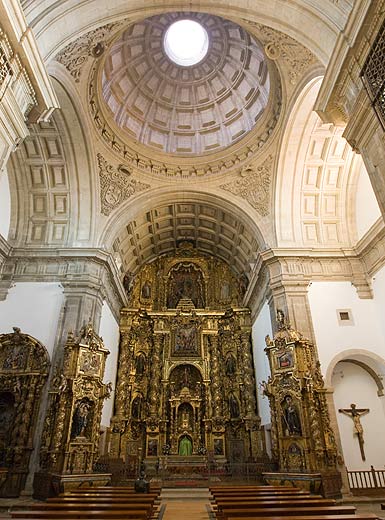 The Church of the Convent It stands out for the natural lighting it receives and for its 5 baroque altarpieces along with a curious 18th-century organ that is still used. Through the Church you access the Museum of Sacred Art, where the primitive altar that accompanied the Apostle’s sarcophagus is exposed. Both can be visited from April to December from Monday to Saturday, from 10:30 a.m. to 1:30 p.m. and from 4 p.m. to 7 p.m. The Museum entrance It is € 1.20.