The Moret Park it is a treasure of 72.5 hectares that form the green lung from the city of Huelva. It is located in the city center, between the neighborhood of Santa Marta and El Conquero. The first park with this name was founded in 1910, suffered deterioration and abandonment because of the Civil war and the WWII. It fell into disuse and absolute oblivion until in 2007 it was reopened, after a reformulation, the one we know today. 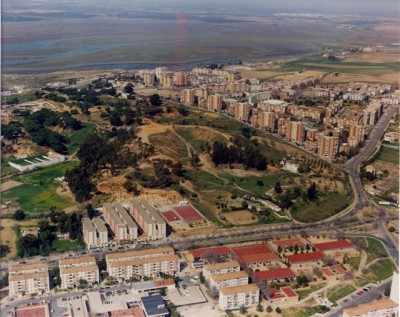 Its importance is not only due to its ecological and environmental wealth, since zones are differentiated as bushy masses in the hills, orchards and fruit trees in the troughs. But also to the multiple uses it offers and the proximity, which facilitates access to the inhabitants. Also they archeological sites It houses, with a route of 1.5 kilometers through the headwaters, with rest areas alternating the walk, all perfectly informed through informative posters. 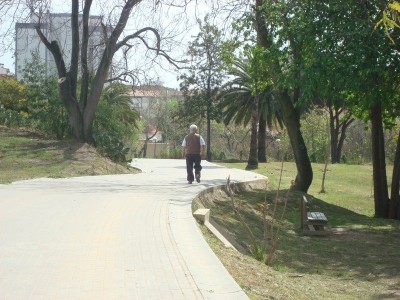 Has a lagoon which acts as a reserve of water in case of fire and irrigation in times of drought. A small solar power plant feeds the pumping system to oxygenate the water. The filling of the lagoon is done by pumping by wind energy. There is a jetty with paddle boats and possibilities to practice nautical sports. 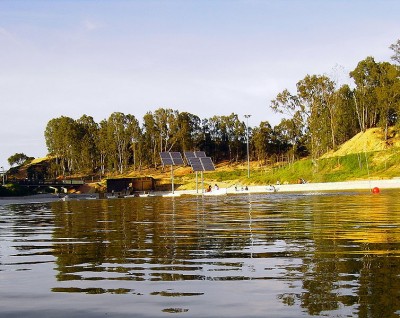 The elderly also have their space in the urban park: two petanque and one frog tracks specially designed for them. 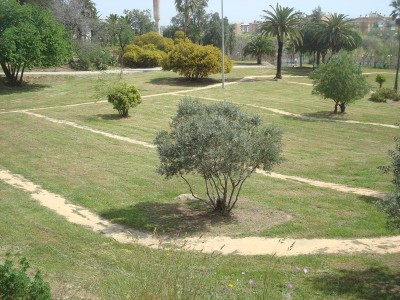 Many painters have portrayed the old Moret Park in beautiful oil paintings that tell us what the life of the park was like in those years. Fortunately, it became aware of the need to rescue this value for the city.