Morocco is a country whose culture and heritage attracts more and more tourists. Before traveling to this territory, it is important to know it in detail. In this article, we provide you with several complete maps that will help you plan your visit.

Morocco is a country located in North Africa whose capital is Rabat. However, the most populous city is Casablanca, which has approximately 3.36 million inhabitants.

On this map of Africa you can see the location of Morocco (named as Morocco, as it is in English) and its neighboring countries, as well as the nearby archipelagos such as Madeira and the Canary Islands: 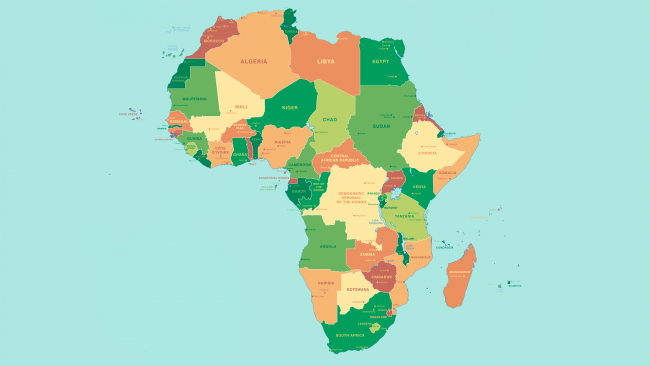 As for the political division of Morocco, the country is made up of twelve administrative regions. In this table you will find the name and capital of each of them:

In the following map we find the location of the provinces and the most important cities of the country: 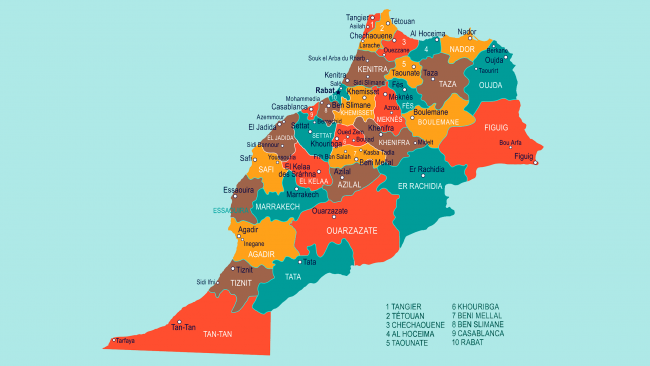 It should be noted that Morocco includes the territory of Western Sahara as its own. However, the United Nations Organization (UN) does not recognize that this area corresponds to Morocco.

The highest peak in Morocco is Tubqal, with 4,162 m.a.s.l. As for the relief, it is formed by four main mountain ranges:

In addition to these, in the country there are also areas of large plains and plateaus. In this silent physical map you can see how the relief is in detail: 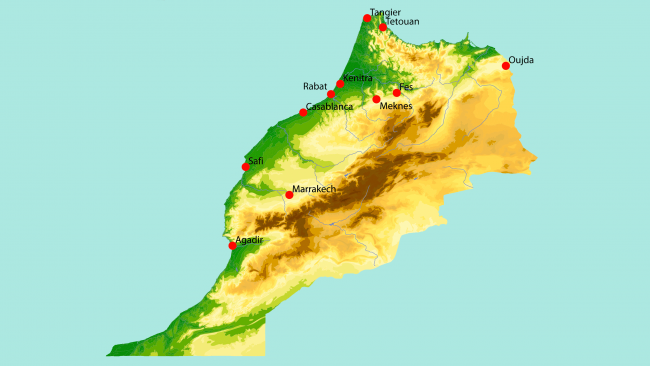 As for the rivers, some flow into the Mediterranean Sea and others into the Atlantic Ocean. Among the most important are the Draa, with 1,100 km in length, the Muluya (520 km) and the Sebu (496 km). 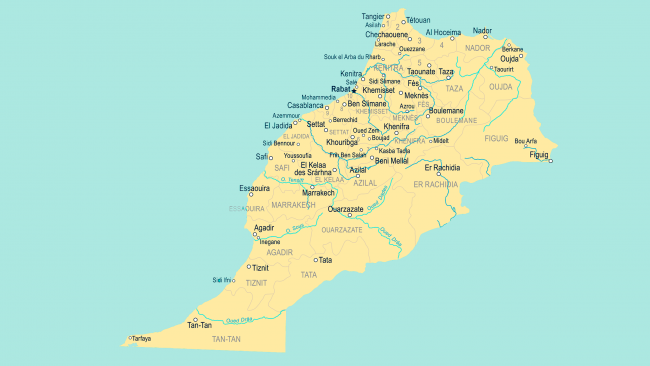 If you are curious to know what Morocco looks like from space, with this satellite image you can get an idea. The territory occupied by this country is marked in blue: 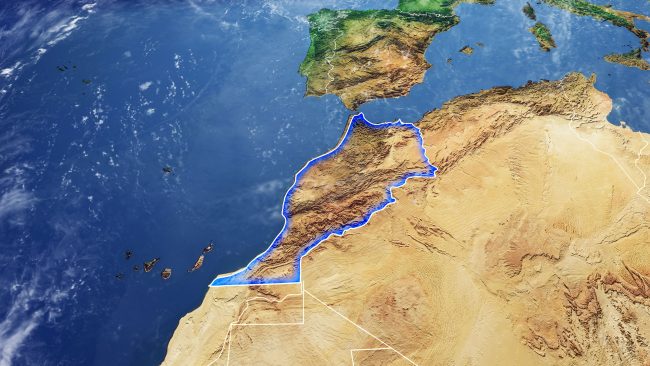 Although in the past the state of the roads in Morocco was not optimal, they are of higher quality, so there is no problem in traveling the country by car or motorhome.

In total there are eight in the country highways, so Morocco has the second largest network in Africa, just behind South Africa. In this map we find the main roads of the territory: 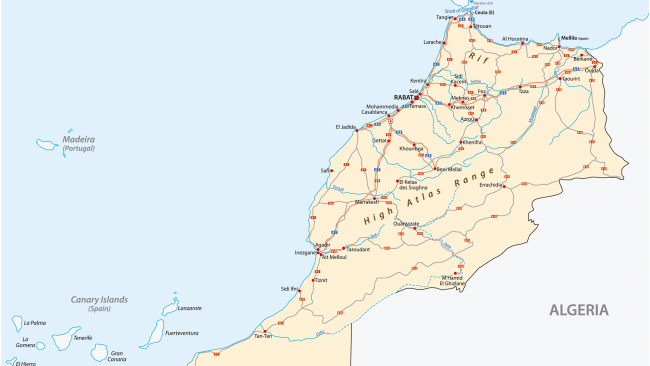 Each area of ​​Morocco has a special attraction for tourists. A unique part is that of the Sahara desert. If you want to know more about this one, we recommend you visit the following article: 15 surprising curiosities about the Sahara desert.

Also, each city has a different charm. In Fez The tanneries stand out, formed by vats full of bleach and colored dyes. In them, workers treat leather with the same technique since the Middle Ages. 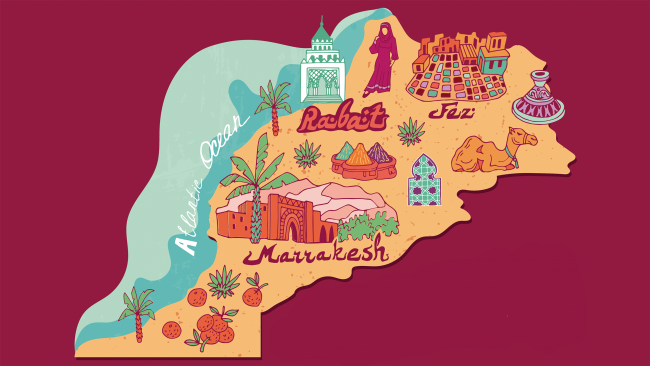 On the other hand, in Marrakech the good state of conservation of its historic center and the walls attracts attention. The most popular square is Jemaa El-Fna, busy throughout the day.