The Rio Tinto mineral dock It was designed by engineers George Barclay Bruce and Thomas Gibson between 1874 and 1876 at the request of the mining company Rio Tinto Company Limited. At that time the city passed from fishing village to world capital of copper exports, with infrastructure needs of this type. It is another of the English architecture buildings that is part of the legacy it received Huelva, being today an emblematic construction of the city. 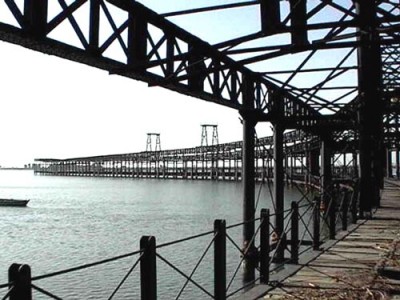 It is on the odiel river, to the south of the Levante dock, with 1.16 kilometers in length, of which 500 meters are above the water and another part on filled land, in the marsh next to the estuary of the Goals, prolonging the train tracks. It was the end point of the railway line that carried the ore from the mines of the Rio Tinto to ships, for export to the United Kingdom. It stopped working in 1975 when the new facilities of the port of Huelva.

This example of industrial architecture worked as a multi-use dock, for ore, with a gravity boarding system and as a cargo dock, using cranes for loading and unloading. 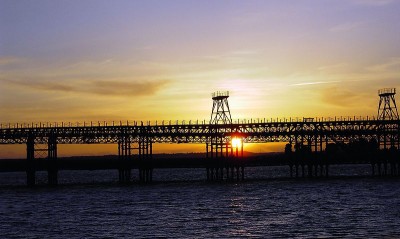 Nowadays it has been transformed, thanks to a restoration that has returned its splendor, in a pleasant walk that penetrates the estuary, perfectly integrated into the whole of the seaport. 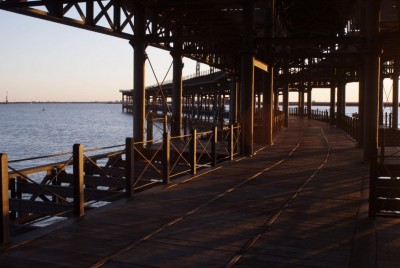