The new Year it is celebrated in the world in different ways, not always being all religious. In fact, in many cities around the world, the new year brings together families, culture and very old traditions that deal with ancient pagan beliefs.

Let’s see some of the New Year’s traditions that are made in the world:

Argentina: Not only in Argentina but in other parts of South America, 12 grapes are eaten at 12 at night (raisins in the case of the Buenos Aires country). This to attract good luck.

Brazil: On January 1, you usually eat lentil soup to attract money. Jemanja ceremonies are also celebrated with parsimony on these dates. 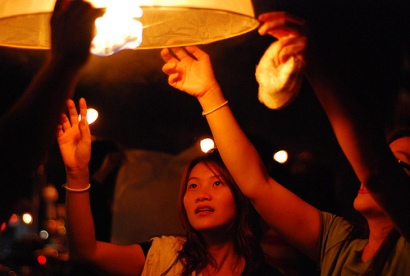 Cuba: In traditional Cuba, it is still customary to wash the house with water by casting negative vibrations outside the home.

Canada: Representing the conviction and strength in the new year many Canadians go out to bathe in the intense cold during the first of January.