The heart of Santiago de Compostela is the Obradoiro Square. The place where hundreds of pilgrims arrive daily, looking for the end of their path. Right in the center of the square is the kilometer 0 of all the roads that lead to Santiago. The whole historical set is declared Heritage of humanity by unesco. 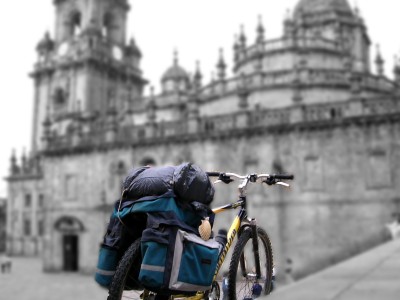 Undoubtedly, the most significant square in the city, which owes its name to the fact that during the construction of the Cathedral it was there that the construction workshops of the stonecutters who worked on the facade were located. 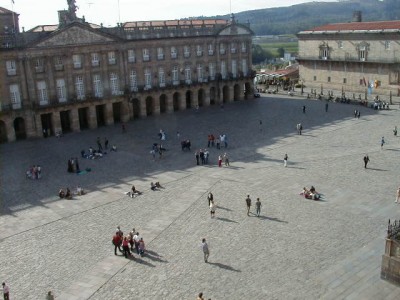 Looking out at this Plaza is like looking out a thousand years of history of the architecture of the city of Santiago. On the east side we see the magnificent Obradoiro facade, main entrance of the Santiago’s cathedral, the one everyone is looking for hundreds of kilometers of road. On his right the Cathedral Museum and on the left the Gelmirez Palace, jewel of the civil Romanesque of the XII-XIII centuries. 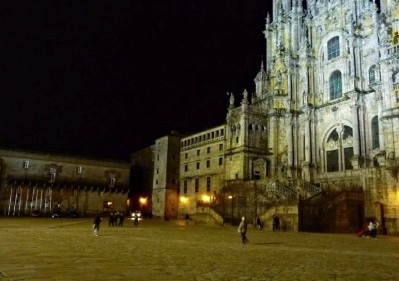 The west of the Plaza presents the impressive neoclassical building of the Rajoy Palace, from the mid-18th century, where the town hall and the Presidency of the Junta de Galicia. 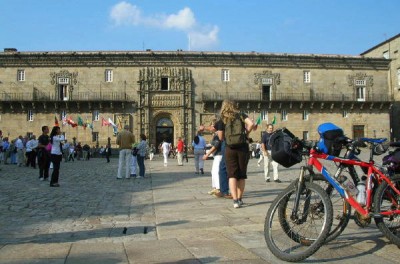 On the north side, the Plateresque facade of the old Royal Hospital for pilgrims, early 16th century, current Hostel of the Catholic Monarchs, luxurious hotel of the National Paradores Network.

Finally, close the south side of the Plaza del Obradoiro, the San Jerónimo College, from the beginning of the 16th century, which was a pilgrim’s hospital and is the current headquarters of the Rectorate of the University of Santiago de Compostela.