The city of Pray It is unified by bridges save the Miño river that divides the center of the town Bridge Neighborhood. 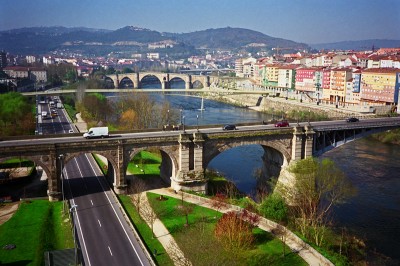 We could go through the history of the city from the 1st century to the 21st simply by observing the bridges, magnificent engineering works from each of its periods that managed to bring the Atlantic area of ​​Galicia closer than it was somewhat isolated from the southern zone. 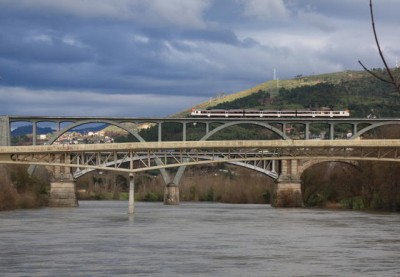 Chronologically we have the Ponte Vella or Old Bridge, ancient Roman bridge of which only the original bases are preserved and which underwent two important reconstructions. It took its name when the New Bridge or Ponte Nova, in1918, an interesting work with six stone arches and a central iron section. 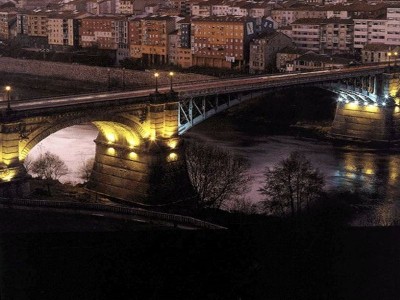 Already in 1958, thanks to Viaduct, the railway manages to cross the Miño with a concrete bridge 415 meters long and 46 meters high. But in 1971 he was able to decongest the traffic by using the New Bridge (Ponte Novísima) also known as Ponte do Ribeiriño or das Caldas. 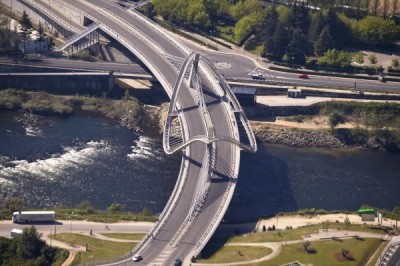 The 21st century gives another monumental work to the Miño River: in 2001 the Millennium Bridge, which with a cutting-edge aesthetic and 450 meters from the Roman Bridge solves the problems definitively and retires it, leaving it for exclusively pedestrian use.

In the same line, and in 2003 the Vao Footbridge (catwalk do Vao) for pedestrians, made of concrete and metal pipes, following a light and modern line.