The Cathedral of San Martiño, Orense, dates from the second half of the twelfth century and first half of the thirteenth. It was declared National Monument and has honors of Basilica since the late nineteenth century. It is located in the Plaza del Trigo, in the center of Orense. 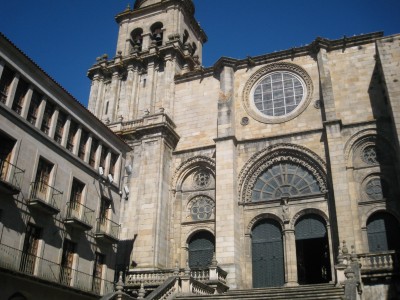 It’s a temple Romanesque of transition to the Gothic and with aspect of strength by the towers and battlements to protect the construction. It has undergone aggregates and rehabilitations throughout its history that enriched it with contributions of different styles. 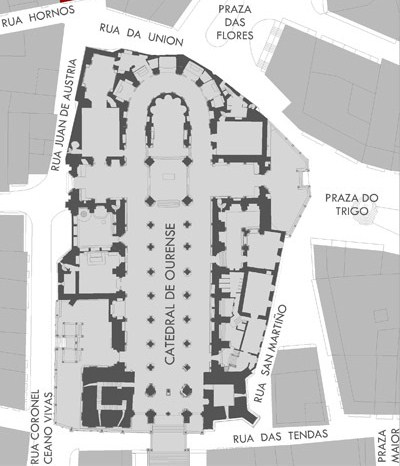 Its three Romanesque doors are perfectly preserved: the Porch of Paradise, with clear influence of the Portico de la Gloria compostelano, with its original polychromy, and the rest with a polylobulated interior archivolt of great sculptural wealth. 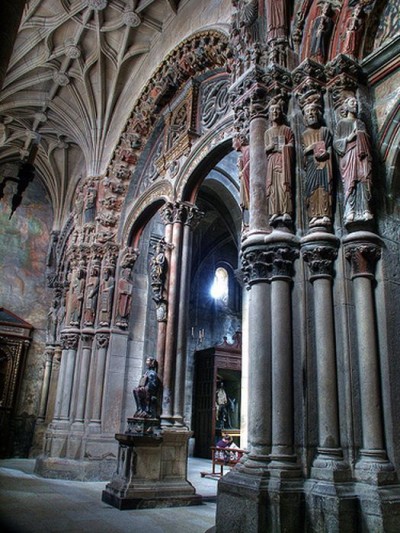 Have latin cross plant, with three ships, cruciform pillars and ribbed vault.
In one of the ships we find the Main Chapel, with the Altarpiece by Cornelis de Holanda in 1520 and the Renaissance stalls of the Chorus, with the Dome and the bars that complete the set where we can see scenes from the life of Jesus. 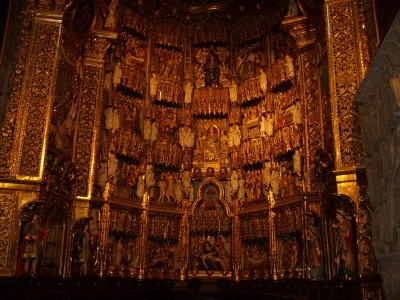 The Chapel of the Holy Christ, in the 16th century Gothic style decorated in the Baroque, it is one of the emblematic sites of the city. There we can see the famous ourensano Christ of whom the legend tells that it was brought from Fisnisterre, where it appeared floating in the sea. 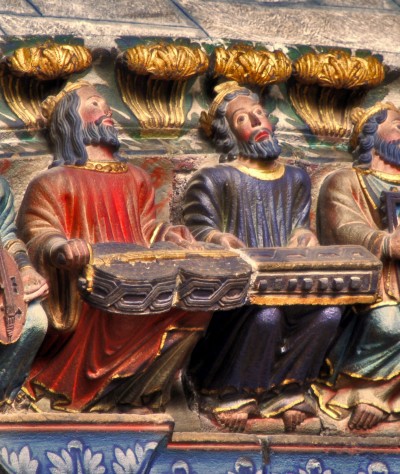