The Monastery of Santa María de Oseira is nestled in the foothills of the Sierra del Faro, in the Concello de Cea, in the province of Orense. 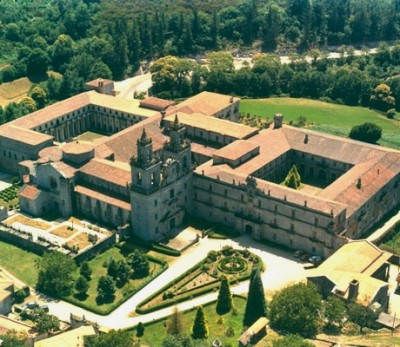 This was the first Cistercian monastery of Galicia and for its magnificence it is known as the "Galician Escorial". It is one of the great Galician monuments that originated in the twelfth century, when a small handful of hermitages settled on the site and soon decided to follow the Rule of the Cister.
The monastery consists of three cloisters: the one of the Portería, the Processional one and the one of the Pináculos. Most notable is the Chapter House of the fifteenth century in the Tardogotic style. 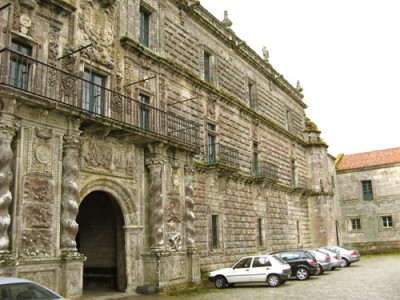 The Romanesque transition church was consecrated at the beginning of the 13th century. It has a Latin cross plan with three ships and a cruise ship. In it the Presbytery stands out with a collection of columns that support the closing wall. 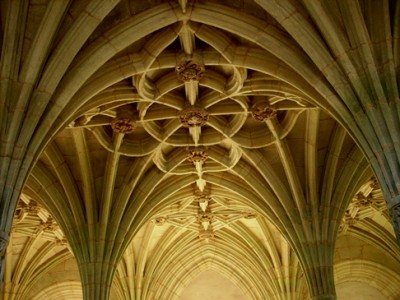 Throughout its history it knows periods of flowering and decay that alternate, until reaching the 20th century, with the return of the monks who undertake an arduous restoration task that culminates in the Europa Nostra prize awarded by the European Union.

It has a Pilgrim's Hostel that allows lodging without reservations and a Monastic Hospederia, where for € 25 per person and with prior reservation, you can share the life of the monks. 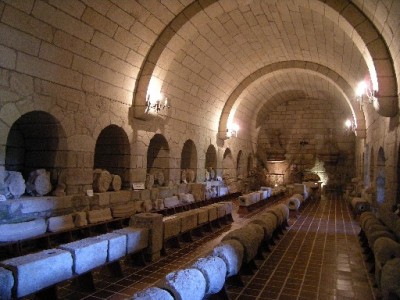