The Pacific Galleries are the most successful Shopping Mall in the city of Buenos Aires. It is located at the intersection of the Florida Street and Cordoba Avenue, occupying 11,000 square meters. 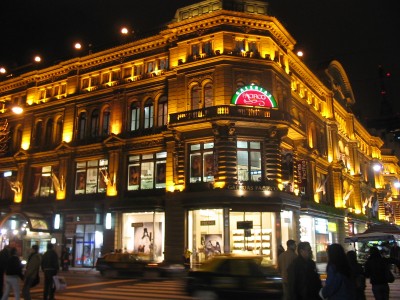 The shopping trip It was born at the end of the 19th century on the initiative of the Bon Marché stores in Paris, inspired by the great European galleries. Throughout its history it was the headquarters, among others, of the English Railroad Company and of Harrod’s, until finally it became the luxurious shopping center we know today. 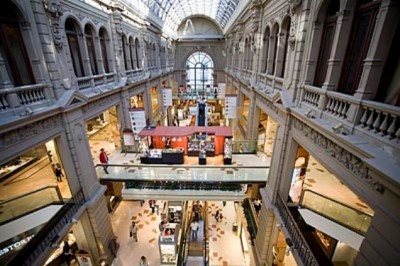 Currently more than 160 commercial stores of national and international brands of great luxury and its varied gastronomic offer make thousands of people visit it daily. The Borges Cultural Center, dedicated to the promotion of art, also has its dependencies in the Galleries. They are usually organized musical concerts in the space under the central dome.

Its great architectural and artistic beauty was restored with the central dome paintings made by Berni, Castagnino, Colmeiro, Spilimbergo and Urruchúa, in 1945. In its 450 square meters, practical sociocultural situations and allegories of values ​​were expressed. Its intertwined streets along with its glass vaults and the famous murals of its large central dome, have earned it to be declared National hystoric monument. 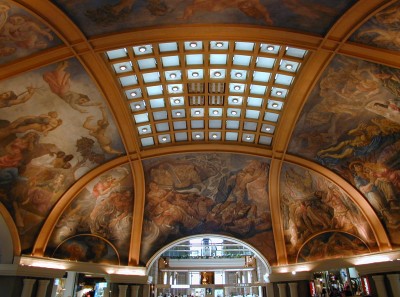 We can perform one of the Guided visits that the shopping center offers free for the building to know the history of the place. The appointment is from Monday to Friday, in the Central Dome, at 11:30 a.m. and 4:30 p.m. You must request the headphones in the Ground Floor Report Post, are available in several languages. Pacific Galleries remains open from Monday to Sunday.