The Palace of San Jerónimo (San Xerome) It was built in the 16th century as a university college, nowadays it is the Headquarters of the University Rector’s Office. Its richly decorated cover is located on the facade that opens to the Obradoiro Square, in the historic center of Santiago de Compostela. 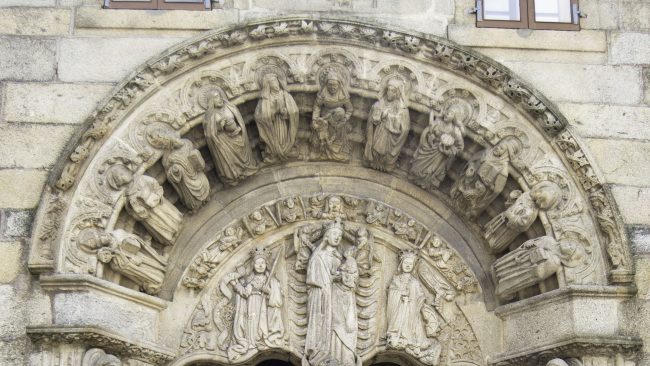 Its cover belonged to the old Pilgrim Hospital of the fifteenth century, and the whole set is in a style similar to Romanesque, made in granite stalls, arranged around an interior courtyard with pilasters and semicircular arches. 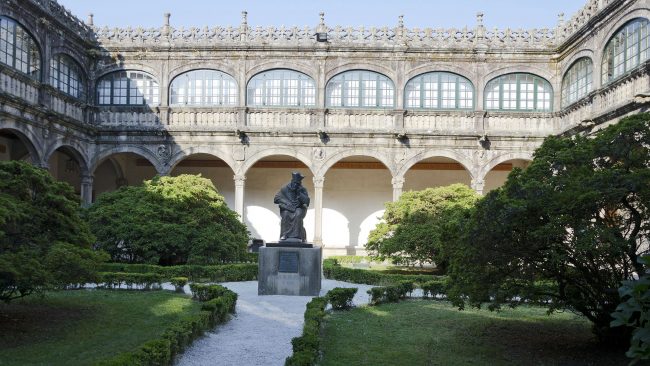 The Palace of Fonseca or Santiago Alfeo, from the 16th century, it is connected to the Palace of San Jerónimo through an elegant patio and exhibition halls. It is considered as the origin of the Compostelana University, which began its journey there by 1544, at the initiative of Archbishop Alonso de Fonseca III, which centralized all dispersed study centers on this site. Currently works as General Library of the University. 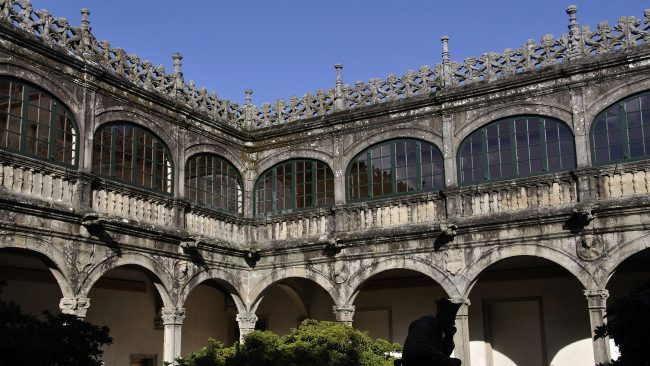 The Plateresque style facade is presided over by the shield of the Fonseca and crossing the door we will find the Chapel gothic and the Artesonado Hall where the refectory of the school worked. 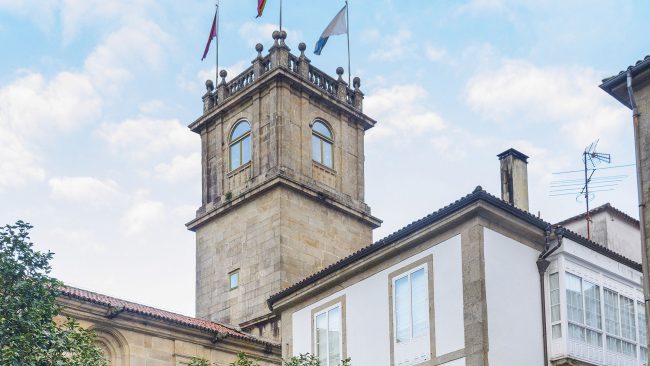 The schedule Visiting the cloister is Monday through Friday from 9 a.m. to 9 p.m. To visit the Artesonado Hall and the Gothic Chapel we must go during the exhibition hall, from Tuesday to Saturday from 11 am to 2 pm and from 5 pm to 8:30 pm; Sundays from 11 to 14 hours.