The Palermo Forests and Lakes officially they are called Tres de Febrero Park. Created in 1875, it is probably the most important public park in Argentina. Its 700 hectares, of which 130 are for public use, make up the green lung of Buenos Aires. It is located in the Palermo neighborhood, behind the Metropolitan Airpark, between Sarmiento, Figueroa Alcorta and Lugones avenues. 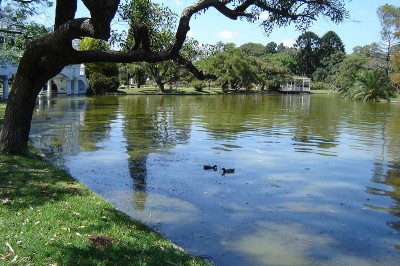 It is a privileged place because of its rich landscape, with fauna and flora of great importance. It was designed by landscape designers Carlos Thais and Benito Carrasco and over the years became a set of 16 interconnected seats.

Within their limits they are counted 4 artificial lakes: Victoria Ocampo Lake, Rosedal Lake, Planetarium Lake and the Regatas Side, so called because at other times races were organized in it. Populated by infinity of native fish, three classes of aquatic turtles and 50% of the poultry species of the province of Buenos Aires. The rental boats They remain, for many years, one of the biggest attractions. 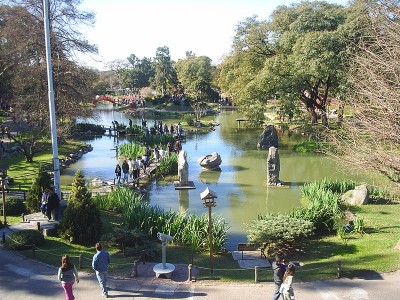 It also contains a series of institutions such as sports clubs, the Planetarium, the Racecourse and even a golf course. The Japanese garden, donated by the Japanese community of Buenos Aires, which reproduces a traditional Japanese garden and is one of its great attractions, such as the rosedal, which is the busiest sector. In the Rosedal stand out the Andalusian Patio, gift of the city of Seville in 1929, the Garden of the Poets, with a magnificent collection of busts honoring writers of the world, the Glorieta with climbing roses, the wooden bridge that crosses the lake and the Rose Garden itself, with more than 12,000 copies from around the world. 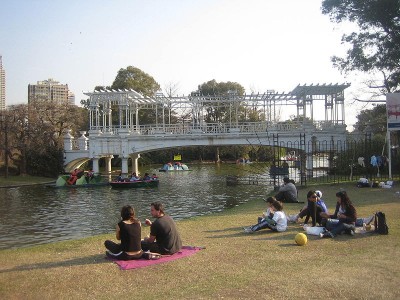 The entire park is populated with sculptures, fountains and monuments, among which Sarmiento stands out that Auguste Rodin did and the Monument to the Spanish, among others. It is not by chance that Buenos Aires take advantage of weekends to play sports or just walk in this place of reunion with nature in the city.