The Palma de Mallorca Cathedral It is located in the Almoina Square facing the sea. Built on the walls of the old town. Its construction was from the beginning of the fourteenth to the seventeenth century. It is Gothic and has three ships. It was declared National hystoric monument. 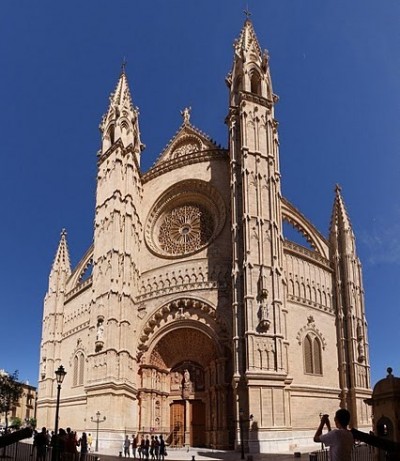 The Cathedral Museum It works in three of its rooms: the Sacristy, the Gothic Chapter Hall and the Baroque Chapter Hall.

Highlights to visit: the nave, where is the Chapel of the Trinitywhich is the Royal Mausoleum. The door Higher of the facade and the south gate or lookout That is richly decorated. The reforms of Gaudi at the beginning of the 20th century and those of Barceló opened in 2007.

Worth seeingA: on February 2 and November 11, about 9 o’clock, sunlight enters through the main window and is projected on the main facade. 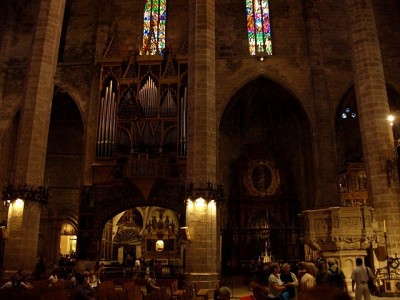