The Piazza della Santissima Annunziata It is inside the old town from the city of Florence, in the north zone. It was made at the end of the 13th century to house the weekly market. It acquired its typically Renaissance form, thanks to the fact that the most important architects of the time worked on the buildings that surround it. 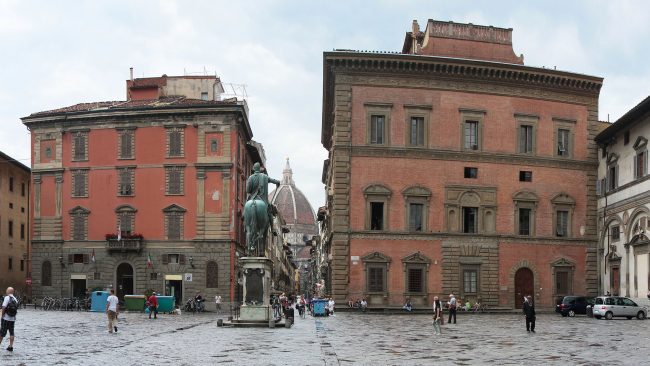 The porch on the eastern side of the square was designed by the great architect Brunelleschi, in the early fifteenth century, for the facade of the April Fool’s Hospital. The harmony of the portico marked the guidelines of Renaissance architecture. 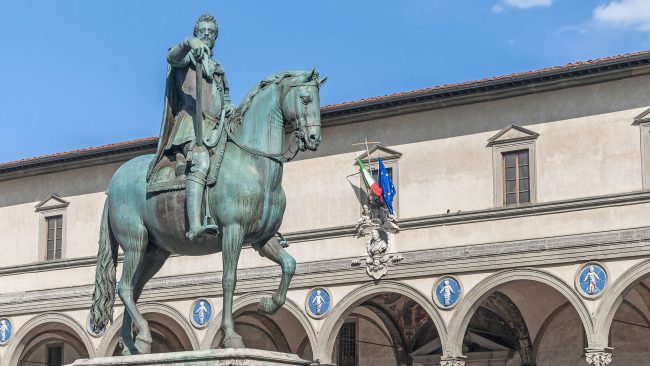 The square takes its name from the Basilica of the Santissima Annunziata which is on one of its sides. Another of the buildings found in the square is the Loggia dei Servi di Maria. 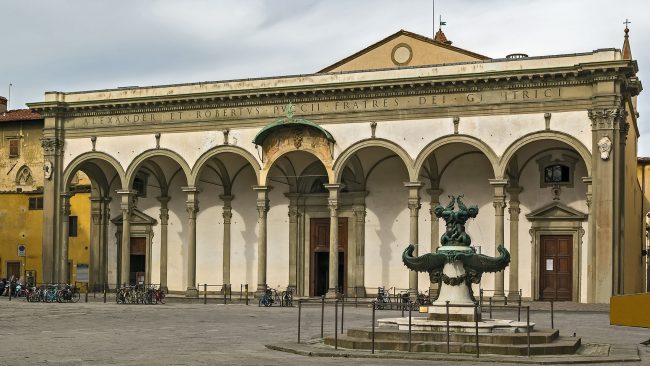 The equestrian statue of Fernando I, located in the center of the square, is the work of Giambologna. The decoration is completed with two Mannerist fountains that Piero Taca created in 1608, and which represent the faces of two bronze atlants. 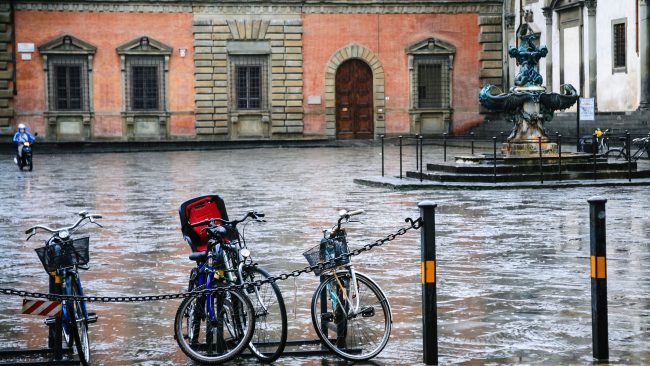 Every March 25, in the Annunciation Day, a popular party takes place in the square and stalls are mounted where they sell the traditional cookies called brigidini.