One of the most famous squares in London is the Piccadilly Circus, at an intersection of streets, located in the West End, in the Westminster district. It was built in 1819 in order to connect Regent Street with the main shopping street called Piccadilly (The term ‘circus’ was added for open circular space, located at an intersection of streets). Currently directly connects theaters on the avenue Shaftesbury, with Haymarket, Glasshouse street Y Coventry Street 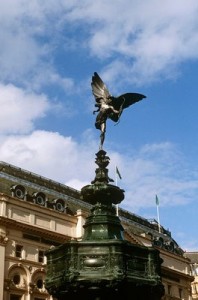 It is an important meeting point and a great tourist attraction, as it is close to the most important shopping and entertainment areas, as well as being in the West End. 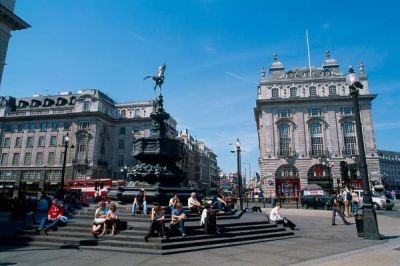 Picadilly Circus It stands out for its large video screens, in addition to its neon billboards, placed in the corner building. Also found here is a fountain made in memory of Shatesbury and the statue known by most as Eros, although it is about The Angel of Christian Charity or Agape. 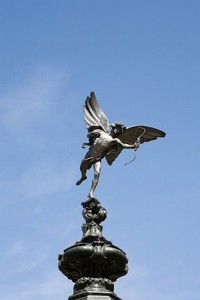 The square is surrounded by a large number of important buildings such as the Criterion Theater and the London Pavilion. And under the square is the station of London subway.