The Pitti Palace It is the largest and most majestic of the buildings in the city of Florence. Is found in Oltrarno, on the south bank of the Arno river. 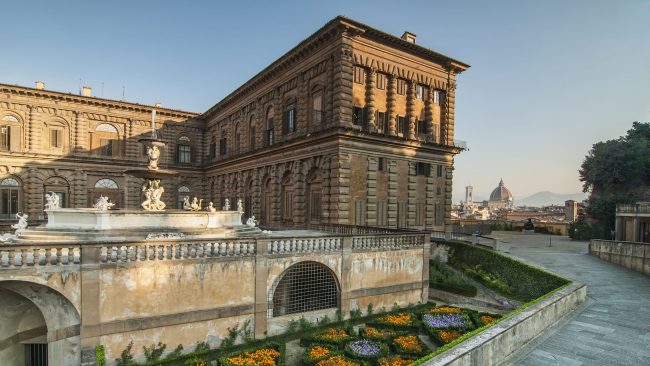 It was built in the mid-fifteenth century by Lucca Pitti, a rival merchant of the Medici, who hired Brunelleschi to lift the project that the Medici had rejected as too ostentatious.

One hundred years later, the ruined Pitti family sells their palace to Eleonora de Toledo, the wife of Cosme I de Médicis. She was tuberculous and thought that the air outside the city would favor her. After making extensions and reforms directed by Ammannati, they moved and, the wealthy families followed them to the new neighborhood, giving a boost to the area. For four centuries, the Pitti Palace was the Royal residence of the Grand Dukes of Tuscany. It is necessary to highlight the Royal Apartments, in the south wing, which were used for receptions and official events.

It currently houses a large art collection with works by Rafael and Titian, among others. The treasures of the families of the Grand Dukes are exposed in the museums that the palace hosts: the Palatine Gallery, the Gallery of Modern Art, the Costume Gallery, the Degli Argenti Museum, the Porcelain Museum and the Boboli Gardens that surround him. The Palatine Gallery is the museum that concentrates the most works of Rafael. 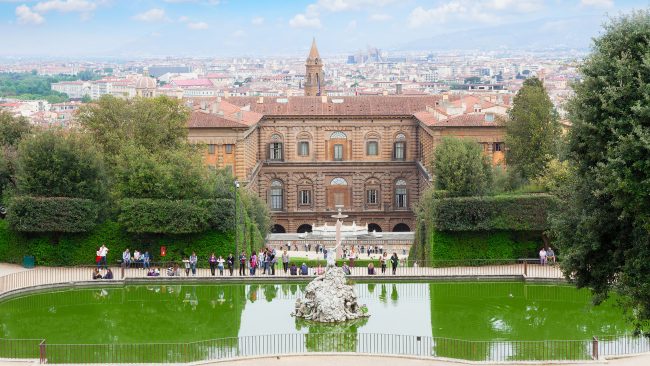 Each of the museums has a different entrance and schedule. The entrance of the Boboli Gardens entitles you to enter almost every museum. The entrance to the Palatine Gallery gives access to the Royal Apartments.