The May 25 Square It is known as the May Plaza and is in the old center of Buenos Aires. Surrounded by the streets Balcarce, Hipólito Yrigoyen, Bolívar and Avenida Rivadavia. Follow the traditional urban scheme that the Spanish Crown imposed at the time of the colonies. 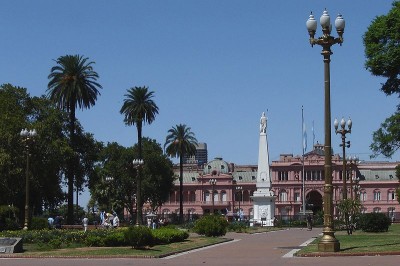 Its about same quadrangular site that Juan de Garay, in 1580, designated as Plaza Mayor. Is he power center of Argentina, since there is the Government House of the Nation in the east. On the south side we will see the Public Buildings fascist architecture ministries of the 40s. On the west side we find the Town hall and the city ​​Hall from the city. The Metropolitan Cathedral and the buildings belonging to banks among which that of the National Bank stands out for its magnificent dome, close the square on the north side. 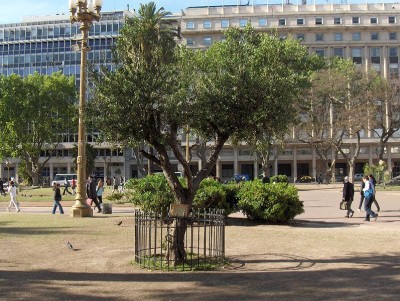 The May Pyramid presides over the Plaza. Crowned with the representation of the Republic, it was designed as an obelisk on the first anniversary of the May Revolution and in 1856 it was covered by the current design, designed by Prilidiano Pueyrredón. A equestrian statue of Manuel Belgrano, politician, journalist and creator of the Argentine flag, is right in front of the Pink House. 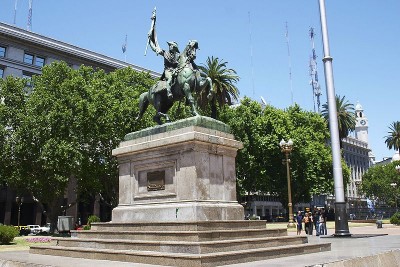 It was declared National Historic Place for having lived the most important social and political moments that marked the nation. Millions of people have manifested for different causes, coups, wars and celebrations that did not leave the population indifferent. The most significant is the round that every thursday at noon they perform Mothers of Plaza de Mayo, demanding justice for their missing children at the time of the dictatorship. 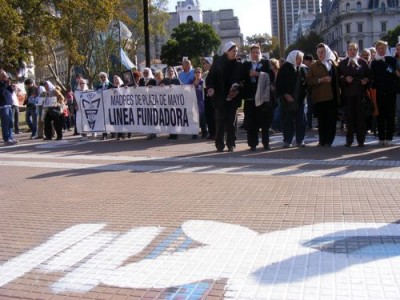