The Plaza Mayor de Orense It is in the heart of old town of the city that has been declared National Historic-Artistic Ensemble. In it converge all the streets from which we can go to Ourense. 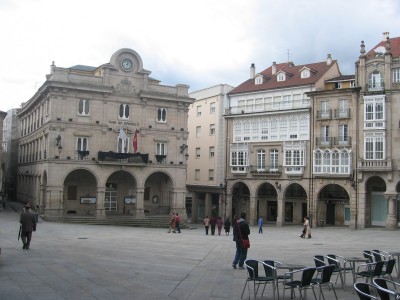 This unique square with sloping ground is the center of the city’s activity since ancient times. It was built in the 12th century, although it was completely renovated in the 19th century. It was the old field of the fair and in her the celebrations took place, even, bullfights. 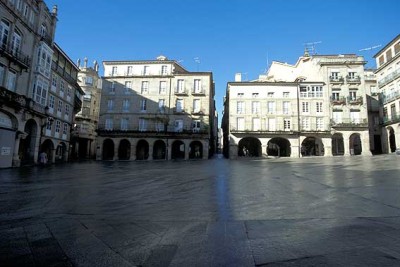 Three of its sides are closed with porticoed buildings of glazed viewpoints, mostly from the 18th and 19th centuries.
Is the Town Hall who presides over the whole set. A classic facade building that stands out for the emblazoned balconies of the first floor, which can be seen in the lower part of the square. 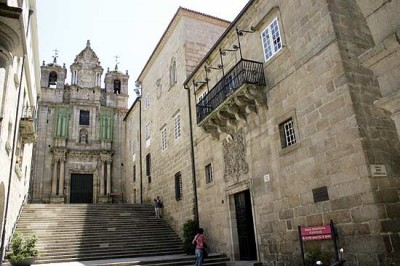 One of the corners houses the Church of Santa María “La Madre”, from the end of the 11th century, which we will access by a 17th-century staircase that in the 20th century was subject to a comprehensive restoration. At his side we can find the Provincial Archaeological Museum that works in the former Episcopal Palace. 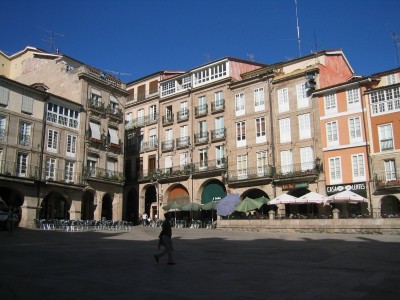 On summer afternoons the arcades become traditional terraces which are the social meeting place of the orensanos. On the first Sunday of each month a market of traditional and old products is held.