Ireland is an island whose territory belongs to two different countries: the Republic of Ireland and the United Kingdom. In this article we show you different maps of the area in which its political division is reflected and the name and location of the most important cities, among other aspects.

Ireland is a country belonging to the European Union that is located in the Pacific Ocean. This country is divided into four provinces: Leinster, with capital in Dublin, Ulster (Belfats), Munster (Cork) and Connacht (Galway).

In the case of Ulster, much of the territory belongs to North Ireland, an area that is part of the United Kingdom. In the following image you can see the location of each province and its capital: 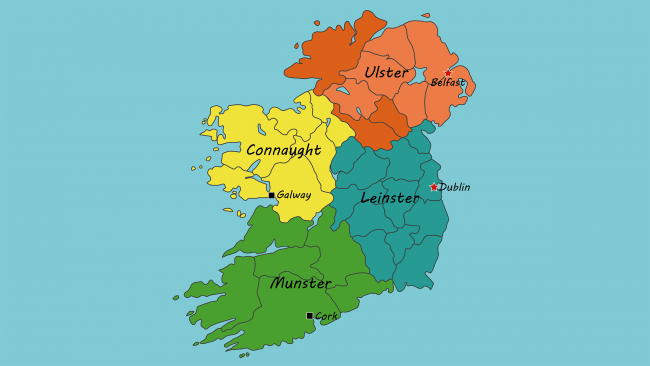 At the same time, this territory is divided into a total of 32 counties. The most populous is the county of Dublin, since around 1.3 million inhabitants live there. These are the names of all counties: 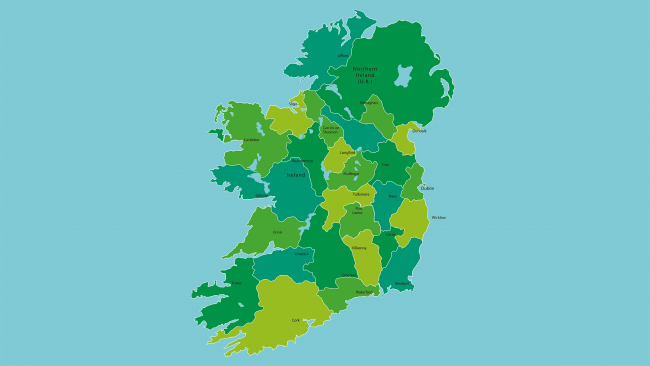 The island of Ireland is the third largest in Europe, as it has an area of ​​84,421 km². 83% of this territory belongs to the Republic of Ireland and the remaining 27% to the United Kingdom.

Much of the relief consists of large plains and low-lying mountains. The highest peak is Carrantuohill, which has an altitude of 1,041 m.a.s.l. The main mountain ranges are the following: 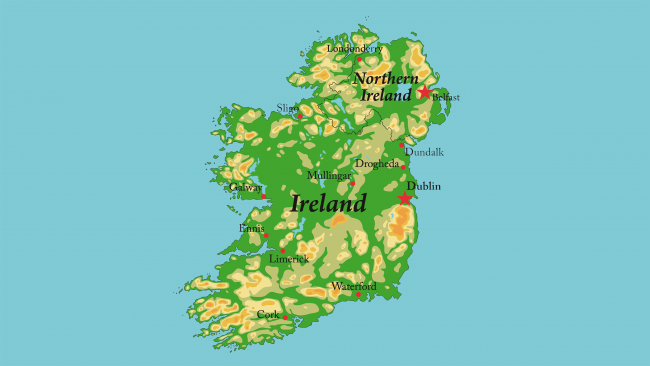 The coast of the area is quite rugged and the cliffs, as well as the small peninsulas, are abundant. As for the rivers, the longest is Shannon, with 386 km in length. Other prominent rivers are Blackwater, Bann and Barrow.

In Ireland we also find numerous lakes. Among them are the Lough Allen, Corrib, Lough Ree and Erne lakes. The largest is Lake Neagh, which has an area of ​​392 km². 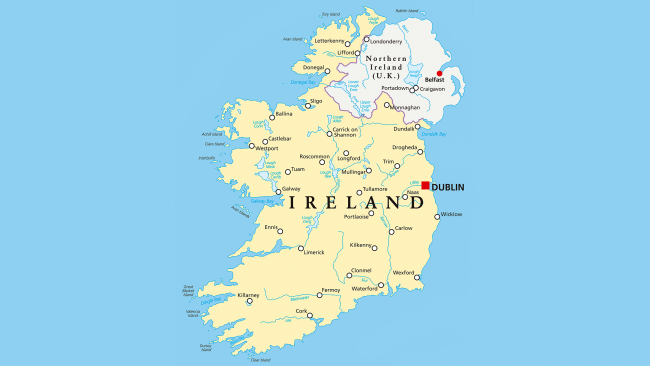 The roads of the Republic of Ireland are of good quality. The country has more than 1,000 km of highways and highways. If the name of the road starts with the letter M, (for example, M50), it is a highway, while if it bears the letter N it is a national highway.

The M50 road is the highway that runs around Dublin. This has an innovative system: the barrier-free toll. Thanks to this, drivers do not have to stop paying, but a camera photographs their registration and must pay the corresponding amount online or by phone.

On the other hand, in the following map you can see the rail network of Ireland. The train connects the main cities, especially Dublin, although there are areas that are not so connected. 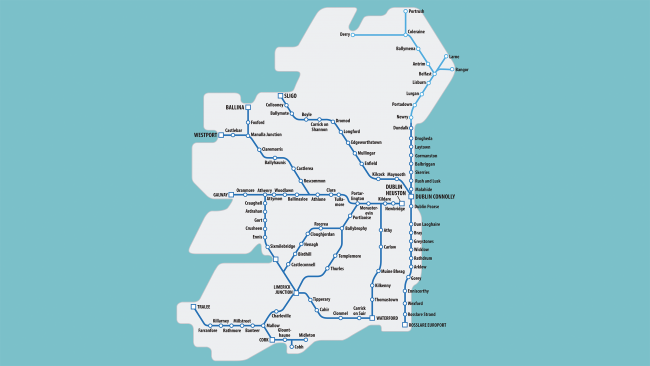 In this tourist map you can see the main attractions and places of interest drawn, both from Northern Ireland and the Republic of Ireland (area that some people call Southern ireland). 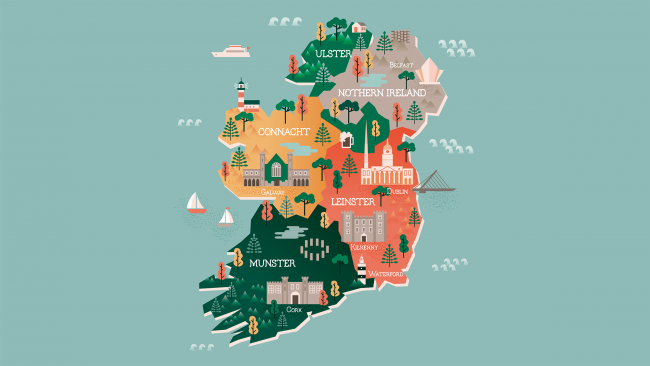 Likewise, people interested in history can observe how both Ireland and Britain were conceived in the century XVI thanks to this map dating from 1564. 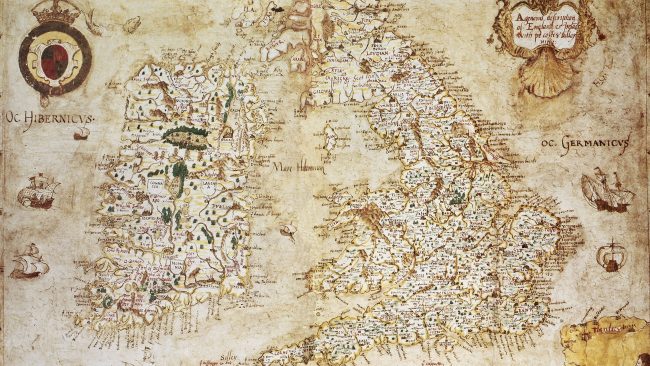 This article has been shared 24 times.