Africa is the third largest continent in the world and one of the richest in mineral resources. However, most African countries are developing. It is estimated that more than 50% of the population lives in extreme poverty. Below we show you what are the causes of this situation.

Malnutrition is the main problem for the African continent. It is a direct consequence of the extreme poverty suffered by African countries. By malnutrition we understand the lack of food or insufficient intake of the amount of calories, minerals, vitamins and nutrients essential for maintaining a state of health and weight according to age.

It can cause various health problems and diseases, some mild and others chronic or very serious, mostly related to developmental deficiencies and normal growth of children. The main diseases are the following: 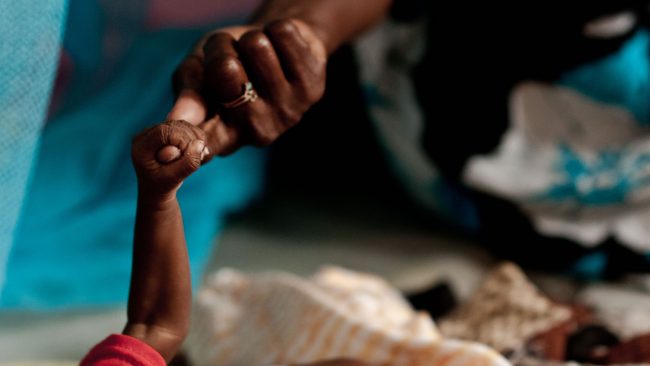 According to data collected by the World Health Organization (WHO), currently between 3 and 5 children under 5 years die annually due to malnutrition and diseases derived from it. In fact, hunger is the leading cause of death among children, representing almost 50% of deaths of children under the age of 5, making it more lethal than malaria, tuberculosis and AIDS together.

According to data collected by the PRB (for its acronym in English of Population Reference Bureau) in 2008, infant mortality rates in different countries of the world have declined in recent decades, a fact that has been key to the increase in life expectancy and reproductive efficiency on the planet, partly thanks to the boom of the so-called fertility tourism and assisted reproduction.

The list, led by Norway and Iceland with the best success rates worldwide, presents an average of the number of deaths of children under 1 year and 4 years per 1,000 children born. In it, the 20 countries with the worst mortality rates belong to Africa, with Niger being the one that records the most alarming data.

Similarly, improve the maternal health It is another objective of NGOs around the world. It is estimated that around 600,000 pregnant women die year after year from infections, obstructed labor or hypertensive disorders of pregnancy. 20% of the diseases suffered by children under 5 are related to poor health and nutrition in their mothers. 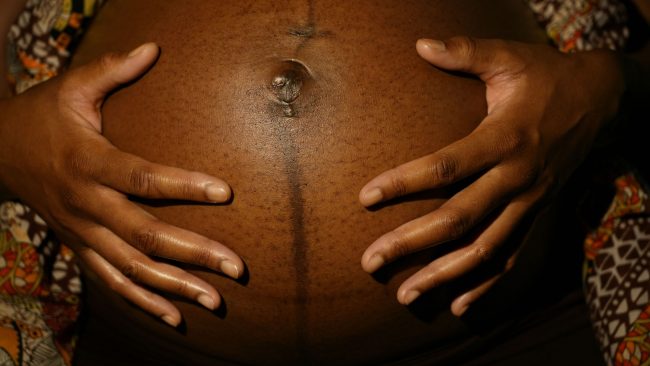 UNICEF estimates that the number of orphaned and vulnerable children due to the AIDS virus will amount to 25 million by the end of the decade, of which 18 million will be in sub-Saharan Africa. The foundation Save The Children It estimates that 12,000 children lose their lives on a daily basis in the African continent due to causes related to malnutrition and diseases such as malaria or diarrhea.

Although Africa is one of the richest continents in terms of landscapes, fauna and flora, the African reality is dramatic: more than 300 million people live on less than a dollar a day and at least 43% of the population does not have access to drinking water. In short, Africa is considered the poorest region in the world today, what is known as Third World.

South Sudan is another of the countries where the highest poverty rates are registered within the continent and one of the poorest countries on the planet. After the period of wars, poverty began to spread rapidly throughout the territory due in large part to droughts, poor land management, poor agriculture, etc.

However, efforts are being made to strengthen the agricultural potential of this country through the initiative Purchases for Progress (P4P). 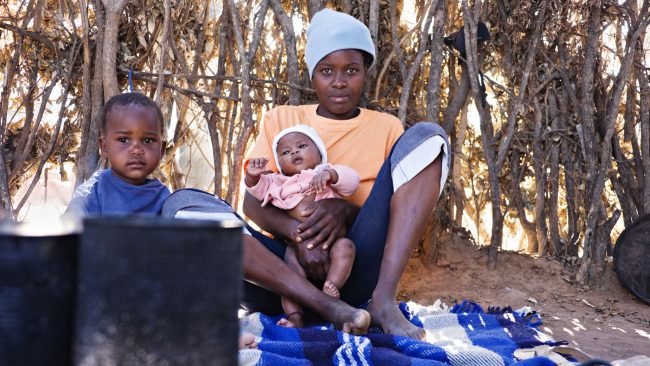 Madagascar is another of the African countries with the highest poverty rates, not only because 50% of children suffer from malnutrition or stunted growth, but also because it is a region very vulnerable to natural disasters, such as floods, cyclones, droughts … These adversities are a plus to the already difficult social and economic situation in the country.

Finally, it is worth highlighting the serious humanitarian crisis that currently lives Sudan due to the various internal, religious, economic, environmental, racial and territorial political problems. Day by day, Sudanese society faces violence and armed conflict, killings and racial cleansing, in addition to the drought that has plagued the country since 2007. Since then, more than 300,000 people have died and some 2.5 million have forced to leave their homes to flee war and poverty.

Political instability and terrorism, among others, mark the current situation of most West African countries, as well as other problems such as piracy and drug trafficking. The countries covered by this region are Burkina Faso, Benin, Ivory Coast, Cape Verde, Ghana, Gambia, Guinea, Guinea Bissau, Liberia, Mauritania, Mali, Niger, Nigeria, Senegal, Sierra Leone and Togo. 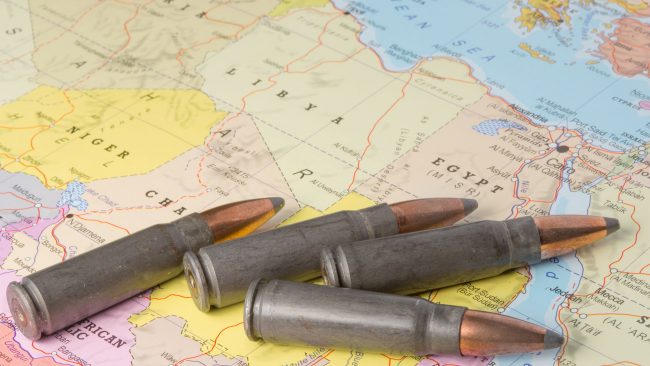 Since the independence of this territory, political instability has become the reality of most of these countries, especially Ivory Coast, Sierra Leone, Nigeria and Liberia. The civil wars and the numerous coups d'état are some of the most alarming problems suffered by these countries today. All of this is a major concern for the international community, especially the United States and the EU member countries.

Although many other West African countries have managed to resolve their discrepancies by political and democratic means in order to avoid war, the truth is that there is still much to do to stop the military coups, a phenomenon still prevalent. The last episodes took place in Guinea Bissau and Mali in 2012, which resulted in the displacement of more than 200,000 people.

This region has also established itself as a base for cocaine trafficking networks. Likewise, there is frequent transit along the western coast of camouflaged ships that transport drugs from South America or Europe. This is because the cartels of these countries often use different African countries as a warehouse.

According to data provided by UNICEF and UNESCO, more than half of the children on our planet who do not go to school reside in countries in sub-Saharan Africa. This figure is further increased if we focus on the case of girls from poor families, who live in rural areas or carry the weight of the home. Several UN agencies have shown that today more than 30 million children in this area do not have access to education. 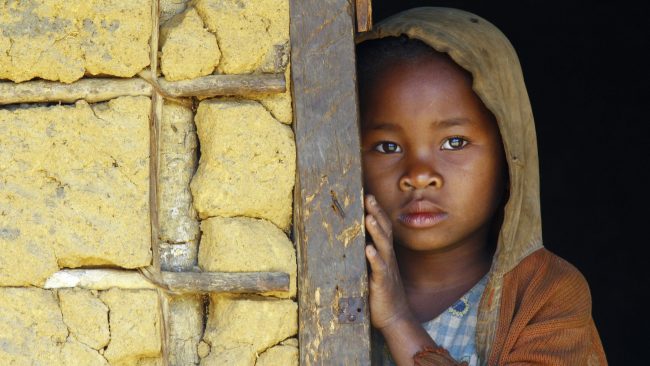 UNICEF and the Nelson Mandela Foundation have promoted the campaign Schools for Africa, whose objective is to provide the necessary means for education in Africa to be taught in solid and quality schools, which does not necessarily translate into the construction of school buildings. This involves teaching the class in private homes, tents or even under a tree.

Thousands of children are forced daily to travel several kilometers to attend class in buildings whose classrooms are crowded and lack the basics. This is due to the lack of means, the infrastructure deterioration and the need to end up using school buildings for other purposes.

Although between 2000 and 2007 there were very remarkable advances, the truth is that progress has been stagnant in recent years. In addition, the quality of education provided in many of the schools built in this region is questionable, mainly due to lack of materials, inadequate facilities, poorly qualified teachers and excess students per classroom. 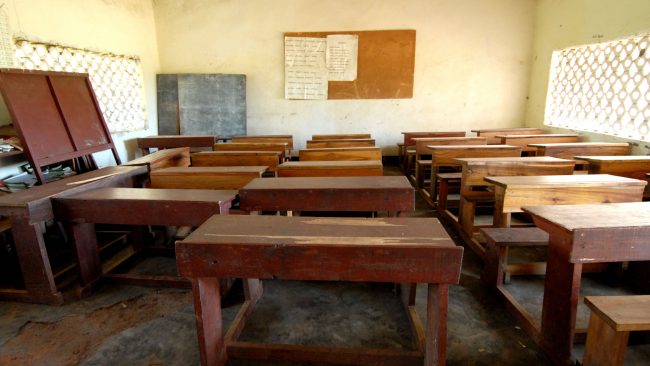 Africa is one of the richest continents in minerals, as evidenced by the presence of large deposits of fossil fuels such as coal, oil and natural gas, as well as large reserves of precious stones and minerals such as gold, copper, diamonds, nickel, bauxite … However, so many mineral resources have not avoided the numerous environmental problems that this continent is experiencing today.

The main environmental problems that affect most countries of the African continent are the following: 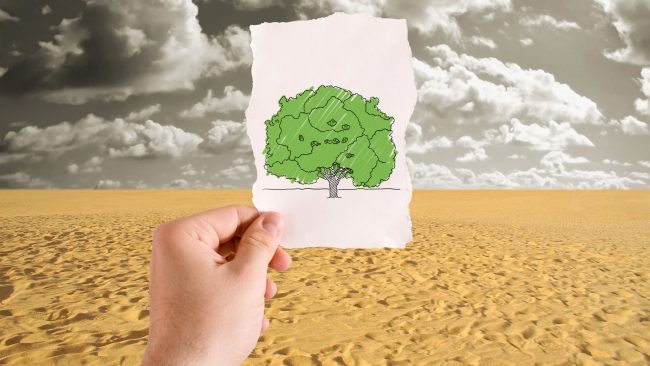 The consequences of these problems range from the loss of biodiversity and soil fertility to the contamination of water resources. All this brings as a final consequence the generalized destruction of the habitat, which can generate a series of irreversible situations for the continent, such as the increase of economic and social imbalances.

Climate change is a phenomenon to be taken into account in this regard, since it has a very serious negative impact on food production, which at the same time promotes migration to more developed countries, affects the health of the population and to the market. The salinization of the rivers is something that brings with it permanent consequences for agricultural production and the planting of a food as basic as rice.

The most eco-hazardous countries in the long term are:

Health in Africa and, specifically, in countries like Mozambique is so deficient that the Ministry of Health itself has affirmed that about 60% of its inhabitants do not have access to health or medicines.

At a general level, there are more than 460 million people on the continent without access to any kind of sanitation services. These are the main reasons why, in addition to malnutrition, epidemics and other diseases are the leading cause of death. But what diseases are the most widespread in Africa? We show you below: 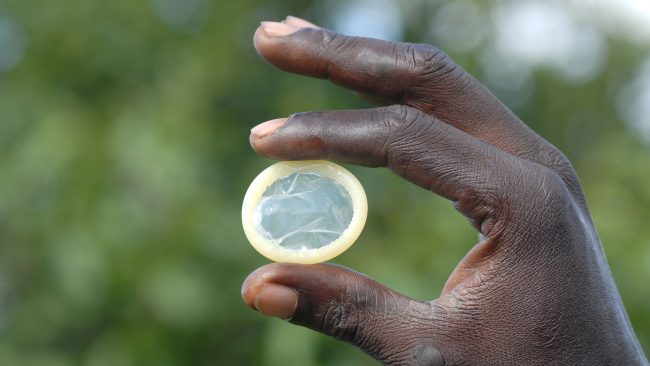 Given the precarious health infrastructure in Africa, the eradication of these diseases is still far away. Therefore, the help of the most developed countries is essential to save lives and increase the quality of health services in the continent.

This article has been shared 285 times.