The Commonwealth is composed of sixteen sovereign states that we list in alphabetical order below:

As monarch of the United Kingdom also assumes the role of Supreme Governor of the Church of England and its political role encompasses a large number of functions.

Among them, the implementation of significant constitutional measures and acting as the representative figure of national unity of British citizens before the rest of the world.

Daughter of King George VI and Queen Elizabeth (known as the Queen mother), when his father ascended to the throne in 1936 after his brother Edward VIII abdicated, Elizabeth Alexandra Mary began already during the Second World War to carry out public functions in the female branch of Auxiliary Territorial Service of the British Army. 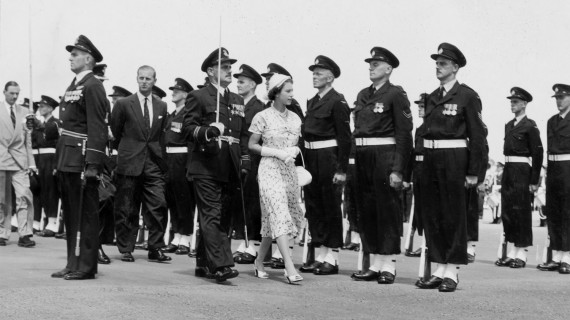 After the death of her father in 1952, Isabel became the supreme head of the Commonwealth of Nations and queen of the seven independent countries that comprise it: Australia, Canada, Ceylon, New Zealand, Pakistan, United Kingdom and South Africa.

Thus, the June 2, 1953When he was 25 years old, his celebration was held at Westminster Abbey (London) coronation, which was the first in the history of British royalty to be broadcast on television. 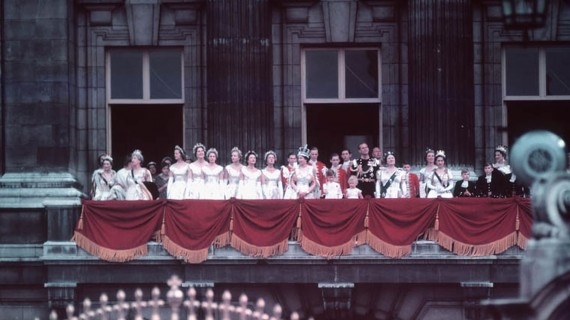 Reign and Jubilee of Diamond

Already since the beginning of his reign and after World War II, Elizabeth II of England witnessed how the power of the crown in the politics of the United Kingdom was reduced to a merely symbolic role.

However, his reign has always been marked by a continuing tendency to seek to maintain the unifying character of the Crown in the political sphere and for the progressive transformation of the British Empire in the Commonwealth of Nations.

This has been achieved thanks to his numerous trips around the world in order to strengthen ties with subjects of other races, cultures, religions, etc., something that had not been seen before in any British monarch. In 1991 after the Gulf War, he became the first British monarch who addressed a parliamentary session in the United States Congress.

On June 3, 2012 the Diamond Jubilee of Queen Elizabeth II, in which her 60 years of reign since its coronation took place in 1953.

In the history of British royalty, only another Diamond Jubilee had been celebrated: that of Queen Victoria in 1897. Despite the fact that during her Silver and Gold Jubilees the Queen did travel to the different member countries of the Commonwealth of Nations, this time did not leave the United Kingdom.

It was a massive act in which the streets of London and the United Kingdom in general were decorated with flags of Great Britain and the member countries of the Commonwealth of Nations, just as many British citizens celebrated in style. 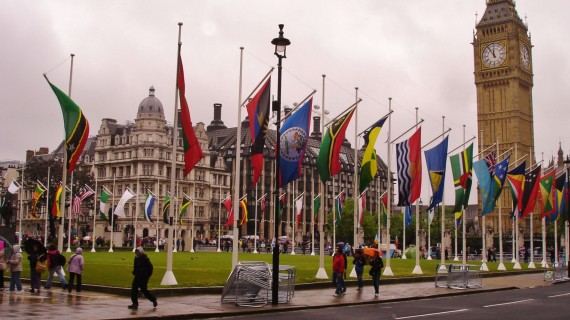 The Queen met her future husband, the prince Philip of Greece and Denmark, in 1934, when his official name was Lieutenant Felipe Mountbatten.

It was not until November 1947 when they got married and this happened to be Duke of Edinburgh and received the treatment of His Royal Highness (His Royal Highness in English). The fruit of this marriage was born his first son, the Prince carlos, in 1948. Later they had three more children: Ana, Andrés and Eduardo, in chronological order.

For being the eldest son, the Prince Charles of Wales and Duke of Cornwall is the heir to the throne of the United Kingdom and the Commonwealth of Nations. Since contracting his first marriage to the deceased Diana Spencer In 1980, the life of Prince Charles has always remained in the spotlight of the British press and around the world.

The marriage had two children, the Prince Guillermo (1982), Duke of Cambridge, and the minor, the Prince Henry of Wales (1984). Throughout the 1980s, the marriage between Prince Charles and Princess Diana was deteriorating and their distancing was already more evident in the 1990s. In 2005 he married for the second time with Camilla Parker-Bowles. 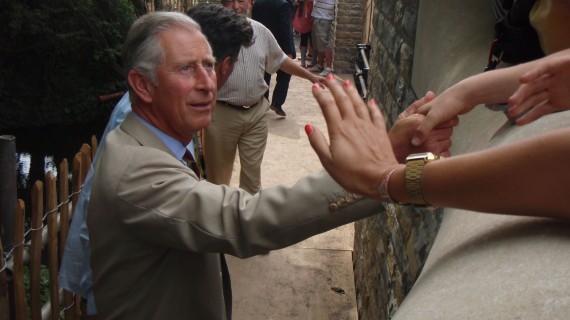 Princess Diana of Wales, known as Lady di, died in a controversial traffic accident in Paris on August 31, 1997.

The popularity that he had already gained during the 80s due to his participation in numerous humanitarian causes added to the controversy that was created around his death, have made Princess Diana such a representative figure of the British crown that even her life was taken recently to the big screen with the movie Diana (2013).

He Prince Guillermo, Duke of Cambridge, married in 2011 with Kate Middleton, who acquired the title of Duchess of Cambridge. The fruit of this marriage was born in 2013 the great grandson of Queen Elizabeth II, the Prince George of Cambridge, and in 2015 his second son will be born.

The Royal Monogram, Royal Cypher in English, it is used to identify the sovereign of the United Kingdom, in this case, Queen Elizabeth II, whose monogram is E II R.

The monogram contains the first initial AND by Elizabeth (name of the Queen in English) and the second initial R, which represents the term derived from Latin regina, what does it mean Queen. The Royal Monogram is printed on real and state documents, and is also used in the different departments of the British Government.

His intense work to maintain the unification of the United Kingdom, as well as his management of the transition from an imperial system to a free association of nations, have led Queen Elizabeth II to reap the great influence she has today.

Its assessment is manifested largely with its appearance in coins and bills of the currency of numerous countries of the Commonwealth, such as Australia, Canada, New Zealand and, especially, United Kingdom, among others.

Top photo by UK in Italy.