The most beautiful cities are those that stand out for their historical heritage and their various attractions. If you want to know which are the most beautiful in Spain, here we bring you a ranking with photos of the most impressive populations of the country, as well as some interesting data of each place. Surely after seeing this article, you will want to visit them. What is the most beautiful city in Spain?

One of the most characteristic corners of Girona is the colorful houses built along the Oñar River. Also, the historic center is known as Old Town. 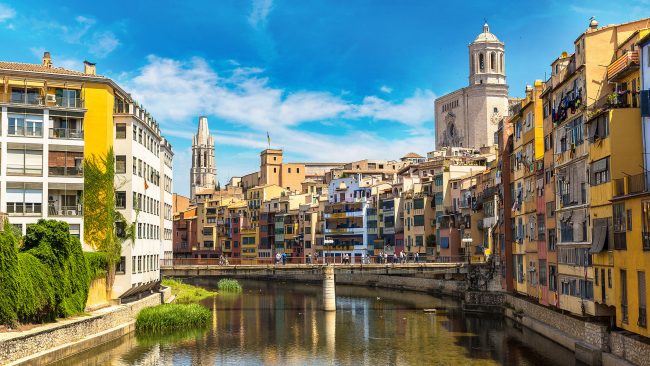 In Galicia we find one of the most beautiful coastal cities: A Coruña. Among the buildings that most surprise its visitors we find the Church of San Jorge and the Collegiate Church of Santa María del Campo. 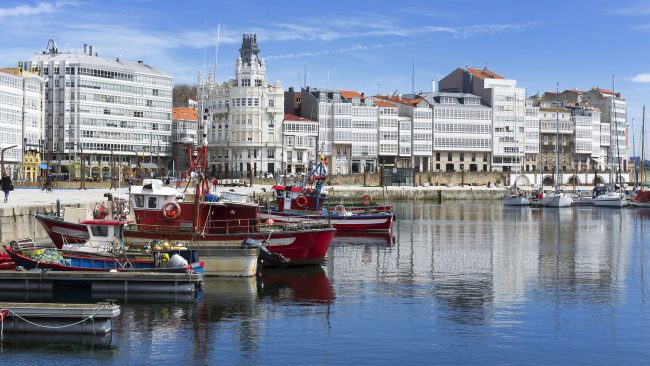 In northern Spain, specifically in Asturias, we find Gijón. Throughout its history, the port It has been a fundamental point for the economic development of the city, since more than 20 million tons of merchandise come out from it every year. 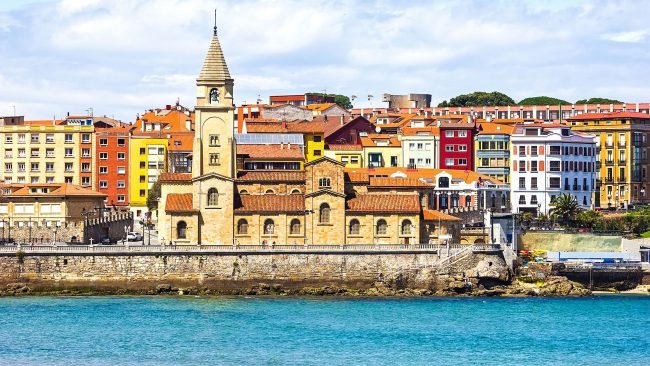 Not everything in Mallorca is beaches and party places. Its capital, Palma de Mallorca, is one of the most beautiful in the country. Proof of this are the Cathedral of Santa Maria or the Plaza Mayor. 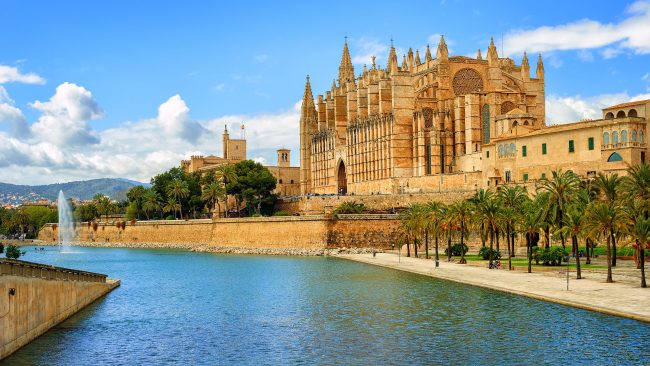 The medieval wall Surrounding this city, Ávila is positioned among one of the most beautiful cities in Spain. Within it you can visit the Polentinos Palace, which dates back to the 16th century. 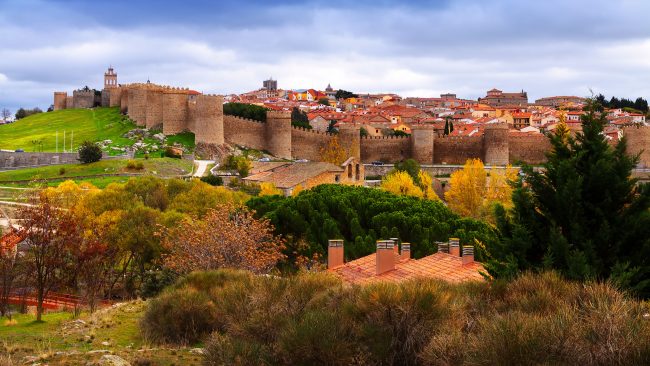 Burgos is a municipality in which numerous buildings of the Middle Ages, such as the Arch of Santa Maria, the cathedral or the castle. The latter began to be built in the ninth century, although it underwent some modifications over the years. 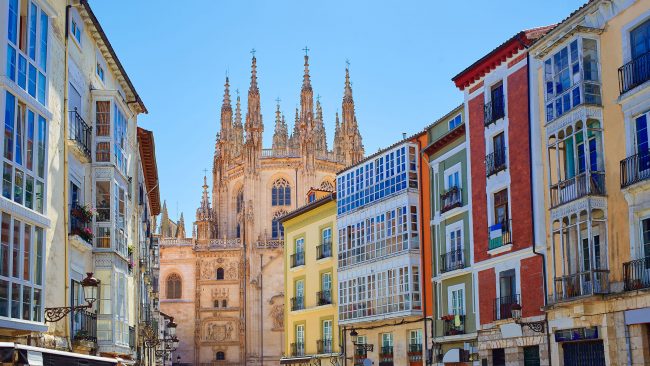 Santiago de Compostela is the town where the Camino de Santiago ends, which thousands of pilgrims travel every year. Its cathedral is the meeting point of most visitors. 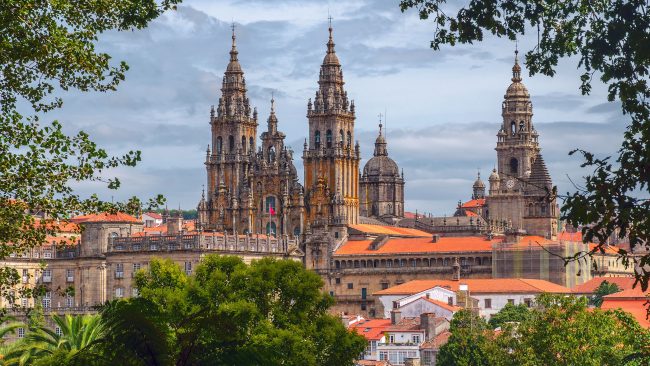 Another city on the Spanish coast that stands out for its beauty is Cádiz. If you plan to visit it, the best date is during your carnival, which is celebrated between February and March, and brings together numerous musical groups that sing songs about outstanding events with a touch of humor. 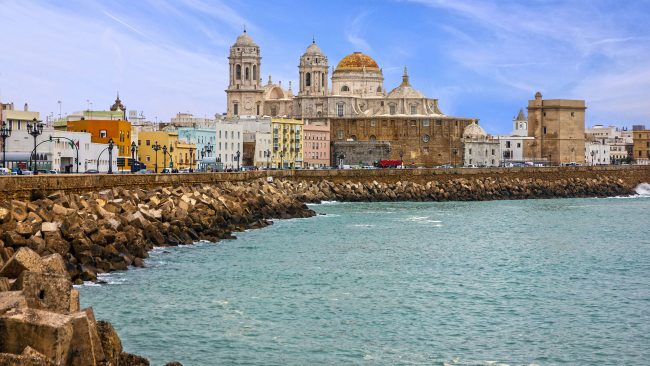 Córdoba is another point in the country where a great heritage resulting from different cultures is preserved. Among the different constructions, some of the most important are the mosque and the Roman bridge. 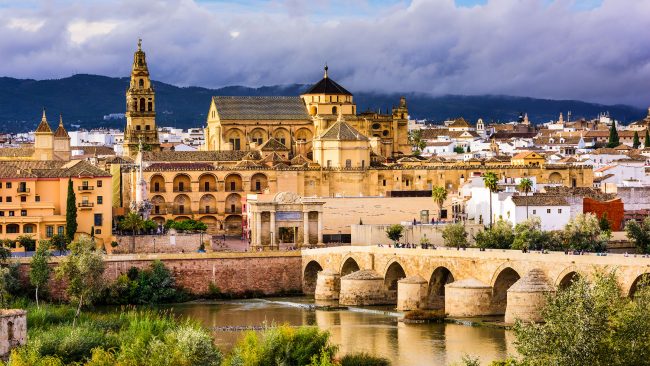 He aqueduct that we can find in Segovia is one of the best preserved buildings in the country. It was built in the 2nd century A.D. and it was used to transport water from the Fuenfría spring, 17 kilometers from the city. 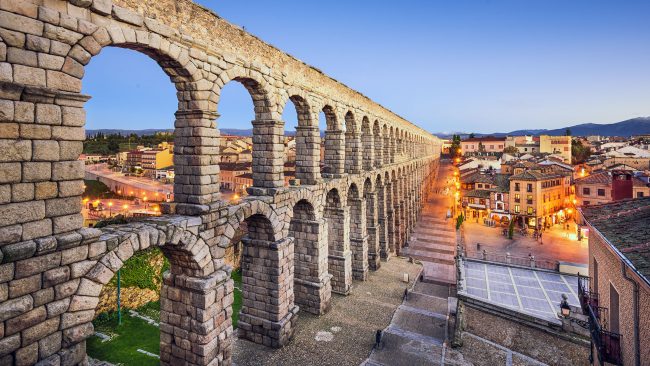 One of the areas that most attracts the attention of Cuenca is the part that is built on the edge of a precipice. Among these buildings, the Hanging Houses, whose balconies have views of vertigo, are the most popular. 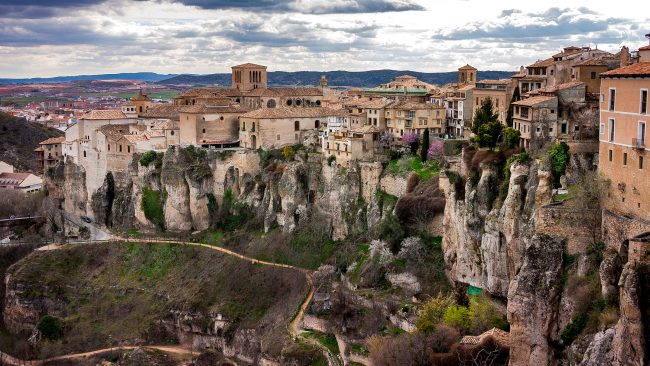 Cáceres is one of those Spanish destinations that are undervalued. Although not one of the best known, it stands out for the beauty of its historic center. It is also a declared city World Heritage. 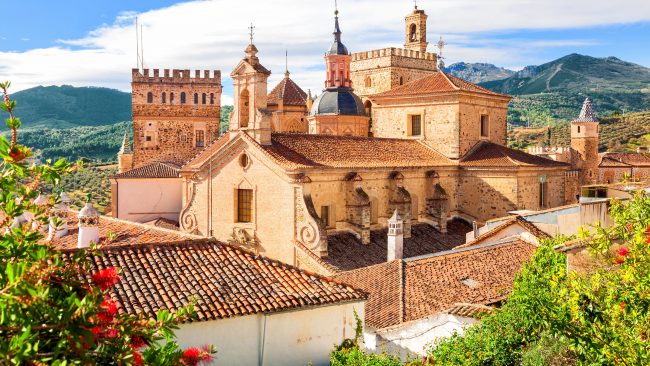 Salamanca is the city chosen by thousands of young people to study there. In relation to this, here we find the oldest university in Spain, which was founded in 1218. 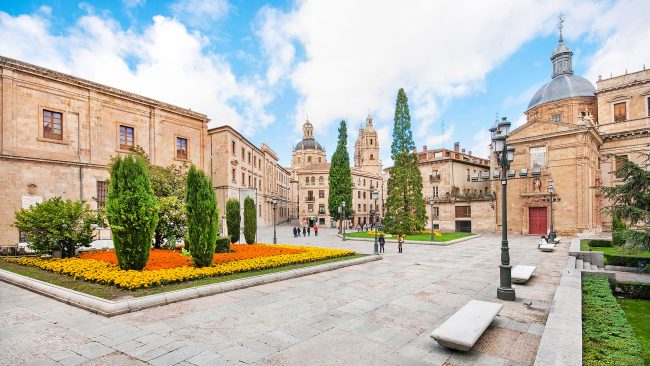 The Spanish capital is a perfect destination to spend a weekend. The attractions of the city are numerous, so it is practically impossible to get bored in it. You can learn more about this area in this article: Madrid tourist guide: what to see and do in the capital of Spain. 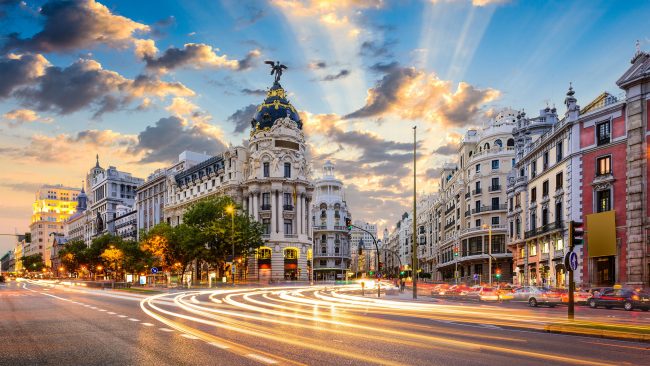 San Sebastián or, in Basque, Donostia, could not be understood without the Cantabrian Sea. On the banks of this one is the Comb of the Winds, a set of three sculptures that weigh ten tons each. 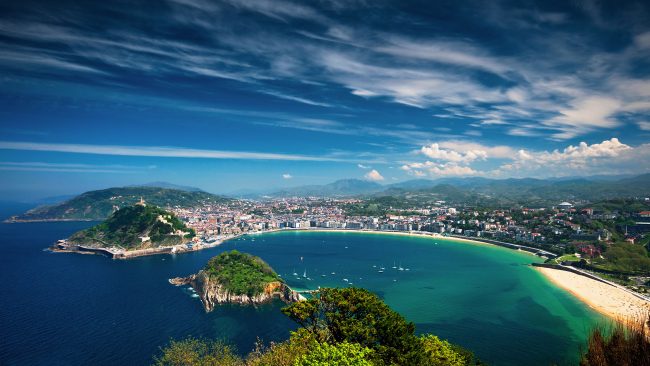 Valencia is a beautiful city that, thanks to its Mediterranean climate, you can visit in winter without having to go cold. However, in summer the temperatures become remarkably high, although you can always cool off to one of its beaches. 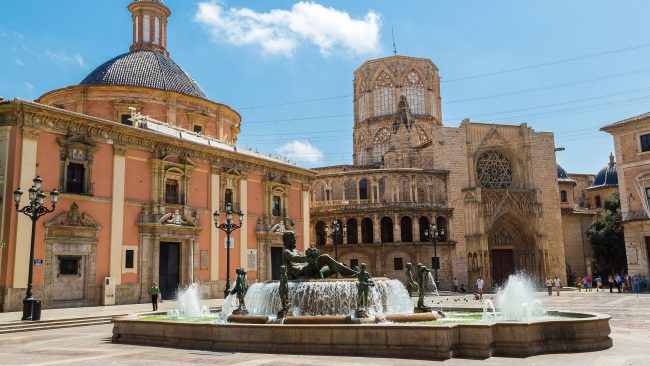 The beauty of Seville is not only in its buildings, but also in its culture and the way of being of its inhabitants. Among the most famous areas are the Plaza de España, because in its walls we find all the provinces (except Seville) and archipelagos of Spain. 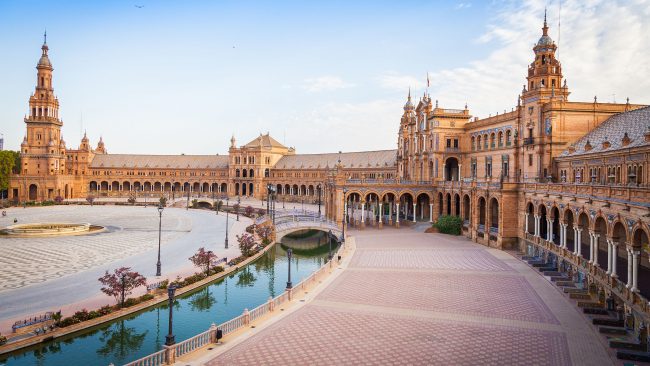 Toledo stands out as a city where they lived together in the past three cultures: the Christian, the Jewish and the Arab. This has made it a corner full of attractions for tourists. 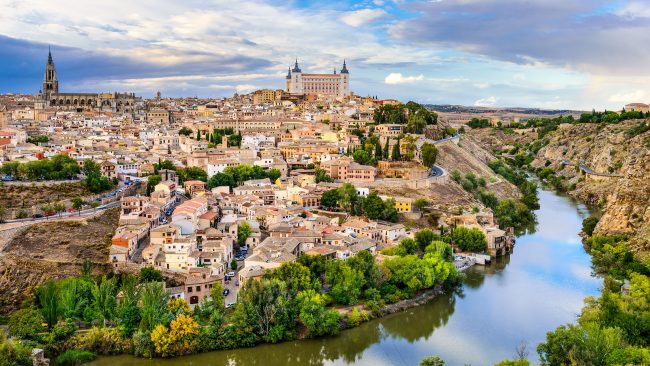 If you decide to visit Barcelona, ​​you cannot resist taking a walk through the Park Güell, from which you can enjoy stunning views of the area. You can find more information about the city in the following article: Barcelona tourist guide. 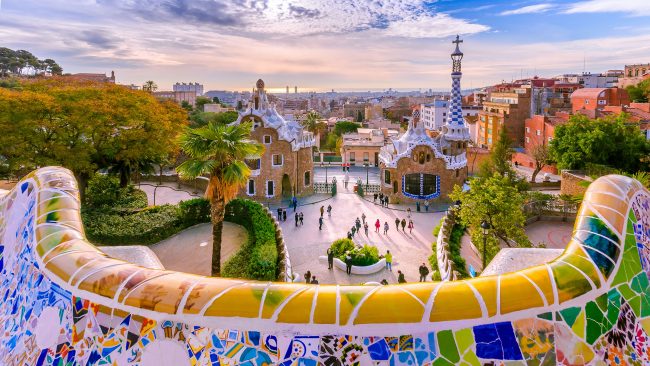 This city of Andalusia is known worldwide for the Alhambra, which is declared a World Heritage Site by UNESCO. This was an Andalusian palatine city, that is, it was built by the Arabs. 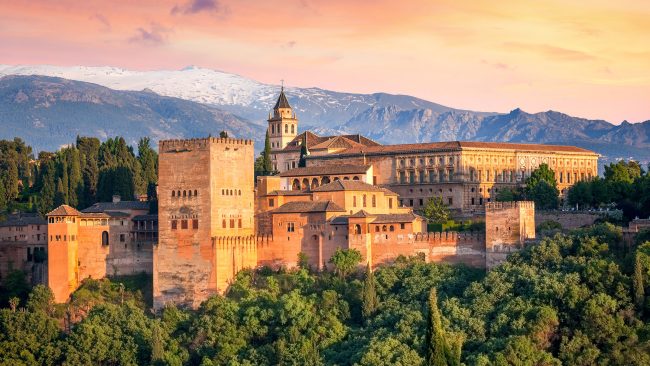 However, in Granada we can find other outstanding attractions, such as the cathedral or the Albaicín neighborhood. There are quite a few people who think the city is prettier from Spain.

In this video you can see the beauty of some of the most important areas of the city:

As we have seen, the top 3 of the most beautiful cities in Spain are Granada, Barcelona and Toledo. Do you agree or do you think others deserve these positions?