The Royal Alcazar of Seville they are a rich palace complex of the city, located in the Triumph Square. Is declared Heritage of humanity by unesco, in 1987. It is probably the best preserved example of the Mudejar architecture. Currently its dependencies are occasional real accommodation, many events take place there. 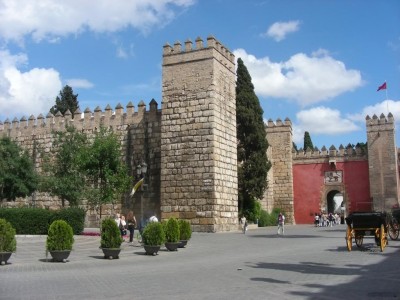 It was built on Roman ruins, by order of the first Andalusian Caliph, in the year 913. Moment from which gardens, palaces and courtyards were added, until Pedro I of Castile at the beginning of the fourteenth century he will order to build the royal residence within the Almohad palaces. As a result, the overlapping of styles is remarkable, from the initial Islamic art, through Mudejar, Gothic, to the Renaissance and Baroque of the last reforms. 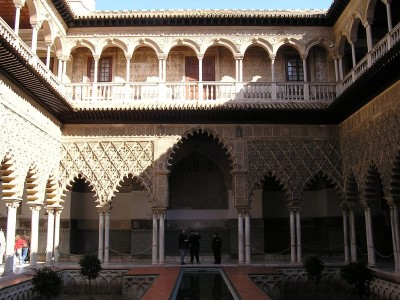 They highlight the Courtyard of the Plaster of the Almohad stage; the Courtyard of the Maidens, decorated by the best artists from Granada; the Courtyard of the Montería, meeting place of the court for hunting. The Salons of Carlos V, whose rooms and chapel are adorned with tapestries and tiles. The Gardens of the Alcazar they reflect the different styles and gardening, with more than 170 cataloged species. The Ambassadors Hall It is the most important piece of the palace, with its impressive dome decorated with cedar. 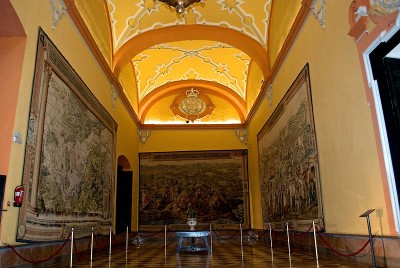