The religious aspects of the ancient Egyptians were divided into two sectors:

On the one hand in the predinastic time, the ancient Egyptians gave charges of divinity to natural phenomena inexplicable to them. 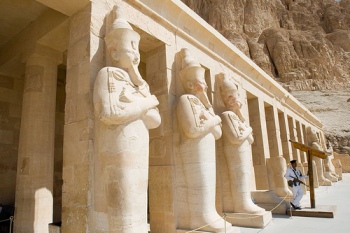 They endowed these gods with the characteristics of certain animals that were closer to their reality and gradually humanized them.

Thus the hawk is born in God Horusthe jackal of the desert Anubis; the crocodile of Nile in a feared and revered god in the region of The Fayum, etc.

They always existed although not in theory if in practice two lands: Upper and Lower Egypt. In each of the provinces the Egyptians maintained local deities, which increases the already significant number of dozens of gods. 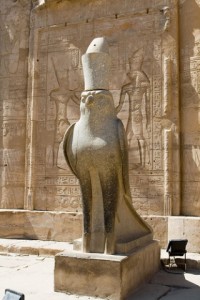 Several texts were written to give an organized account of these deities, and thus the Pyramid Texts are born, and the Book of the Dead.

his cosmogony It was divided into three regions:

Heaven, Nun, with the goddess Nut, mother of the gods.
The Earth, or the House of Geb, creator god, who receives Nut.
And an underworld, or Duat, the kingdom of the dead, ruled by Horus, and then by Osiris.